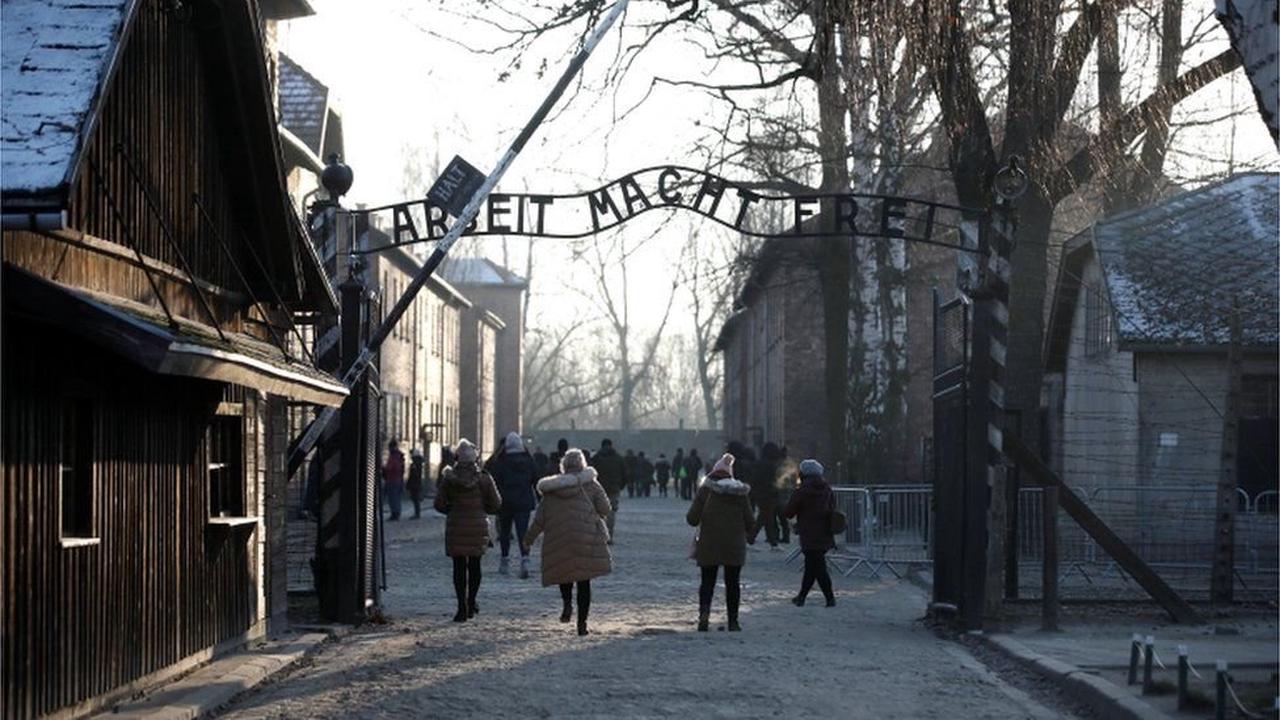 Image caption, The Arbeit Macht Frei (Work Sets You Free) gate at Auschwitz, the former Nazi death camp A Dutch tourist has been detained in Poland for giving the Nazi salute at the site of the former Auschwitz-Birkenau death camp, local police say. The 29-year-old woman made the gesture in front of the...

Nurse, 27, is arrested after infant was 'poisoned' and died at children's hospital in Birmingham

Man airlifted after stabbing in children park in Maidstone

Woman, 21, and teenage girl are arrested for 'trying to abduct a two-year-old child at car boot sale'

Man charged with murder of 36-year-old in Co Down

Man dies after being found unresponsive in Sudbury river