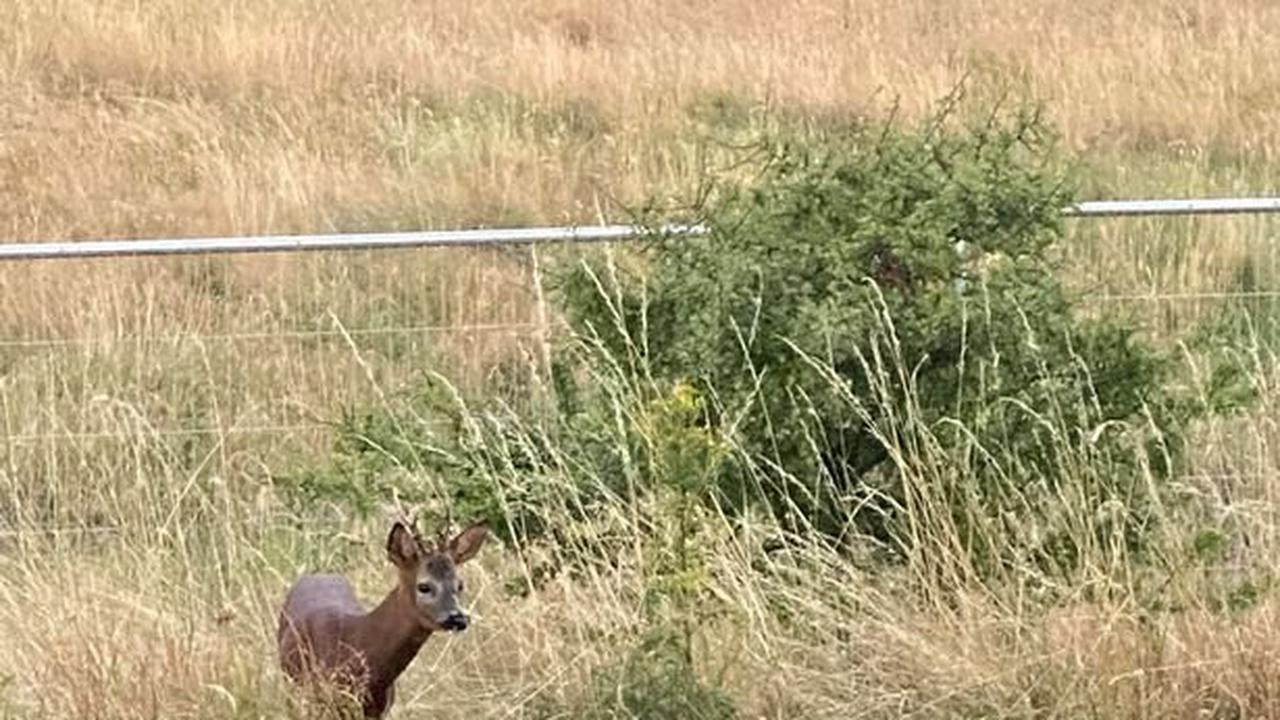 It was first spotted at 6.20pm yesterday A deer was reportedly trapped inside fencing at the Waterside development in Trentham A deer has been freed after it reportedly became trapped within fencing at a Stoke-on-Trent housing development which is under construction. Residents reported that the animal was 'trapped and scared' inside the fencing...