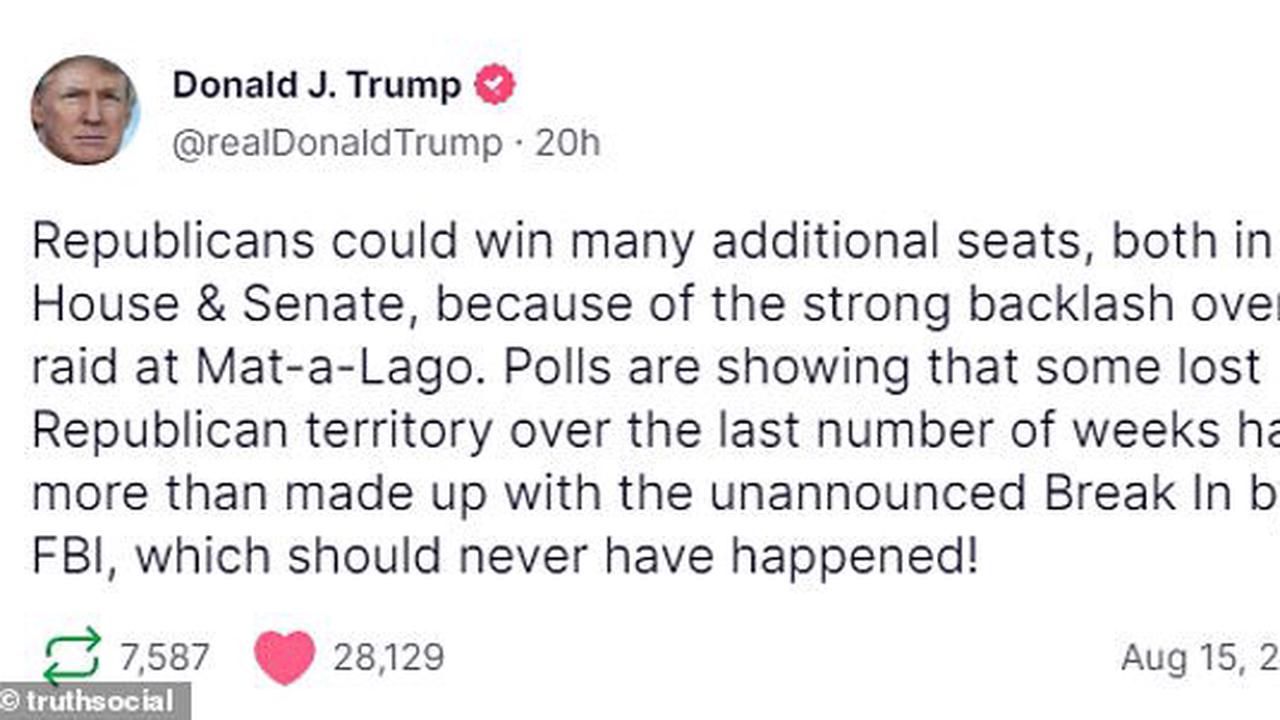 The former president has faced a string of investigations since leaving office He said the raid on Mar-a-Lago would help Republicans in the midterms He said a 'backlash' would lead to wins in House and Senate races Agents searched his Florida home last Monday and recovered secret files Former President Donald Trump claimed that...

Putin was my friend… or so I thought