University of Nigeria Nsukka becomes the first Nigerian University to break the record of producing an electric car In Nigeria. Confirming this reports, the Director-General of National Automotive Design and Development Council (NADDC) in the person of Mr Jelani Aliyu, has applaud the University. 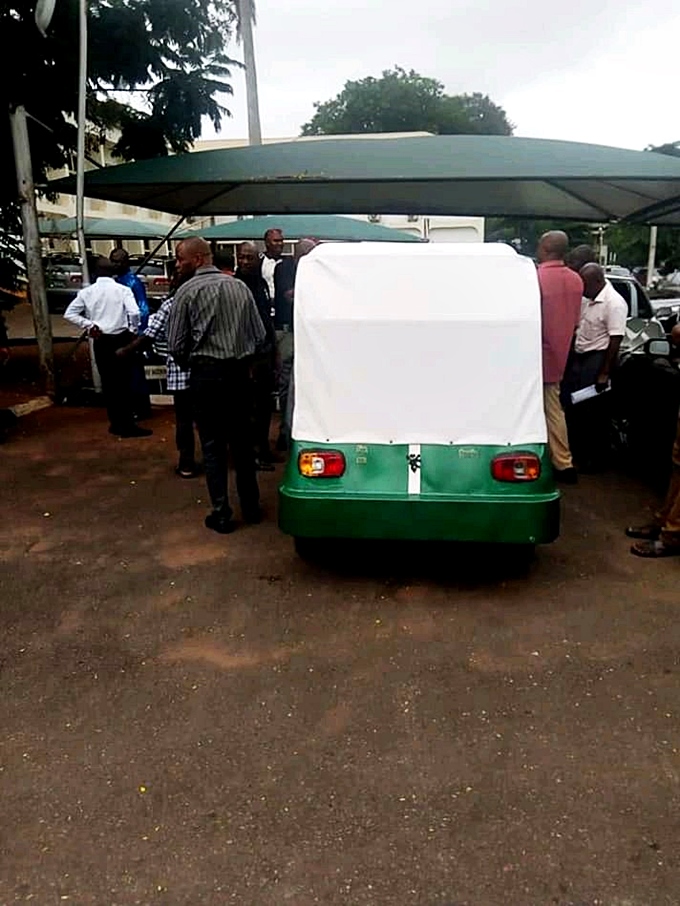 The event which took place the Faculty of Engineering, where Mr Jelani made a speech as he congratulate the Faculty on Monday during the unveiling of a five-seater Electric Car, named ‘Lion Ozumba 551′. 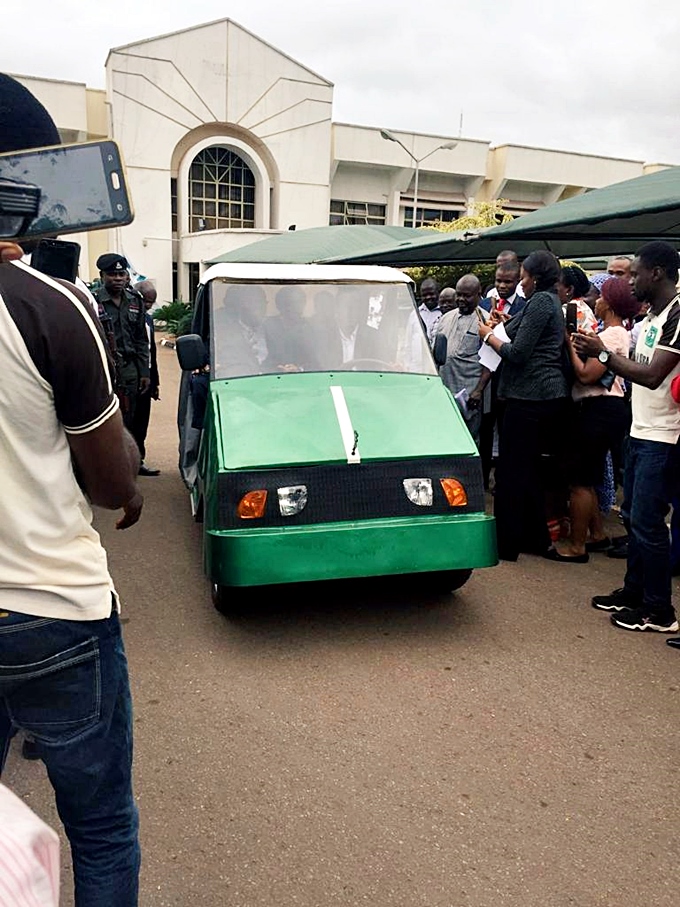 He also went ahead to urge other universities in the country to follow suit with the footstep  UNN has laid behind. Hinting on the serious attention to issues concerning innovations and technology,  He revealed that in order to move the country to the next level innovations such as this such be  commended and encouraged. 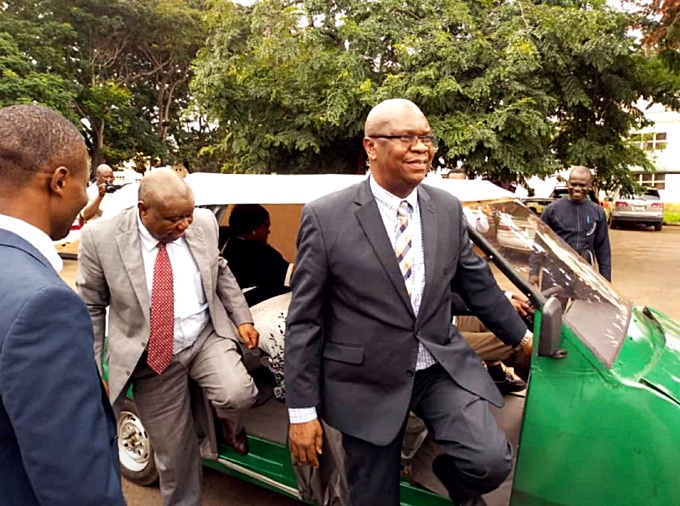 He said: “NADDC on Feb. 6, invited UNN, University of Lagos, Usman Dan Fodio University and Metrological Institute and urged them to prepare a paper design on how to produce an electric car in the country. 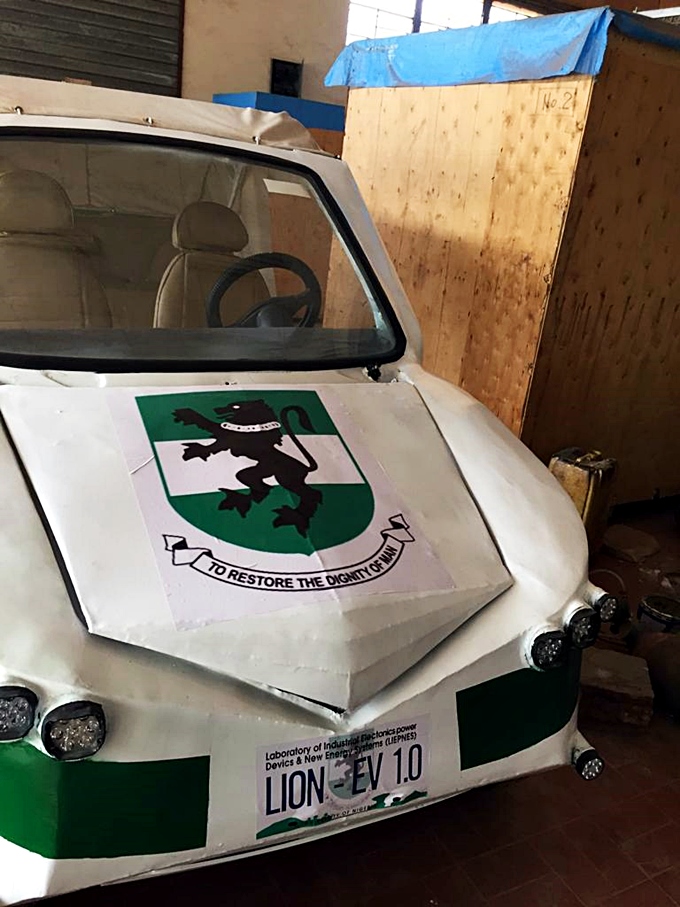 “The council is happy that UNN is the first to prepare a paper design and produced an electrical car that has been unveiled and test-run today in the university. We urge other universities and higher institutions in the country to emulate innovation and technology spirit of UNN.”

The NADDC boss, who was represented by Mr David Oyetunji, Director Finance and Account in the council, hoped that the growth in the automobile industry in the country would help to create more employments and save the nation’s foreign reserves spent in importing cars into the country.

“NADDC commends UNN, which recently produced the first gasification plant that used organic waste to generate electricity and today the same university is unveiling the first Electric-built car in the country,’’ his statement reads; In a remark, Prof. Charles Igwe, the Vice Chancellor (VC) of the university, who was visibly excited, said his administration would continue to give innovation and technology the highest attention in order to move the university to the next level.

Igwe expressed appreciation to the immediate past VC of UNN, Prof. Benjamin Ozumba, who, he said, laid the foundation for innovation and technology in the institution.

“I feel happy that I inherited a strong institution from Ozumba and I promised I will consolidate on his numerous achievements.
“I commend the Engineering Faculty for making the university proud and naming the car after Ozumba, who ignited the fire of innovation and technology in the university. 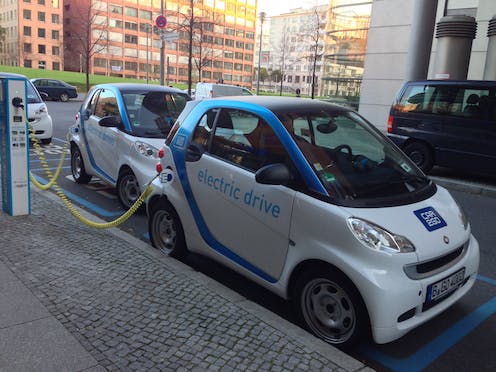 “I also commend NADDC for its encouragement as well as giving UNN a chance to show its potential,” Igwe said.
Speaking, Ozumba said he was overwhelmed with joy when he received the invitation for the unveiling of the electric car, which was initiated by his administration, “When I came on board, I said we need innovation and technology to be at par with China, U.S., Sweden and other developed countries of the world.

“That’s why I provided the resources and encouragement for innovations and technology because I believe that is one of the ways we can improve our country’s economy. It is my desire to improve the economy of UNN, the economy of Nigeria as well as increase the country’s foreign exchange,” he further said. 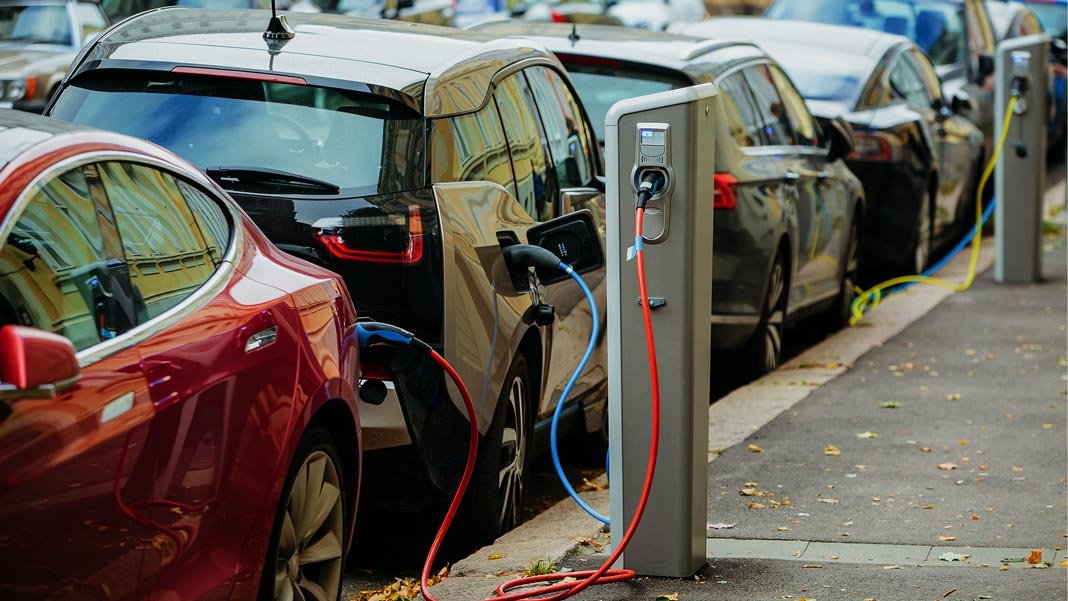 Earlier, Mr Ozoemena Ani, who was the coordinator of UNN Metatronic group that produced the car, said it was produced with 80 per cent local materials. Ani further said that the car could be charged in any electric socket and could cover a distance of 30 kilometres, when fully charged. He said: “We used 80 per cent local material content in building this electric car, while it cost us N800,000 to produce it. When the car is fully charged, it will go up to 30 kilometres before it can be recharged.”
According to reports, a major highlight of the event was the driving of the car round the university campus.

The movement of the car attracted many staff members and students of the institution, who thronged the major roads to catch a glimpse of the innovation.