Former Super Eagles winger, Victor Moses was left out of the team that put Fulham to the sword in the keenly contested West London derby on Sunday. The AFCON winner has now gone 5 consecutive games without participation in the premier league. The 27-year-old Moses who is expected to leave Chelsea in January has seen just 26 minutes of Premier League football this season for Chelsea. The Nigerian’s absence is due to Maurizo Sarri’s formation change from the Antonio Conte preffered compact 3-5-2 to a free flowing 4-3-3 where Davide Zappacosta is preffered to him as back up to skipper Ceasar Azpilicueta in the wing back role and Moses is not seen as good enough to displace the triumvate of Hazard, Pedro and William in the attacking wing positions. Chelsea returned to winning ways in the English Premier League on Sunday after defeating London neighbours Fulham 2-0 without Victor Moses, for the umpteenth time, at Stamford Bridge. Chelsea who suffered their first defeat of the season last Sunday to Tottenham at Wembley, secured their ninth EPL win thanks to strikes in each half by Pedro Rodriguez in the third minute and Reuben Loftus-Cheek eight minutes from time.

The Blues made a strong start to the game and were ahead after three minutes as World cup Winner N’golo Kante robbed Jean Michel Seri of the ball and laid a good pass for Pedro to finish from close range. The goal was Pedro’s fifth of the season and the 34th Fulham were conceding this season. 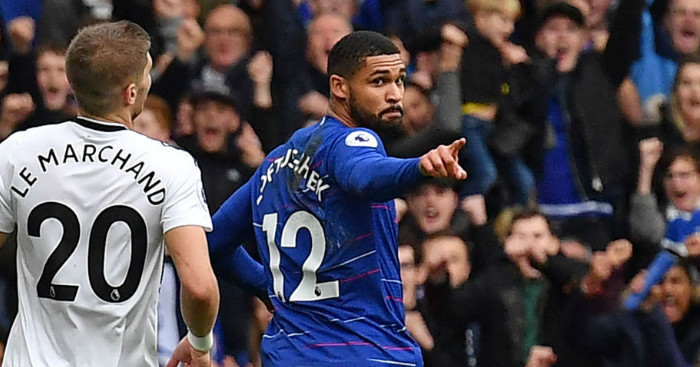 The Blues dominated play with their passes but failed to break the defence line of Fulham. Olivier Giroud was denied by a vital block from Sergio Rico in goal for Fulham in the 43rd minute. At the start of the second half, Claudio Ranieri made two substitutions replacing Ryan Sessegnon for Aboubakar Kamara and Stefan Johansen for Floyd Ayite while Chelsea Coach Maurizio Sarri also brought on Reuben Loftus-Cheek and Alvaro Morata for Mateao Kovacic and Giroud.

Morata and had a chance to double Chelsea’s lead in the 73rd minute but he blazed shot from close range over the bar as has been regular this season from the spainard. Loftus-Cheek making his 50th appearance for Chelsea sealed the win for the Blues finishing off a brilliant team play involving Morata and Eden Hazard. It was his fifth goal in five games for Chelsea. 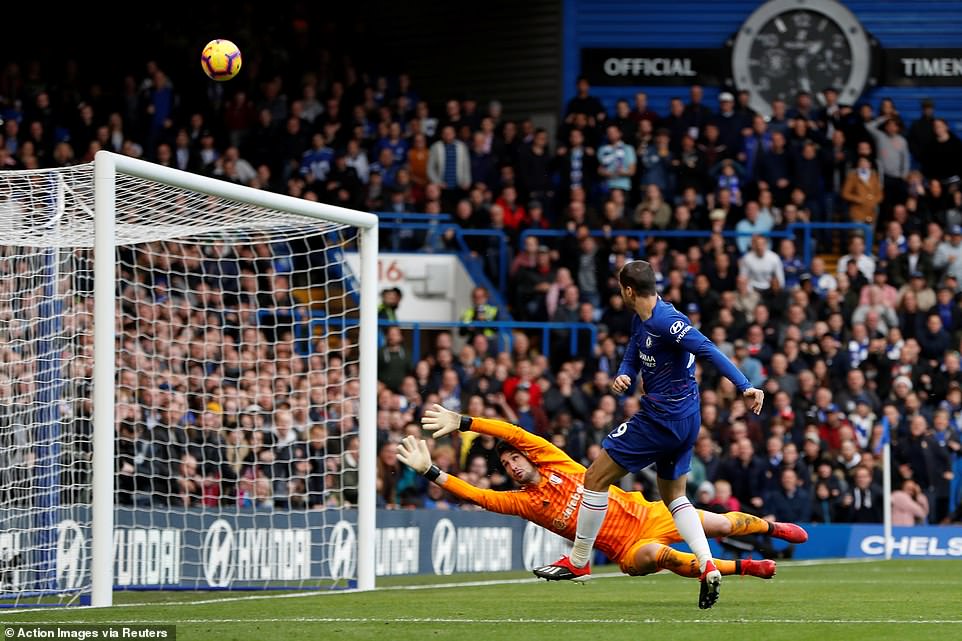 Chelsea moved back to third place in the EPL table while arsenal trails in fourth tied on points with Totenham. The Blues will face Wolverhampton Wanderers at the Molineux stadium in their next game before hosting Manchester City at Stamford Bridge on Saturday as the blues look to keep thier perfect home record intact against the citizens.

Manchester city had beaten Chelsea in Maurizio Sarri’s official first game in charge of the blues at Wembley in august to lift the community shield and the italian would be hoping his wards are ready to take revenge against Pep Guardiola’s unbeaten team. Most Chelsea fans don’t fancy their sides chances against city, do you?