The Internet has been set agog after a Twitter user made a revelation regarding the popular Muslim celebration Sallah.

The Twitter user was slammed after he claimed that he does not accept Sallah meat from his Islamic friends. 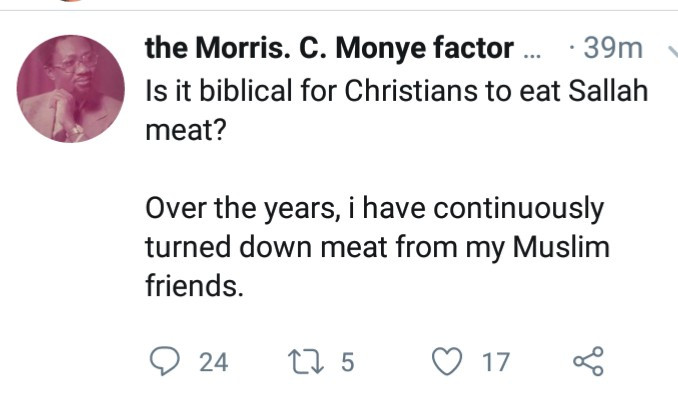 The Twitter user identified as @monye_morris was questioning with his tweet if it was biblical for Christians to partake of Sallah meat which was slaughtered for Muslims during the Islamic festivals. He then went on to say that he turns down meat from his Muslim friends.

He was however accused of discrimination and hatred by Twitter users who called him out for it.

See the responses he got below: 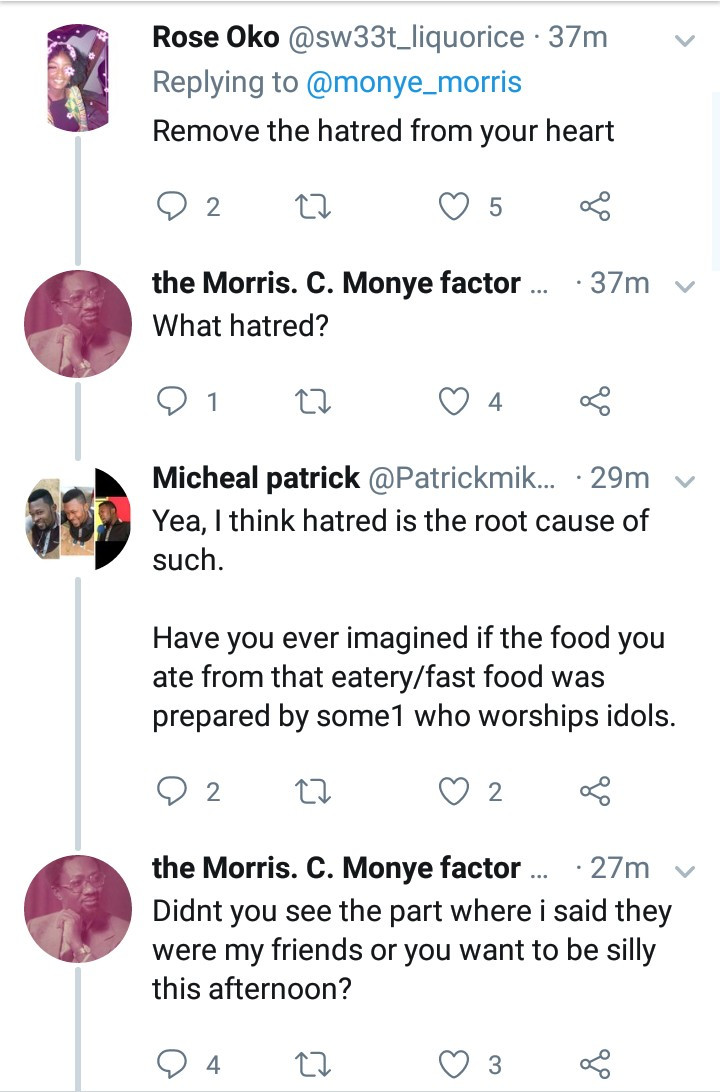 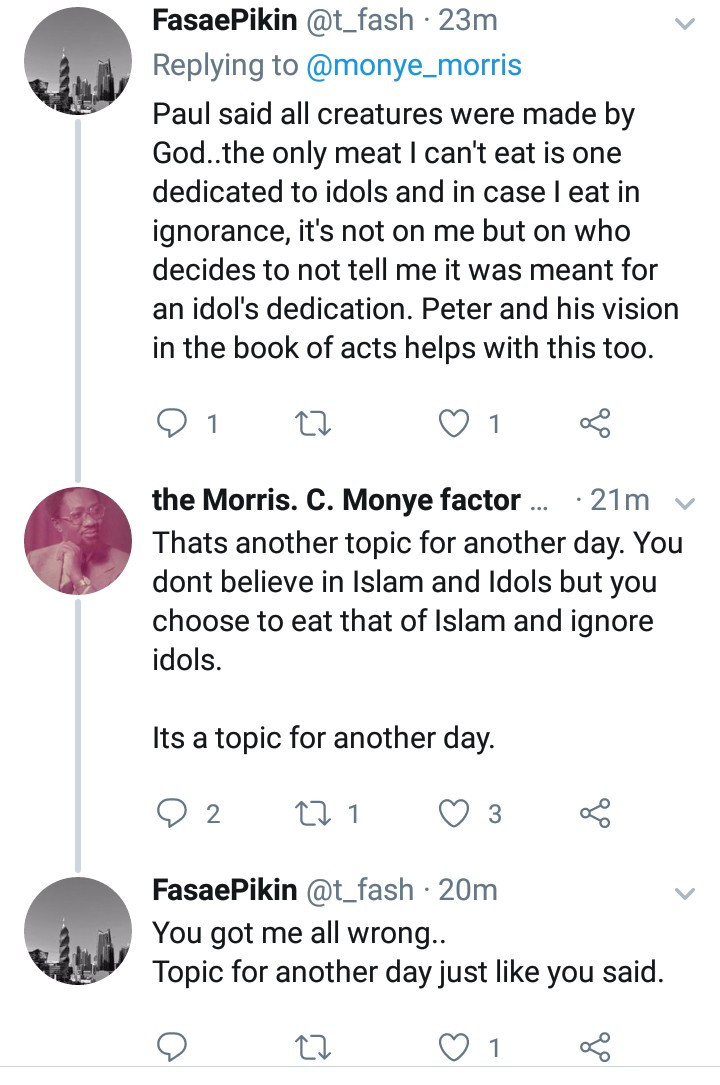 Let us know what your take is on this issue below.