In a few days from now, President Muhammadu Buhari will inaugurate his second term cabinet tagged “NextLevel.”The president didn’t submit his ministerial nominees before the National Assembly until close to two months he was sworn in.

In the list submitted by the president on Tuesday, July 23, 2019, nineteen of his first term cabinet members failed to make the list. One of them is Dr. Ibe Kachikwu, the former Minister of State for Petroleum Resources.

He isn’t the only political casualty, 18 others will not be finding a place in the NextLevel cabinet of the APC-led government.

After receiving the list, the National Assembly postponed its legislative holiday and swung into action the second day. The 43 names submitted before the lawmaking chamber will form members of Federal Executive Council very soon.

Kachikwu hails from Delta State, his slot was given to another man from his state, Festus Keyamo, a legal practitioner and former Spokesman of the President Buhari Campaign Council during the 2019 presidential poll.

So, why did Kachikwu failed to make the list despite his brilliant performance and his determination to solve some problems in the downstream sector?

One of the reasons might be his altercation with the former Group Managing Director of the Nigerian National Petroleum Corporation (NNPC), Dr Maikanti Baru, a Northern man from Bauchi State.

Recalled that Kachikwu’s lengthy letter was leaked to the public on October 3, 2017, where he accused the Bauchi man of awarding N9,000,000,000,000 ( $25billion) worth of contracts without the consent of the Petroleum minister or the NNPC board.

The letter was dated August 30, 2017. The letter dominated public discourse for several days and Nigerians were asking: How such huge contact could be awarded without the minister knowing about it?

However, some political analysts argued that it was part of the game to sideline the Delta man since the office of President supervises the ministry, while the minister of state was an assistant.

Analysts submitted that the former NNPC boss might have sought the approval of the president before embarking on the contracts.

At a point, Kachikwu also accused Baru of insubordination and violation of due process and taking unilateral decisions without his approval.

It was believed that Baru was doing so because of his closeness to a high profile within Aso Rock and influential politicians within the State House.

It was also gathered the influential Northern politician perceived Kachikwu’s letter as an affront and the best way to deal with him was to make or mar his chances of making Buhari’s ministerial list.

A source within the Villa was quoted by The Sun as saying, “since Kachikwu accused Baru of sidelining him, the power brokers ensured he remained sidelined till the end of the first tenure of President Buhari. They also ensured he never saw Buhari or succeeded in lobbying his way back a second time.”

Another reason Kachikwu was replaced with Festus Kayamo is what observers described as the reluctance of the former minister to explore oil exploration in the North as directed by Buhari in 2016. 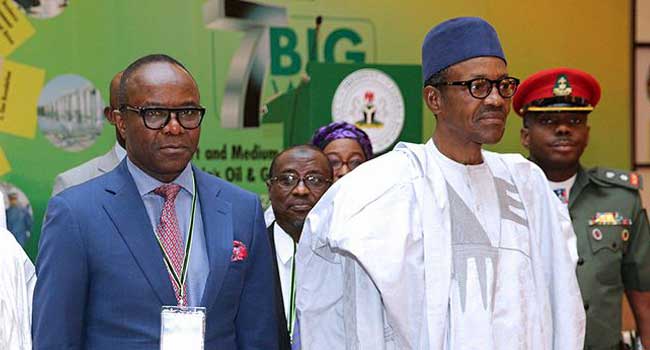 It was gathered that the former Defence Minister, Theophilus Danjuma, who was his backer had issues with the Buhari-led government. Danjuma had faulted the approach of the APC-led government to insurgency, banditry and kidnapping in the last three years.

Ibe Kachikwu may still come back since a typical Nigerian politician only hibernates and come back powerfully. Can he stage a comeback? Share your thoughts with us.