The whole drama of the 2019 elections have come and gone with winners and losers alike emerging from the polls.

With the tension of the 2019 elections now gone (at least to a large extent), a number of political heavyweights in the country have began talking about the 2023 polls. Senate President Ahmed Lawan is one of them.

The recently elected Senate President for the 9th Assembly, was reported by SAHARA REPORTERS to have said that handing over power to the South-west region would be the best honour the late Chief MKO Abiola could be given.

Lawan then went on to call on the President and his party, the All Progressives Congress (APC) to take the honour accorded to Abiola a notch further by handing over the 2023 presidential ticket of the party to the South West.

Lawan was quoted to have have said:

“I have said it before and I believe that 2023 presidential ticket of the APC must go to the South-west. Since I made this comment last time, some members of my party have been hatching a plot to suspend me from the party but I am not moved and I will still hold my ground that power must go to the west.

“June 12 Democracy Day is a milestone in Nigeria’s history and anyone who embraces democracy in Nigeria should be proud of what Buhari has done and it takes so much courage to do.

“So many Nigerian leaders have shied away from talking or acting about it because of the controversy arising from the date and fear of being scandalized but this is what Nigerians want, respect, rule of law and honour for those who fought and bled for democracy and that is what Nigerians should remember as significant for this date.”

This statements made by the Senate President leaves a lot to be desired. Was he really speaking with the interest of the late MKO Abiola in mind or did he have other intentions? Let us consider some facts below.

Almost immediately after President Buhari won the 2019 Presidential elections for the All Progressives Congress (APC), top members of his party shifted their attention to the 2023 elections.

One of the members of the party who has been continually linked to the race of the Presidency in 2023, is the National Leader of the All Progressives Congress, Asiwaju Bola Ahmed Tinubu. It has been reported in some quarters that the APC National leader is eyeing the seat at Aso Rock come 2023.

Some had also said that, this was the reason why the former Lagos State Governor had fought tooth and nail to ensure that his choice for the leadership of the National Assembly came into fruition.

Tinubu had on one occasion threatened that any member of the party who failed to go along with the choice of Lawan and Gbajabiamila would be dealt with by the party.

Immediate past Senate President, Dr Bukola Saraki, had said that Tinubu was only desperate in his support for Lawan and Gbajabiamila because of his 2023 Presidential ambition.

It cannot be concluded that Lawan made the statement with Tinubu in mind as he may actually have been thinking of supporting one of the children of the late MKO Abiola. Let us consider why this could be the case.

After the celebrations for democracy was held on June 12 2019, the first son of the late MKO, Kola Abiola made a revelation that Tinubu had actually worked against the interest of his father after the polls were annulled. He revealed that Tinubu went to General Abacha to beg for an appointment in his government.

As things would turn out, Abacha refused Tinubu his request which was why according to Kola Abiola, Tinubu decided to take a stand against the Abacha Government. This claim was corroborated by a chieftain of the PDP, Olabode George, who was himself a top military personality at the time.

This may have left a dent in the reputation of the APC National Leader with some seeing him as an opportunist who betrayed Abiola and the June 12 struggle for democracy.

This may be a reason why one of the children of the late Abiola, possibly Kola himself may be on the mind of Lawan when he made the 2023 South-West Presidency statement.

What is more, another reason why Lawan may actually have been referring to one of the children of the late MKO Abiola in his statement is the fact that in Nigeria, political legacies are sometimes passed on to family members of deceased politicians.

A striking case is that of Senator Ademola Adeleke of the Peoples Democratic Party (PDP) and his elder brother the late Isiaka Adeleke who was in the All Progressives Congress (APC) when he died.

The late Adeleke was a Senator representing Osun West and was said to be eying the Governorship seat in the Osun State 2018 gubernatorial elections.

He however died after allegedly suffering a heart attack, although some have disputed this claims.

After his death, his brother Ademola Adeleke tried to replace him in the Senate under the APC but was denied the party ticket. He later decamped to the PDP, his former party, where he was given the ticket to run for the by-elections.

Ademola Adeleke would go on to win the election and replace his brother in the Senate. He went to contest for the Governorship polls which he lost in controversial circumstances to Gboyega Oyetola of the APC.

The outcome of the polls is currently being contested by Adeleke with the case at the Supreme Court where final verdict is expected soon.

There is also the case of the late Funsho Williams, a former gubernatorial contestant in Lagos State under the PDP.

When Funsho Williams was assassinated in 2006, the Peoples Democratic Party (PDP) which was his party had handed the gubernatorial ticket of the party in Lagos State, to his wife, Hilda Williams. 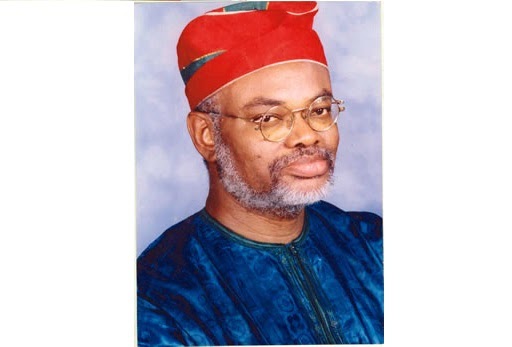 Some have however said that, if the original plan to hand over the ticket to Funsho’s widow Hilda had been carried out, the party would have ultimately defeated the Action Congress during the 2007 gubernatorial elections.

Back to the issue at hand, Lawan may have had this in mind when he said the President and the APC should hand the Presidential ticket of the party to the South-West. What is more, he said that he is supporting the cause as it was the best way to honour the late MKO Abiola.

We may just see one of MKO Abiola’s progeny becoming the President of Nigeria come 2023 as against the APC National Leader, Bola Tinubu. Time will tell.

Kindly leave your thoughts on this article in the comment section below.