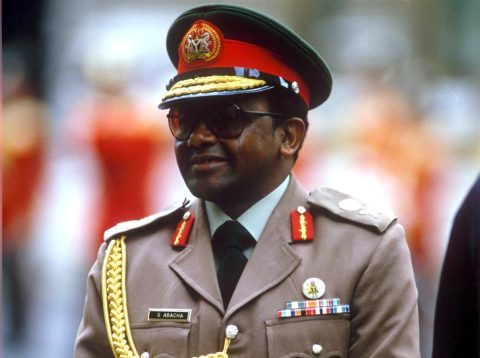 The news broke out on Tuesday that money laundered by late Gen. Abacha  has been seized from a bank in Jersey, Channels Islands by a British court.

The money worth £211,000,000 was put into accounts held in Jersey by Doraville Properties Corporation, a British Virgin Island company. 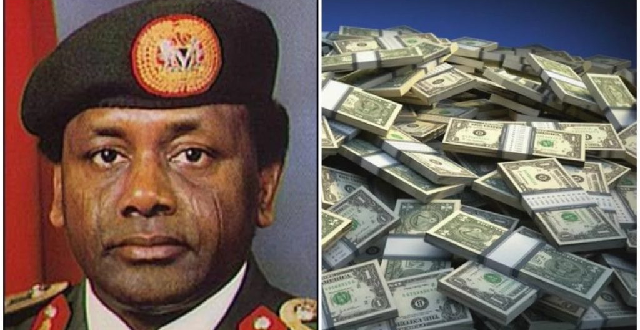 The recovery Abacha loot, as it’s fondly called, has been a long standing recurring decimal in the country, with installments of the funds the late general laundered oversea having being recovered in the time past.

The recent recovery was more than £228m that was originally deposited in Luxembourg, which is a fraction of the billions of dollars allegedly looted while Abacha was in power from 1993 to 1998.

But this latest discovery is to the tune of  £211,000,000 and will be held by the government until authorities in Jersey, the US and Nigeria come to an agreement on how it should be distributed.

Nigerians however have continued to react, pending the next line of action by the government.

An online user,Prof Ikechi Mgbeoji, has called for the country to immortalize the ex general who “stole that we may live”

He wrote: “Time has come for us to immortalize Abacha. He stole that we may live. Like a visionary squirrel, he stashed away the loot in dark and faraway places where the sun won’t shine on them. What a man! 211 million pounds sterling just popping up after 20 yrs? Genius. I say, genius.

Tragedy is that if Abacha was alive, we wouldn’t hear pim about his loot and exploits. He is getting these “insults” because he is in the grave. We have not heard of the loot of those he learnt from. Abacha was a genius but he learnt at the feet of grandmasters.”

See more reactions from others;

Abacha really the 3 eyed raven. Knew the economy was going to go shit and went ahead and kept money for us. 😩😂

Dear Gen. Sani Abacha,
I on behalf of other Nigerians want to appreciate you for helping us save all these monies, knowing Nigeria will one day need them.
23 years on, the loot is still flowing in like river Niger.
I don’t know why Rochas didn’t erect a statue in your honour. pic.twitter.com/Z1X45rnWu0

General Sani Abacha is about to send another £211,000,000 from his loot to Nigeria. Money discovered in another foreign account. Yet, he remains a hero to millions of Nigerians.

Abacha is the most futuristic head of state we ever had in Nigeria… He steadily saved up for Nigeria’s future.
Abacha = credit alert from hell pic.twitter.com/meSjoZiTHQ

So I hear Abacha has made provisions for our 2019 budget💃💃 😆😃😂 pic.twitter.com/FiKkyTUcH4

No Cap..
Buh this Man was the greatest. Imagine your loot surviving you, 23 years and we’re receiving alerts from the other side.. Ma nigga Abacha pic.twitter.com/KQvjO4zjTt

Abacha has been dropping alerts since 19teytey but @MBuhari says he didn’t steal .

£211m recovered from the Chanels Island that Abacha looted i.e equivalent of N82b

How did he achieve such feat when it was just 20naira and 10naira? pic.twitter.com/tC0yAJMK1t

Say Hello to the greatest thief ever

Abacha’s £211m uncovered in Channels island. Abacha has no match in stealing national treasure for now but wait until 2023 we will have his match pic.twitter.com/SRVdA3bmtF

“Southern grass is sweeter for our cows than notthern grass! Since the Igbos are claiming to be stubborn and they refuse to give us their land in peace it will be taken by force. The entire SE will be raided and taken over by herdsmen. The SE will boil any moment from now…”1/