Governor Dapo Abiodun of Ogun State has swung into action to work for the people of the south west state after taking over power from former Governor Ibikunle Amosun. Governor Abiodun was inaugurated on May 29, 2019 just like some other Governors across the country after winning the election. After he resumed work as the helmsman in the state, Governor Abiodun declared a state of emergency in the education sector. According to PM News, Governor Abiodun who arrived at Governor’s offie, Oke-mosan Abeokuta at about 9:30am Thursday was received by the Head of Service, Engr. Lanre Bisiriyu. 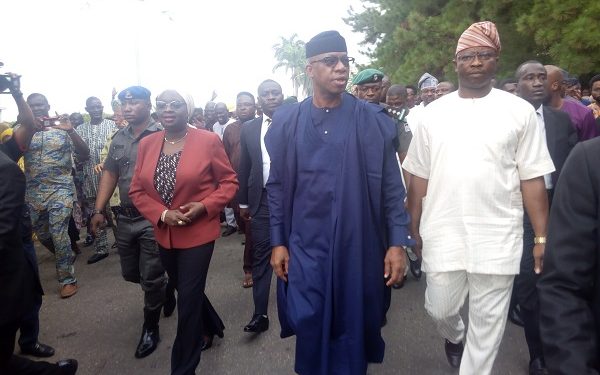 The new Governor went straight to inspect a guard of honour mounted by men of the Nigeria Police. He later moved to inspect some ministries, including the Civil Service Commission, Finance Ministry, Ministry of Chieftaincy Affairs, Office of the Head of Service and Deputy Governor’s Office.

Having done the inspection, Governor Abiodun engaged the permanent secretaries in a closed door meeting at the office of the Head of Service. After four and a half hours of meeting, Service Chiefs, including FRSC State Commander, Nigerian Prisons, Civil Defence Corps, Nigeria Immigration Service, Nigeria Customs Service, Director of DSS and the Commissioner of Police, Bashir Makama arrived the Governor’s Office for briefing.

Expectations were so high to know what the Governor had in stock for the people of the state especially given the series of meetings he was having with key government officials and security personnel as soon as he resumed work. 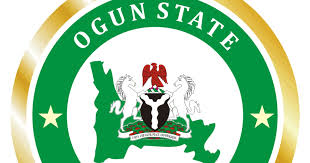 Meanwhile, after another hours of meeting with the service chiefs, the governor came out to address newsmen and declared a state of emergency in education. Governor Abiodun said, “We have began the business of government and we are settling in. I want to tell the workers that I have confidence in them and I want them to buy into the vision of our government and key in.
”Good governance is a priority to us here. We are not only going to ensure that we empower our local governments but we are also going to strengthen them so that they can perform their functions as entrenched in the constitution. We must ensure that we pay salaries on time, pay salary arrears. We must ensure that we pay and remit pension deductions, you cannot say you are for good governance and those things are not taken care of, you will not be taken seriously by both national and international funding organisations and multinational agencies.”

”We are going to be an effective government and well organised about everything we do. I shared with the workers our vision of creating an enabling environment for the public and private sectors to come in and invest in the State.We will transform the lives of our people. This administration will place a lot of premium on maintaining and repairing rural and township roads.We are going to be focusing more on primary and tertiary education. We are going to bring our education sector up to standard.”

”Yes, we have the largest number of tertiary institutions in this State, however, the performances of our students are not encouraging and we have to change that so we may be declaring a state of emergency in the education sector. We are going to ensure that we have an industrial hub in every Senatorial District,” he said.

Recall that Governor Abiodun had defied several oppositions against him to emerge winner of the governorship election in his state. former Governor Amosun had also opposed him against emerging the candidate of the ruling All Progressives Congress, APC.

However, he eventually picked the APC guber ticket and against all odds went on to win the main election beating other candidates in the contest. Ogun people are all hopes looking up to Governor Abiodun to fulfill his promises after they have voted him in as their Governor.
What are your thoughts on this story?
2APCDapo AbiodunIbikunle Amosun