Nigeria Vice President, Yemi Osinbajo, has presided over the Federal Executive Council meeting at the Presidential Villa, Abuja, as the deadline given to cabinet members for submission of handover notes expires.

Recall that on the 17 of April, President Muhammadu Buhari, asked for a comprehensive “status reports on policies, programmes and projects” from cabinet members on their respective ministries, departments and agencies.

Buhari, who is on a visit to Borno, will depart for the UK later in the day.

The deadline for submission of the reports to the Presidential Audit Committee in the office of the Vice President was April 24. 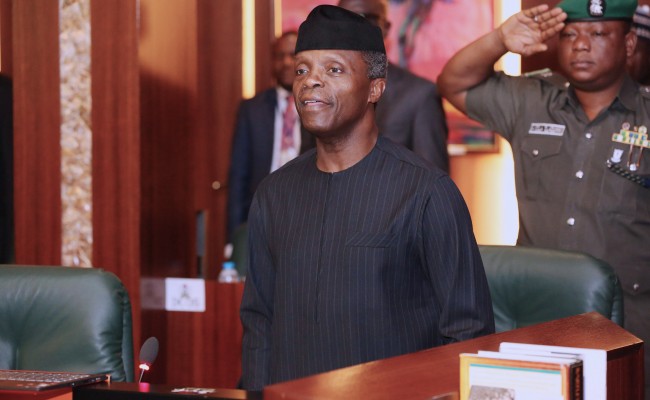 The 9th and 10th FEC meetings were rescheduled for April 25 and May 2 respectively in view of the Easter break and May Day celebrations.

More so, ministers were directed to “ensure that all outstanding memoranda they intend to present to FEC are submitted to the Cabinet Affairs Office, Office of the Secretary to the Government of the Federation, not later than April 30’’.