It is no longer news that President Muhammadu Buhari also gave Senator Ahmed Lawan is endorsement to contest for the post of Senate President in the incoming ninth assembly.

Buhari was said to have been one of All Progressives Congress (APC) stakeholders that made Lawan emerge as the preferred candidate of the party.

Lawan’s endorsement by Buhari and the party stakeholders has received criticisms from other party chieftains which faulted how Lawan emerged as the preferred candidate of the party.

Remember that, Senators Ali Ndume (Borno) and Danjuma Goje (Gombe) have also shown interest in same post, but has been termed as going against the party.

Ndume, in-spite of all, has continued to campaign intensively to his colleagues including those within the opposition party.

However, Ndume has received a new boost to his candidacy as stakeholders and elders from Borno State have come out to assure President Buhari that their kinsman, Ndume, will not sabotage the APC government if elected the President of the Ninth Senate.

They also appealed to Buhari to reward Ndume’s loyalty to the APC by supporting the senator’s aspiration to emerge as the presiding officer of the red chamber during the inauguration of the Ninth National Assembly.

This was made known today by the Spokesperson for the group under the aegis of Concerned Borno Citizens, Alhaji Yakubu Umar, in a statement made available to THE PUNCH correspondent in Abuja.

The group alleged that certain dark forces were seriously working on a plot to hijack the leadership of the Ninth National Assembly for their selfish political gains that could be highly counterproductive to the policies of the Buhari Presidency in its second term.

The Borno elders reminded Buhari of his endorsement of Ndume’s bid to contest the office of the Senate President last December and wondered why the party decided to zone the office to Senator Ahmad Lawan, instead of zoning it to the North East. 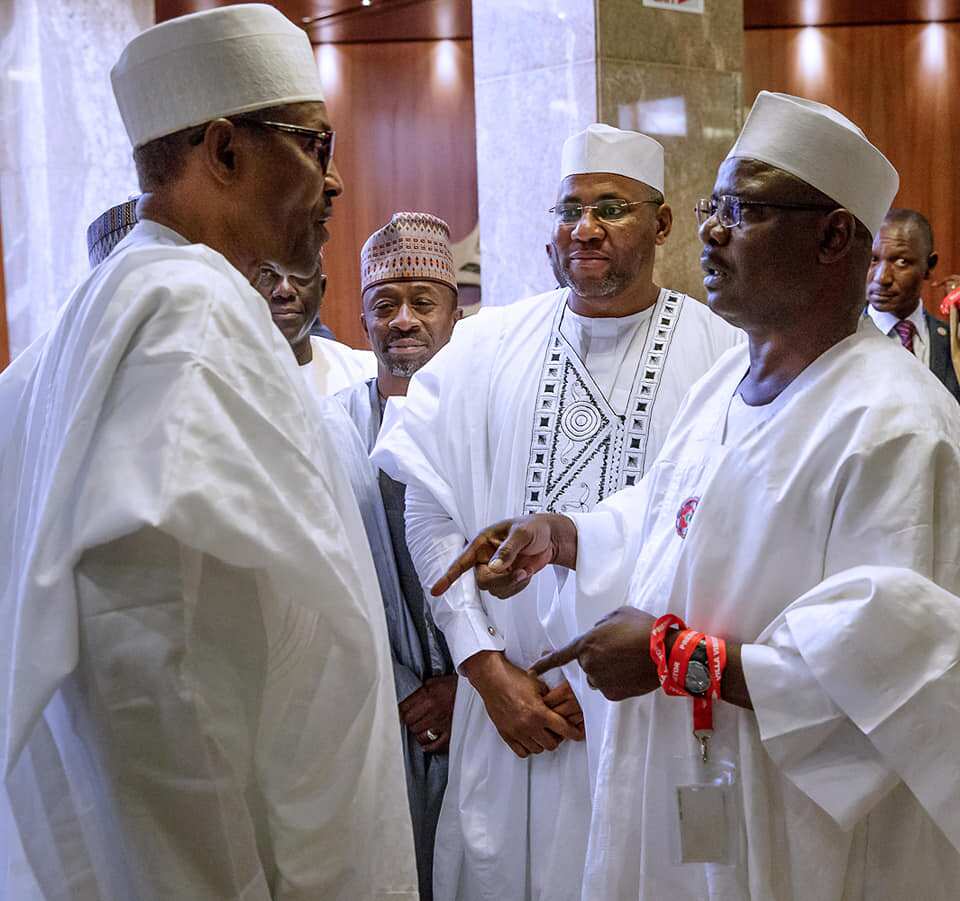 The statement read, “We decided to come out publicly to mobilise support for Ndume last month when he confided in us that he had discussed his ambition with Mr. President.

President Buhari did not only agree that Ndume should contest but also endorsed him; which was what encouraged him to step out in preparation for the contest.”

The group asked Buhari to remain committed to Ndume, irrespective of the political pressure from certain quarters.

It added, “President Buhari in December last year unreservedly made an undertaking to handsomely reward any party member who works very hard for him to win his re-election bid.

“Our group which boasts of former governors, former ministers and other leaders of the APC in Borno State want Ndume to be considered for the position because our state gave the party over 90 per cent of the votes from the state in the just concluded election.

“President Buhari should not suffer further sabotage by allowing a wrong person to be elected as the Ninth Senate President.

“The President should personally subject antecedents of Senators Ndume and Lawan to scrutiny to determine who is more loyal, experienced or qualify to be Senate president.