Clash Of The Titans!!! Soyinka Blasts Obasanjo: I Challenge Obasanjo To Swear To This Nation That He Never Awarded Oil Blocks For intercourse

Professor Wole Soyinka:! Now challenge you(Obasanjo) to search your soul very deeply, and swear to this nation that you never awarded oil block in return for sexual gratification. I don’t make accusations lightly and I despise snide insinuations. When Donald Trump and Bill Clinton were accused of sexual misconduct.

No one ever accused them of using nations assets for a romp on the presidential desk of the Oval Office and not even Bill Clinton who nearly lost his office through Monica Lewinsky was ever accused of the passing of any of the White House heirlooms, or influence contract for a sexual favour.” 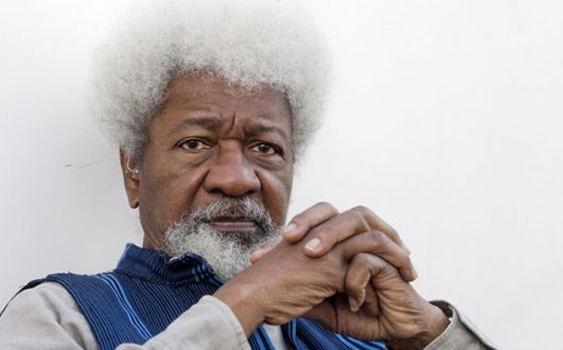 Then the former president said to him: for Wole, no one can be good, nor can anything be spot on politically except that which emanates from him or is ordained by him. His friends and loved ones will always be right and correct no matter what they do or fail to do.”

Prof Soyinka once again responded: I know that deep inside, there is a soakaway pond of personal insecurity struggling to be drained. Beneath every bully, there is a sacred product of insecurity and troubled conscience. Now fight your own demons as best as you can… I have only one demand keep away from movements struggling to restore this nation to the path of sanity and even moderate rectitude:

Chief Obasanjo responded: Wole is a misfit, as a political analyst, commentator or critic. It was good that he did not go into politics.
Prof Soyinka spoke again: that structure in Abeokuta remains a moral eyesore to those who were in a position to obtain even a glimmering of the proceedings that inflicted such purulent carbuncle on the landscape of my state, Ogun.

However, even the grossest evil can be turned to some good. When we were school pupils. One of our illustrated reading texts was one titled: This is the house that Jack built. Today and forevermore, generations could point to that thing which I have dubbed the presidential Laundromat and say this is the house that fraud built. Talking about Obasanjo presidential library.

Chief Obasanjo responded: Soyinka, is surely a better wine connoisseur and a more successful “apart “ (guinea fowl ) hunter than a political critic, not to talk of what he would be as a politician.

These are elder statesmen that have made unmatched achievements in their individual careers. Chief Olusegun Obasanjo the longest serving Nigerian head of state and the most honoured among those who occupied the exalted office in the history of Nigeria. He holds the highest academic degree PhD from the National Open University Of Nigeria NOUN. He has authored over thirty books and is an unpaid facilitator at the National Open University Of Nigeria.

For Prof Wole Soyinka he is a living encyclopedia. The gist African to win the Nobel prize in literature and the only Nigeria to have attained such feet. There is indeed no Nigerian lining or dead that has met the claw of Wole Soyinka in the arts. These are our mentors and these extracts are their speeches and books.