In what appears as his last minute interaction to the Senate membership, Senate President has spoken to the members of the 9th Assembly, urging them to work together.

Saraki was the Senate President for the 8th Senate and all a long tussle with the executive even while he was still a member of the APC and then later when he openly declared his defection to his former party, the PDP.

As The Race For Senate Presidency Hots Up

You will recall that on the morning of June 9, 2015, Senator Ahmed Lawan who represents Yobe North constituency in the upper legislative chamber, was dusting off his ‘agbada’ as he prepared himself to be crowned Senate President of the Federal Republic of Nigeria, when cruel fate threw spanners in his preparations.

His political party, the All Progressives Congress (APC), had assured him that the position of the Number 3 man in the nation’s power hierarchy, was his for the taking.

Because in Nigeria, when your political party assures you of a position, that position eventually ends up yours, Lawan harbored no fears whatsoever. He could well have gone to sleep.

So, Lawan, now 60 years of age, joined other senators elected on the platform of the APC for a meeting with party godfather, Bola Ahmed Tinubu, a few kilometres away from the national assembly.

But Saraki Outplayed Everyone…

On the day of the election which also happened to be about the same day, the election was sheduled to hold, Lawan and his APC colleagues would learn from the venue of their meeting, that Dr Abubakar Bukola Saraki of Kwara central, had outsmarted them all by colluding with senators elected on the People’s Democratic Party (PDP) platform and a sprinkling of dissident APC senators, to install himself President of the 8th Senate. 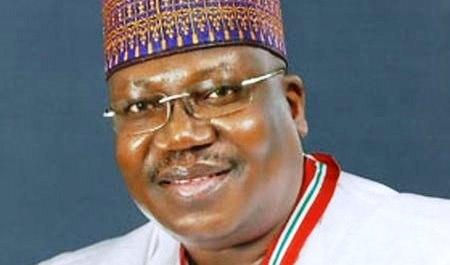 And so as the 9th senate prepares to inaugurate new members and elect principal and presiding officers, Lawan once again feels that this is his time to become President of Nigeria’s Senate. He should be forgiven for not leaving anything to chance at the second time of asking, even though he still wears psychological scars from the morning Saraki dealt core APC loyalists devastating body blows.

“Let me say that we are senators who believe in party supremacy. We believe in the leadership of our party. The leadership we are seeking is that of the senate and the national assembly”, Lawan says as he sets out his stall for another senate president run.

What Saraki Told The Senators…

The Senate President, Bukola Saraki, has urged members of the 9th National Assembly to work together.

Saraki, who is an outgoing Senate President said the incoming lawmakers must work together in the interest of Nigerians.

The Senate President made the appeal during the ongoing orientation programme for members-elect of the 9th National Assembly and was contained in a video posted on his verified Twitter handle, on Monday.

He also appealed to the incoming lawmakers to continue to protect the image of the National Assembly.

See His Video Below:

VIDEO: Yesterday, the President of the Senate, Dr. Abubakar Bukola Saraki, delivered the Keynote Address and Opening Remarks at the Orientation Programme for Members-elect of the 9th @NASSNigeria. pic.twitter.com/0Q6Iblxsts

According to Saraki: “In order to meet the aspirations of the Nigerian people, both chambers of @NASSNigeria must work closely together.

“It is important that there is cooperation irrespective of party position and affiliation. You have been elected by different parties but once you get to the National Assembly, your constituency is Nigeria,” he said.

Lets have your thoughts on this story below.