Act Of Desperation! Atiku Reacts To The Inclusion of Dangote, Otedola, In Buhari’s Campaign Council

Presidential candidate of the Peoples Democratic Party, PDP, Alhaji Atiku Abubakar, has reacted to the inclusion of two billionaire businessmen, Aliko Dangote and Femi Otedola in the All Progressives Congress, APC, Presidential Campaign. 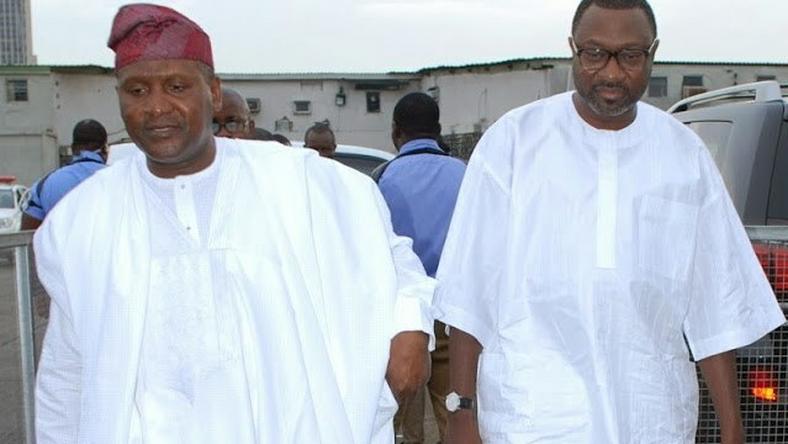 Atiku said the move was an act of desperation on the part of Buhari and the APC.

The former Vice President spoke through one of his Presidential Campaign spokesperson, Kassim Afegbua.

According to Atiku, it would have served Nigerians better if the businessmen were included in Buhari’s economic management team to avail him their wealth of knowledge on how to create jobs.

Atiku said, “These people are businessmen, not politicians. These are the kind of people Nigerians expect to see in the economic management team because of what they have done for this country.

“He (Buhari) is simply out to blackmail them because by the time they fund his campaign, he will turn around and call them corrupt businessmen.

“Nigerians can now see for themselves what we have been talking about all this while and we call on them to vote out this grossly incompetent administration, whose stock in trade is blackmail of perceived enemies.”

Meanwhile, the Presidency, through the Special Adviser to the President Buhari on Media and Publicity, Femi Adesina, has clarified Dangote’s position in the list.
According to Adesina, Dangote not being a card carrying member of the APC cannot be on its Presidential campaign council. In a terse statement last night, Adesina said, “It has become imperative to further clarify the status of Alhaji Aliko Dangote, named under the sub-head ADVISORY MEMBERS in the All Progressives Congress, APC, Presidential Campaign Council announced on Friday, December 28, 2018.
“Africa’s richest man, not being a card-carrying member of APC, cannot, and is not member of the PCC.

“He is also a member of the Peace Committee, and thus cannot be in a partisan campaign council.”