The Oyo state police command, on Monday, rescued over 400 captives, who were held hostage at a mosque around Ojoo area of Ibadan, the Oyo State capital. The state commissioner of police, Shina Olukolu, who led the team of police officers to the centre, said a 17-year-old escapee from the holding facility in another part of Ibadan hinted the police about the development.
>>>READ MORE : 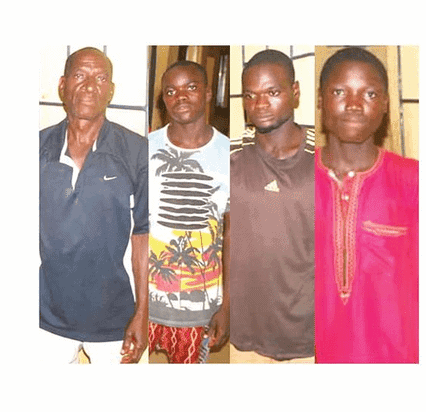 A 60-year-old retired teacher and three others have been arrested by the Police for allegedly having unlawful sexual intercourse with a 9-year-old girl in Niger State.
The suspect, Usman Ibrahim, 60, revealed that he has also slept with the victim’s elder sister who was his regular girlfriend.
>>>READ MORE

The Academy has disqualified Nigeria’s “Lionheart” from the Oscar race in the Best International Feature Film category, dropping the number of films competing for the award to 92 from what had been a record 93 entries.
>>>READ MORE