The International Union of Muslim Scholars (IUMS) has decried mixing call to prayer with music during a ceremony attended by Pope Francis when he visited King Mohammed VI in Morocco on Saturday. The religious body condemned a performance in which three Muslim, Jewish and Christian singers sung hymns while music playing by the Royal Philharmonic Orchestra in the background at Mohammed VI Institute for the training of imams. 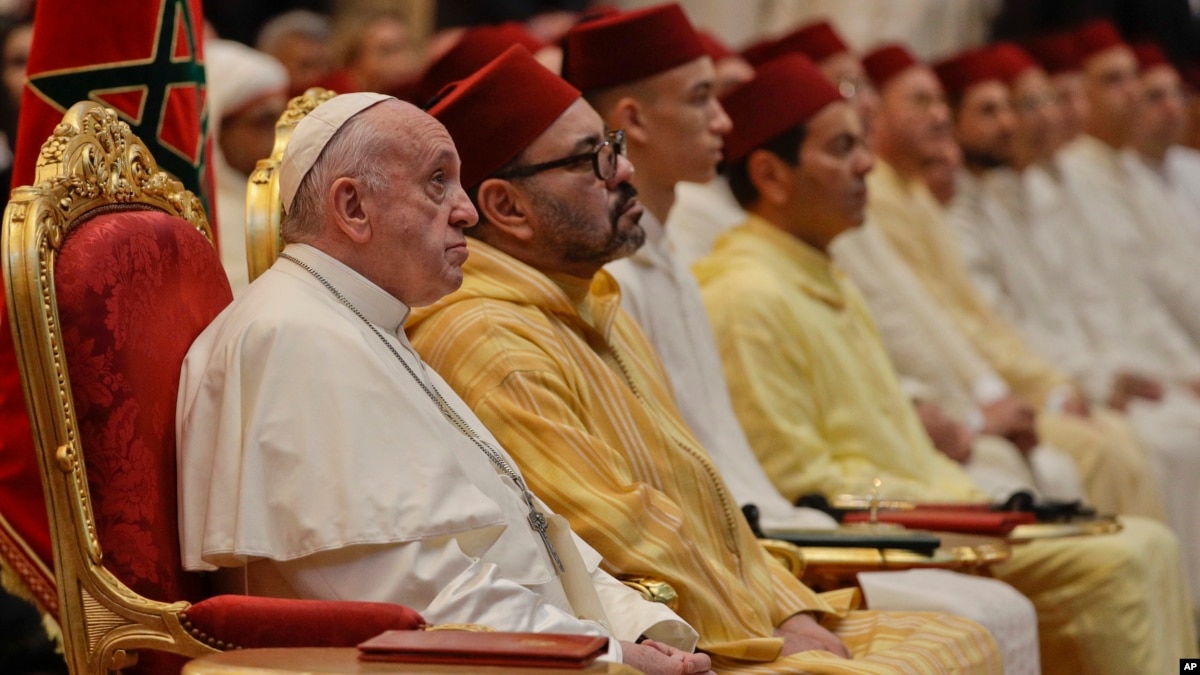 In a press release published on the union’s website, the body expressed their condemnation and dismay over the performance.”We were surprised and shocked about what happened in the Institute for the Training of Imams in the Kingdom of Morocco, where the call to prayer, one of the greatest rituals of Islam, was mixed with Christian hymns and chants,” the statement said on Monday 1 April. 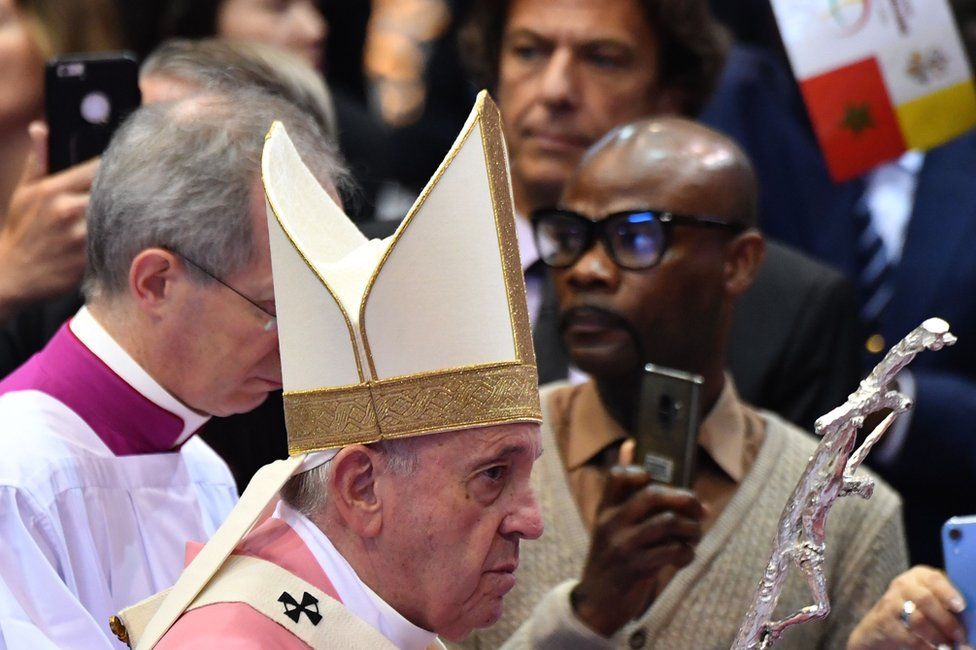 The show ended with the three singers locking their hands together followed by spectators’ applauding.

The press release reiterates that tolerance exists in Islam and should be sought after, but it rejects “fabrication and disruption of Islam pillars”. Hamza El-Kettani, brother of preacher and former political prisoner Hassan Kettani, said in a publication he posted on his Facebook account that the performance is a form of “atheism and apostasy”.While, many religious leaders condemned the performance, former Salafi Mohamed Abdelwahhab al-Rafiki appreciated the show and criticised those who attacked it. 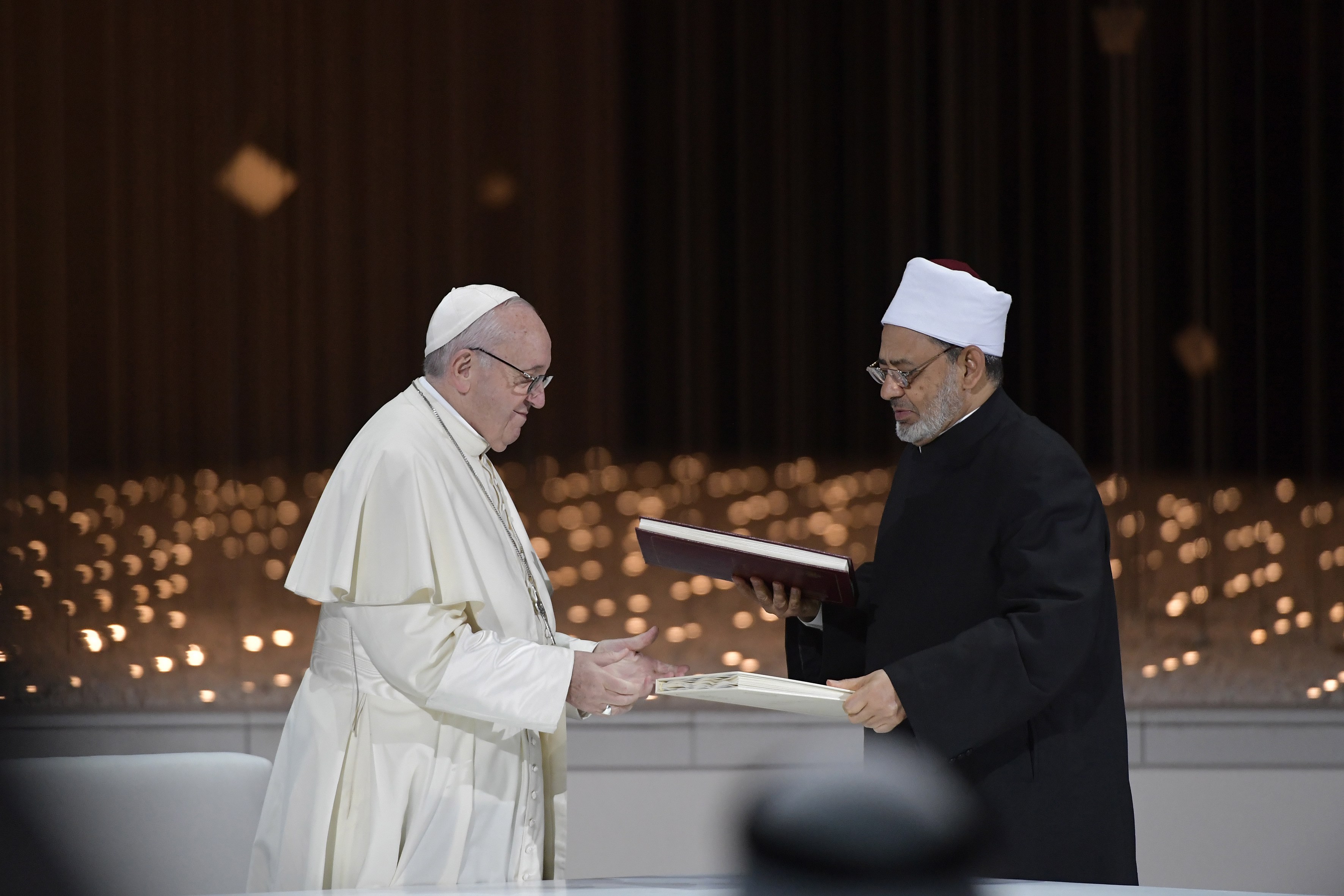 Rafiki said that they rejected the performance because “they have a superiority complex” and because of their “historical hatred of art”. 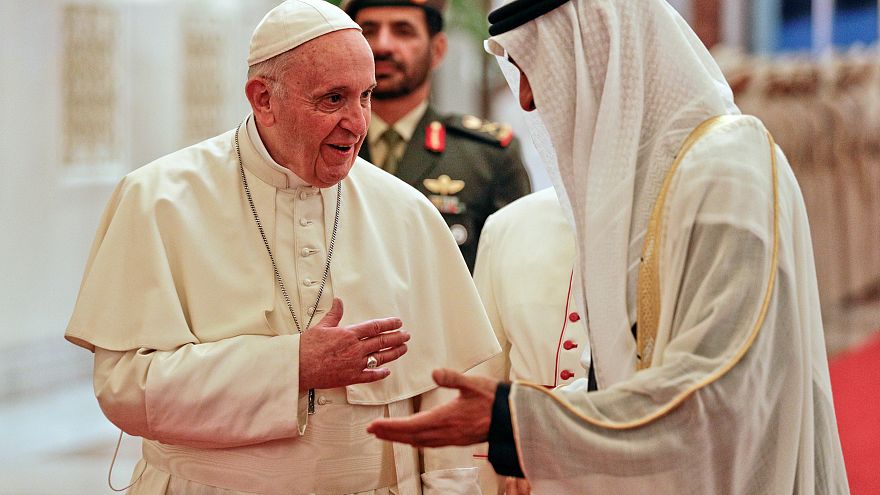 Pope Francis landed on Saturday in Morocco for a trip aimed at promoting moderate Islam and showing solidarity with the plight of migrants at Europe’s door. He also held a mass on Sunday for nearly 10,000 members of Morocco’s Catholic minority and called for existence between the three Abrahamic religions: Judaism, Christianity and Islam.

The highlights of the Pope’s visit was when he called for making Jerusalem a “symbol of peaceful coexistence” for the three religions. Islamic Educational, Scientific and Cultural Organisation (ISESCO) hailed the pope’s visit to Morocco.

The organisation’s Director-General Abdulaziz Othman Altwaijri expressed his admiration for the pope’s visit and king’s speech, which he said underscores “cohesion and compassion between Moroccans regardless of their religious differences”.