Valentine’s Day wasn’t getting much love in the world’s biggest Muslim majority nation Thursday as Indonesian authorities urged amorous couples to call it quits and carried out raids to quash any wayward gift-giving.

About 100 students in the second-biggest city, Surabaya, demonstrated against the chocolates-and-flowers celebration, saying it promoted Western decadence and casual sex. 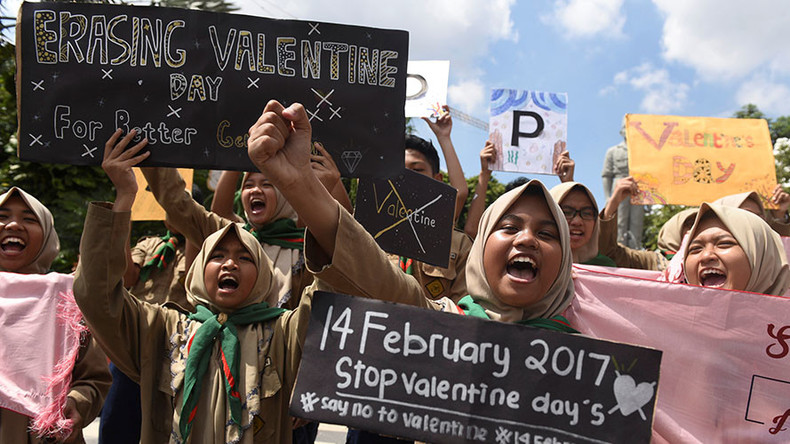 “Say no to Valentine’s now!” chanted the high schoolers, most of them teenaged girls in hijab head coverings. Some held placards with phrases like “Sorry Valentine’s Day, I am Muslim”. School principal Arief Himawan warned that couples giving each other chocolates or other treats can quickly lead to sin.

“We want to remind our young generation not to be caught up in Western culture,” he told AFP. Authorities conducted raids in Surabaya, and Makassar city on Sulawesi island to snuff out any celebrations. In conservative Aceh province — the only place in Indonesia that imposes Islamic law — a fresh Valentine’s prohibition was issued, citing religious norms. People are publicly whipped in the region for a wide range of offenses including selling alcohol and gay sex and similar bans have been ordered in previous years. While Valentine’s was off the cards for some, many Indonesians practise a moderate form of Islam and celebrate the day with chocolates and flowers for their loved ones.

Meanwhile in India, more than 10,000 schoolchildren, some as young as six, made a Valentine’s Day pledge not to marry without their parents’ consent. The vast majority of Indian marriages are arranged by families and couples who defy tradition to marry outside caste and religion face a severe and sometimes deadly backlash.

Some 10,000 pupils aged six to 17 and even some teachers took a vow at 25 schools to “love and respect their parents till eternity” in the western state of Gujarat — the stronghold of Hindu nationalist Prime Minister Narendra Modi. 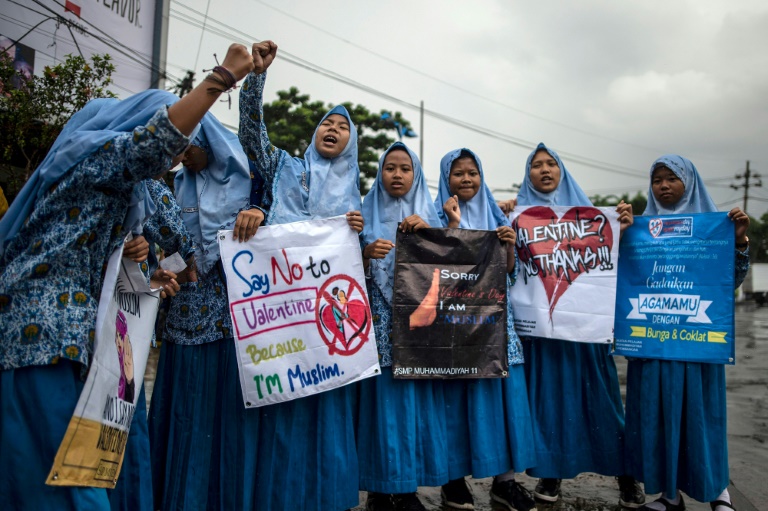 “I will always respect their decision because no one in the world has sacrificed for me like them,” said student Samadrita Banerjee. People in swifty-changing but still largely conservative India also often frown upon unmarried couples who can find themselves being abused and harassed in public places.

Elsewhere, a school association in the southern state of Karnataka alerted teachers and parents to ensure children did not celebrate Valentine’s Day by bunking classes to go to shopping malls or the movies, The Times of India newspaper reported. 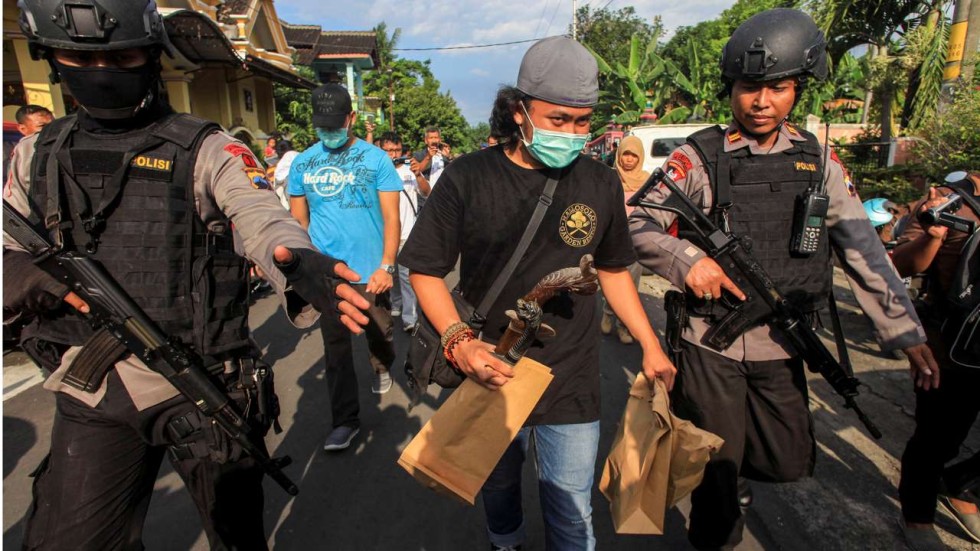 Let us hear what your thoughts are on tis story in the comment section below.