Not in all his years of coaching Real Madrid has Zinedine Zidane tasted elimination from the Champions League, and he will begin a fresh campaign against Paris Saint-Germain on Wednesday, although he will be forced to do so without Luka Modric, Isco, Fede Valverde and Marco Asensio. All four of the aforementioned players missed training on Monday, although that is hardly a surprise with regards to Asensio as he continues to rehab following ACL surgery. This continues the idea that Zidane will be forced to take a makeshift team to the French capital to battle Thomas Tuchel’s French champions, although the absence of both Neymar and Kylian Mbappe will have a huge impact on the encounter. Sergio Ramos trained perfectly well on Monday, yet he will not be available for selection in Paris as a consequence of his two-match European suspension for his intentional yellow card against Ajax last term. 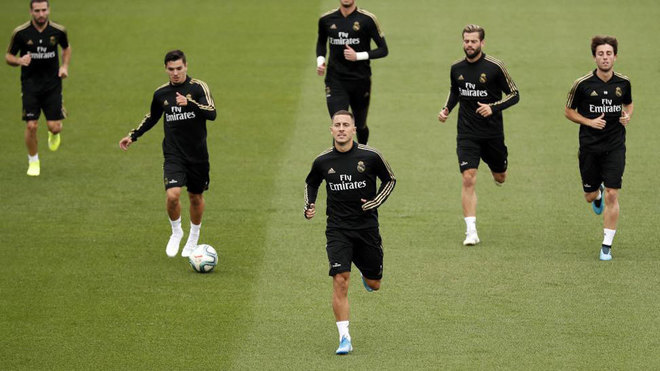 Another hangover from the catastrophic defeat to the Amsterdam club is Nacho Fernandez’s suspension, with the Spanish defender unavailable for the PSG meeting. With Nacho unavailable, Adrian de la Fuente trained with the senior group at Valdebebas on Monday afternoon and could well be part of the travelling squad who make their way to Paris on Tuesday. Eden Hazard trained without complications as he continues his recovery from a thigh injury, and he could well be given the chance to start in a competitive match for the first time under Zidane on Wednesday.