Barcelona stroll past Real Madrid female team (CD Tacon) on Saturday afternoon with a humiliating scoreline of 9-1 in what was billed as women’s football’s first clasico at the Estadi Johan Cruyff. 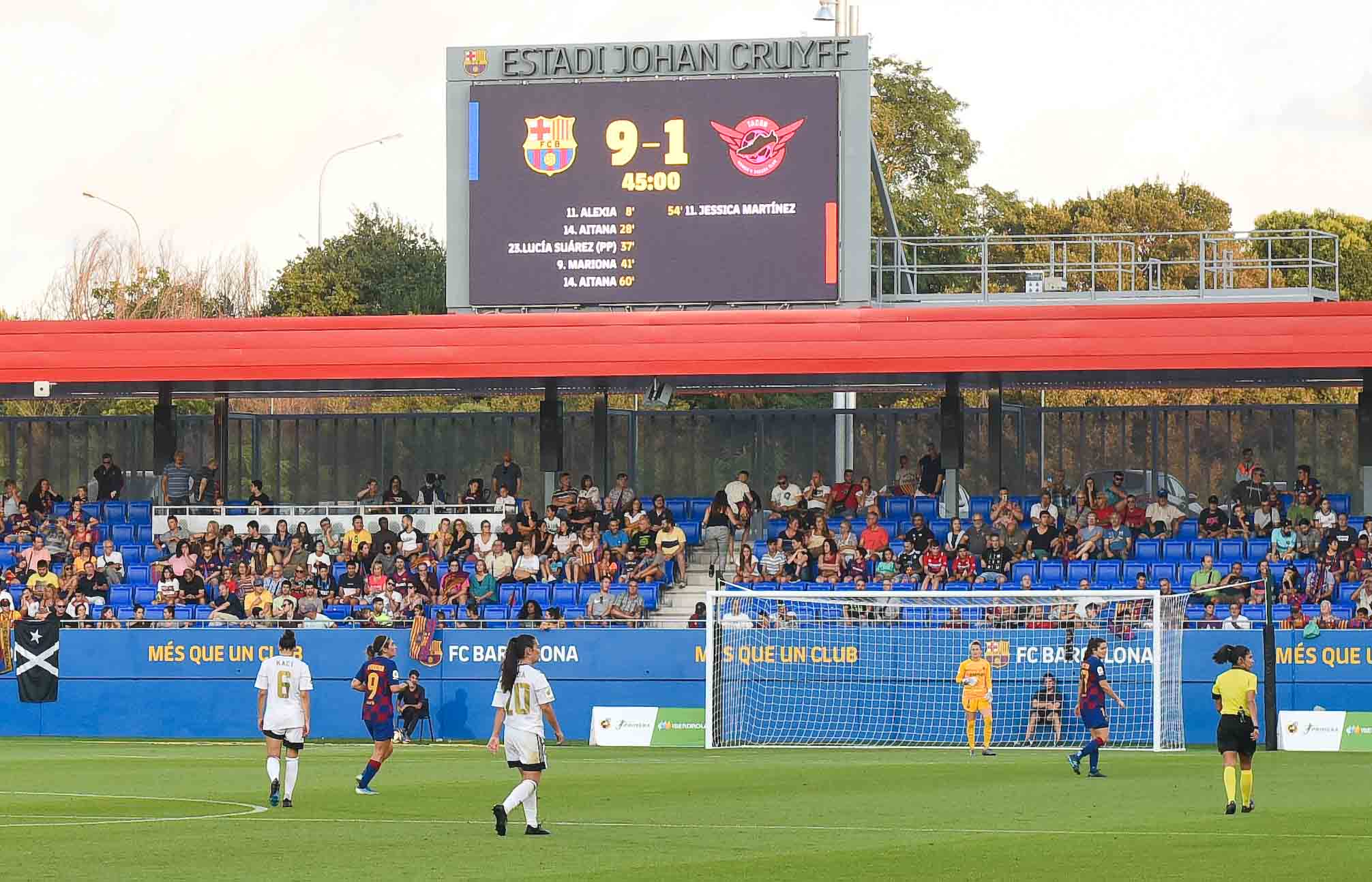 There were 5,413 in attendance to watch the mauling, as the Blaugranas showed just how far ahead they are of Real Madrid’s venture into the world of women’s football, though their name is yet to be put onto the club. 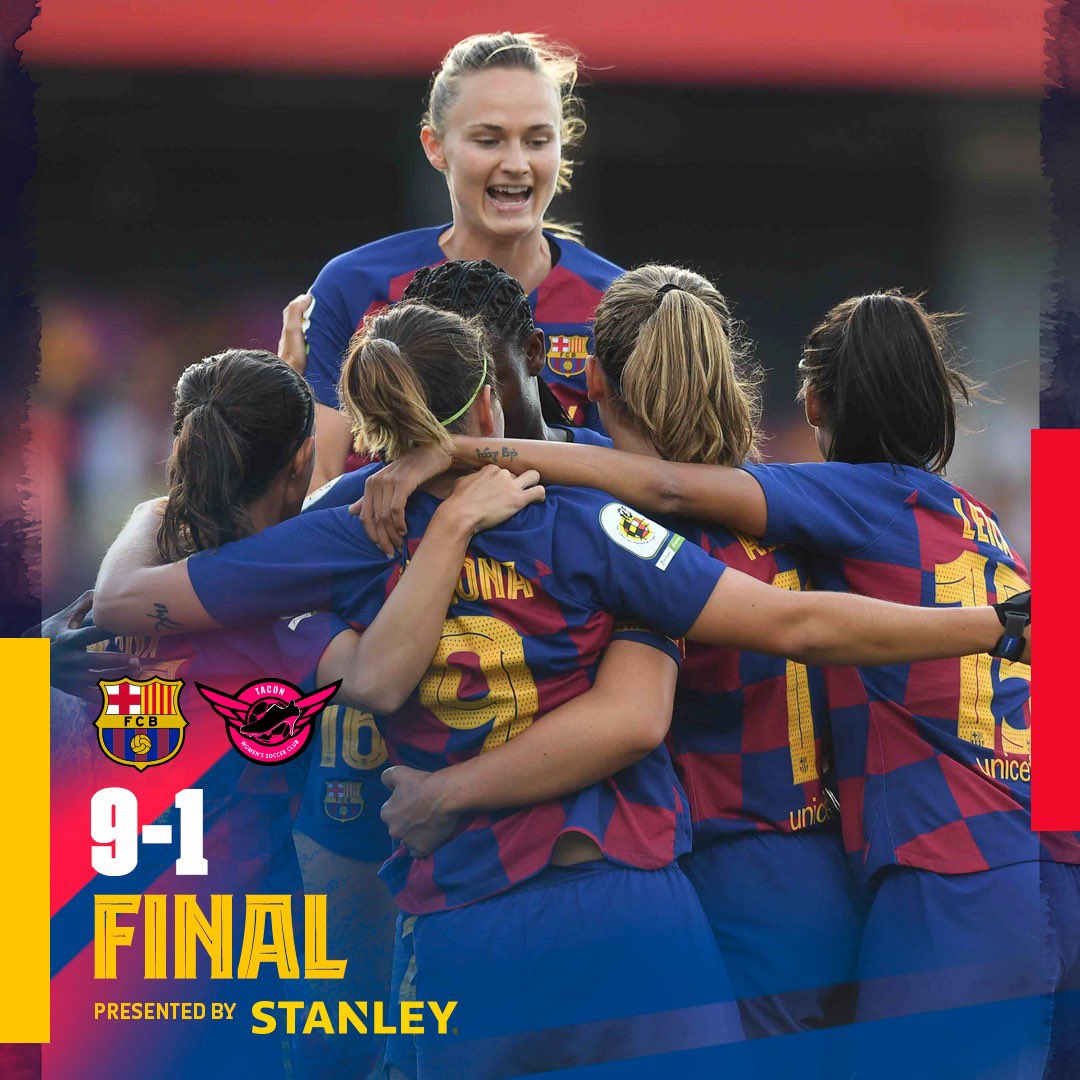 It barely took eight minutes for the deadlock to be broken. Alexia Putellas, acting as captain, pounced on an error to open the scoring. Tacon then enjoyed 20 minutes’ peace before Aitana Bonmati added a second, with Lucia Suarez Garcia and Mariona Caldentey making it four before half time. 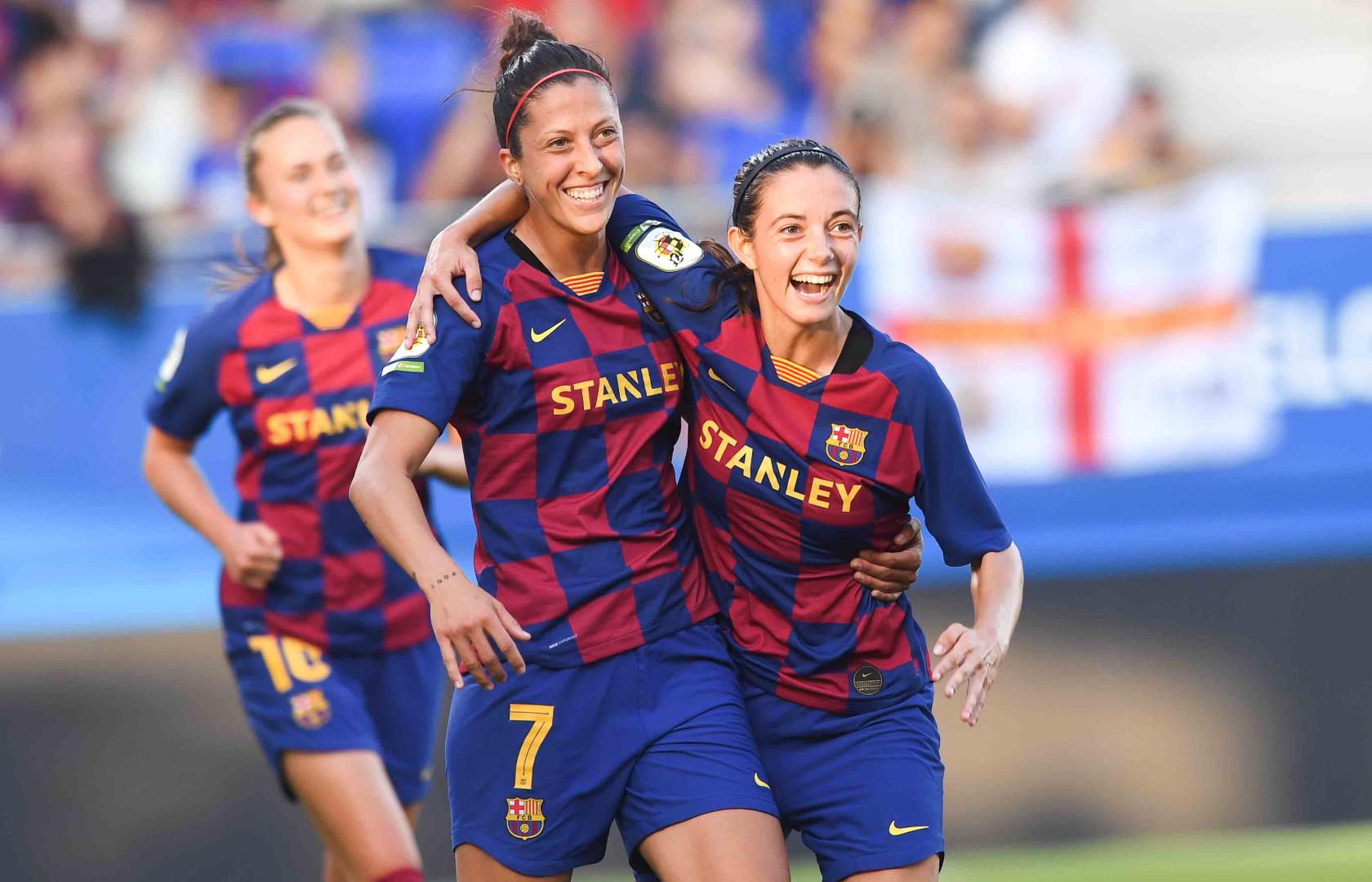 Jessica Martinez did reduce the deficit by scoring first after the break, but normal service resumed just six minutes later when Bonmati got her second on the hour mark. Caroline Graham Hansen made it six inside the final 20 minutes and Jennifer Hermoso then scored twice in three minutes before completing her hat-trick in stoppage time.