PSG released an official statement about the deal: “Paris Saint-Germain is pleased to announce the transfer of goalkeeper Keylor Antonio Navas Gamboa from Real Madrid. The Costa Rican shotstopper has signed a four year contract with the capital club until 30 June 2023. Navas, who also holds Spanish nationality, is the first Costa Rican in the history of the Paris Saint-Germain men’s team,” the club stated.

“The 32-year-old from San Isidro de El General came up through the ranks at Costa Rica’s Deportivo Saprissa, turning professional in 2005. Keylor went on to pick up win 6 National Championships and a CONCACAF Champions Cup (2005) before moving to Spain where he joined Albacete (2010-2011, 36 matches) and then Levante (2011-2014, 70 matches). 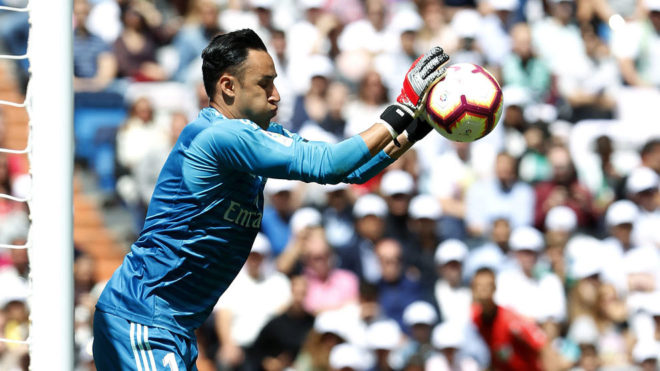 “I’m really excited to sign for Paris Saint-Germain, said Keylor Navas, putting pen to paper on the deal. After my experience in Spain, I’m coming to France with high hopes. Paris Saint-Germain is a very prestigious club in Latin America and I am keen to be part of the adventure that started several years ago. I will do everything I can to help PSG win new titles, bringing all my experience and professionalism. And I will also try to win the hearts of the Parisian fans, famous throughout Europe for their passion.”