Mohamed Salah scored twice at Anfield to help Liverpool secure a 3-1 win over Arsenal to extend their unbeaten run over the Gunners.

The Reds are unbeaten in their last nine matches against Arsenal and the North-London side are without a win in their last seven visits to Anfield in the Premier League.

Two goals from Mohamed Salah after Joel Matip opened the scoring in the first half ensured that Arsenal have also conceded two or more goals in each of their last seven visits to Anfield. Torreira scored a late consolation goal for the Gunners.

Liverpool started the game on the front foot, knocking the ball around with ease in Arsenal’s half. The Reds enjoyed most of the posession and put pressure on the visitor’s defences as Arsenal hoped to hit them on the break.

Arsenal’s cautious approach seemed to be the smart move as some of the best chances of the first half fell to Nicolas Pepe and Pierre-Emerick Aubameyang.

The Ivorian international broke free and dribbled the last Liverpool defender, Andy Robertson with incredible skill to get one on one with Adrian but his shot was straight at the keeper. 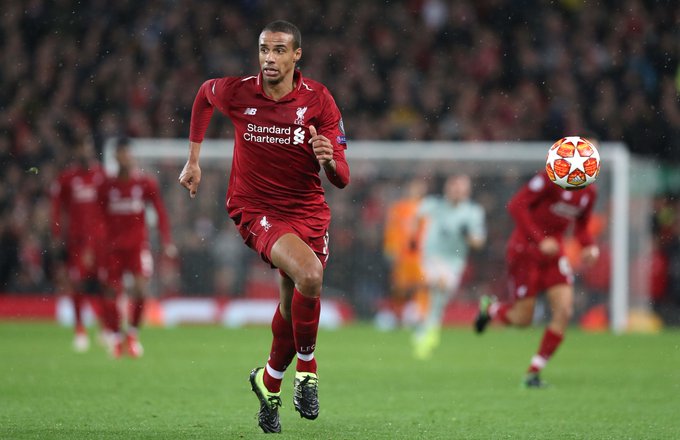 Liverpool got the opener in the 41st minute through Joel Matip after his thunderous header from a corner kick. The Cameroonian rose highest in the box and converted Trent Alexander-Arnold cross into the net.

The Reds got more confident and put more pressure on the Arsenal as they chased a second goal before the end of the first-half. 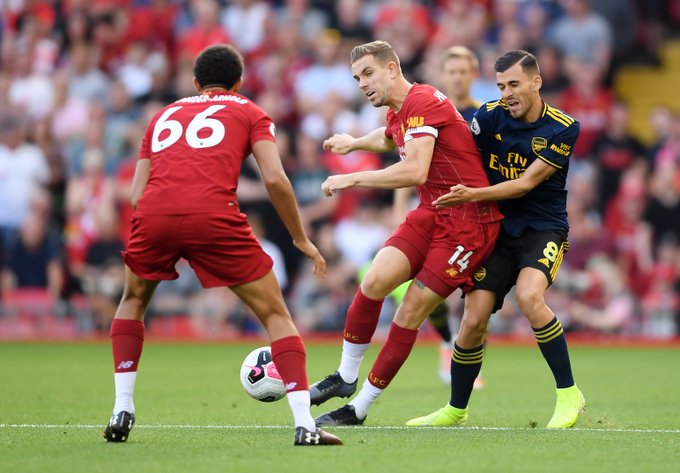 The home side went close to adding to their tally with Firmino and Salah getting close but they went into the half-time break with a 1-0 lead. 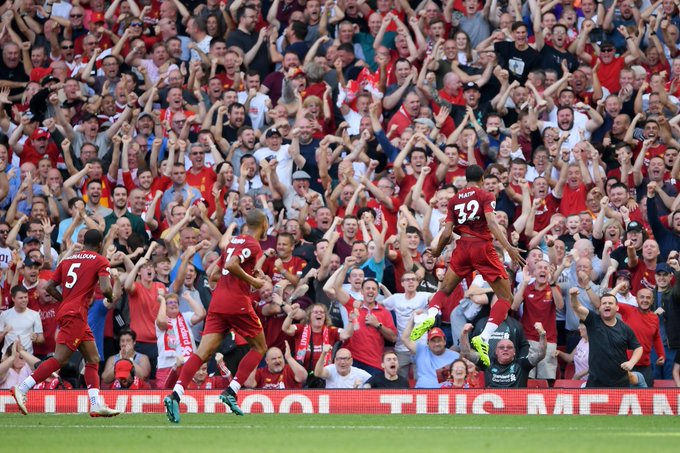 Liverpool started the second half the way they ended the first. David Luiz pulled Salah back in the box and the referee awarded a penalty just after the restart.

Salah dispatched the penalty to extend his impressive goalscoring record at Anfield.

The Reds continued to pressure Arsenal but the Gunners had a chance to get one back. Matip recovered in time to block Aubameyang’s shot from threatening the goalkeeper. 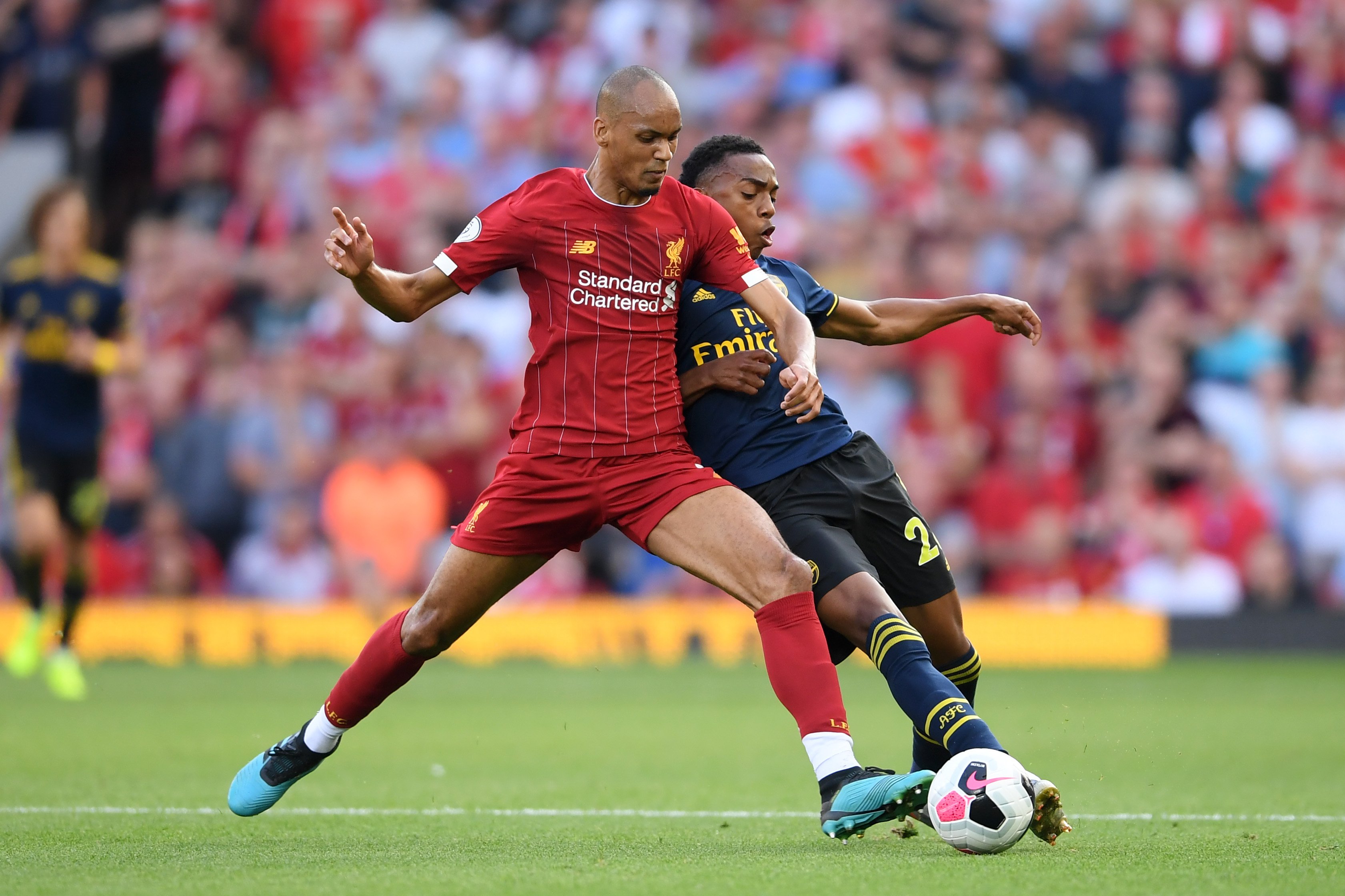 Mohamed Salah extended his tally in the 58th minute after an incredible run from the half-way line.

What a goal and what a performance by Liverpool!#LFC #LIVARS

The Egyptian received the ball in midfield and beat David Luiz with great skill. His low shot beat Leno and settled in the corner of the net. 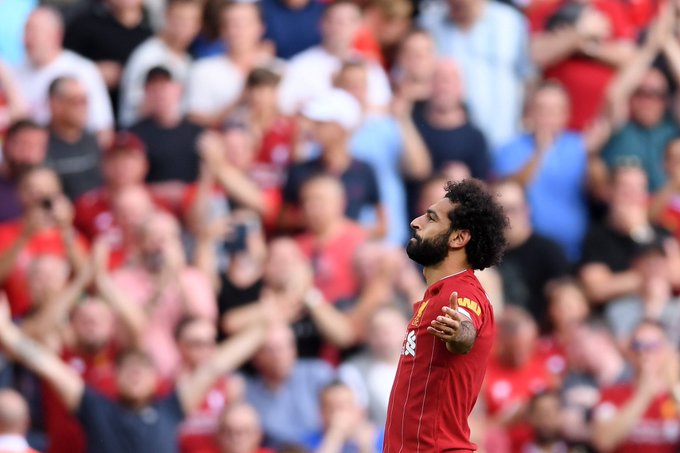 Liverpool continued to add more pressure on the Arsenal defence but last season’s Europa League finalists got back into the game after some tactical changes from Unai Emery.

The Gunners finally got a late consolation goal through Lucas Torreira after some nice work from Aubameyange created a chance for the Uruguyan.

Lucas Torreira gets a goal back
Liverpool 3-1 Arsenal #LIVARS pic.twitter.com/jwQzcCOFvP

The midfielder seemed to have scoffed his shot but he sorted his legs to unleash a shot that Adrian could not stop. Arsenal finished the game stronger than they started it but their late challenge was not enough to get a result from the tie.

Lucas Torreira pulls one back!

Liverpool return to the top of the table and remain the only team to have won all games of the ongoing Premier League season. 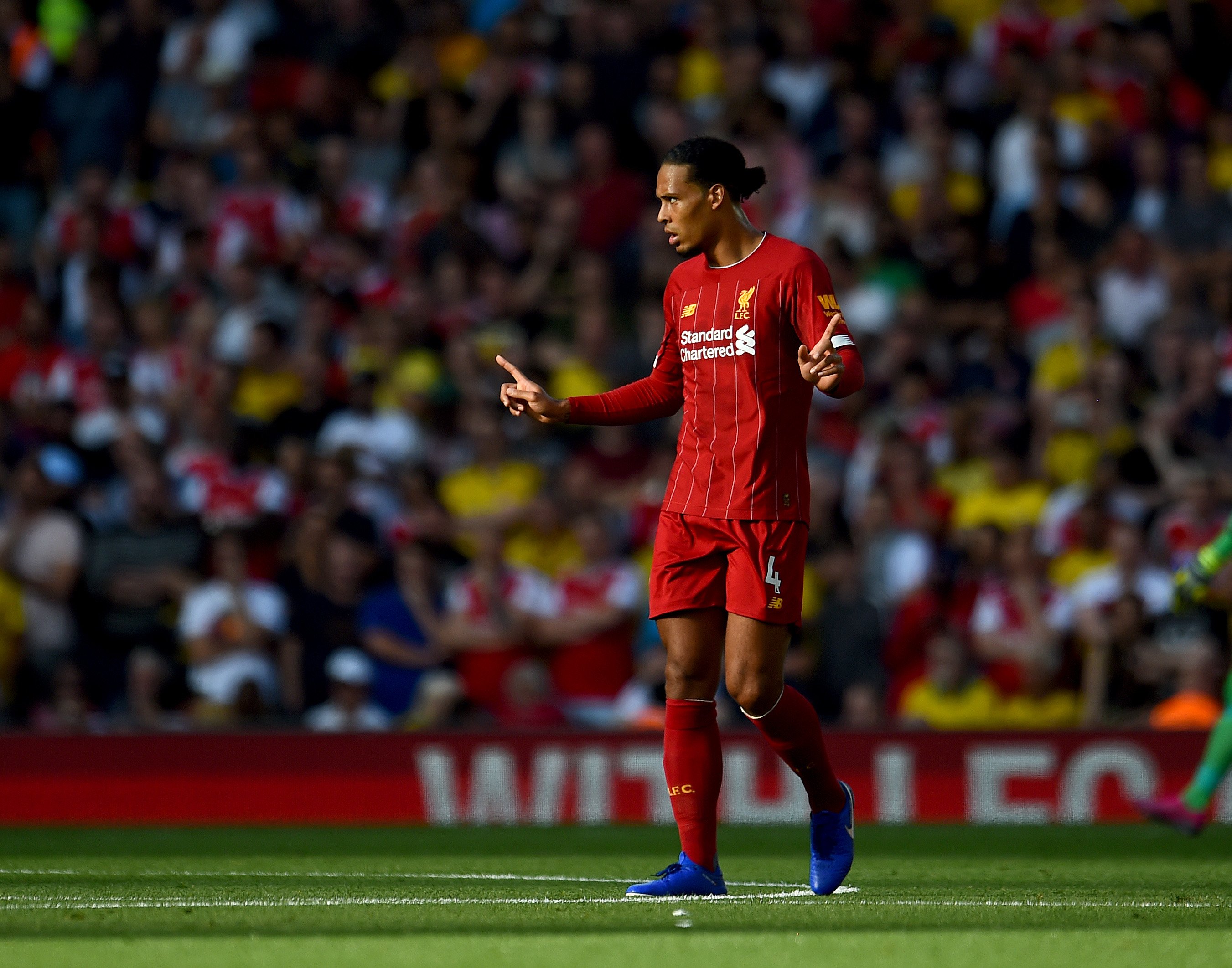 The Reds travel to Turf Moor next weekend to play Burnley while Arsenal will welcome Tottenham to the Emirates for the North-London derby next week. 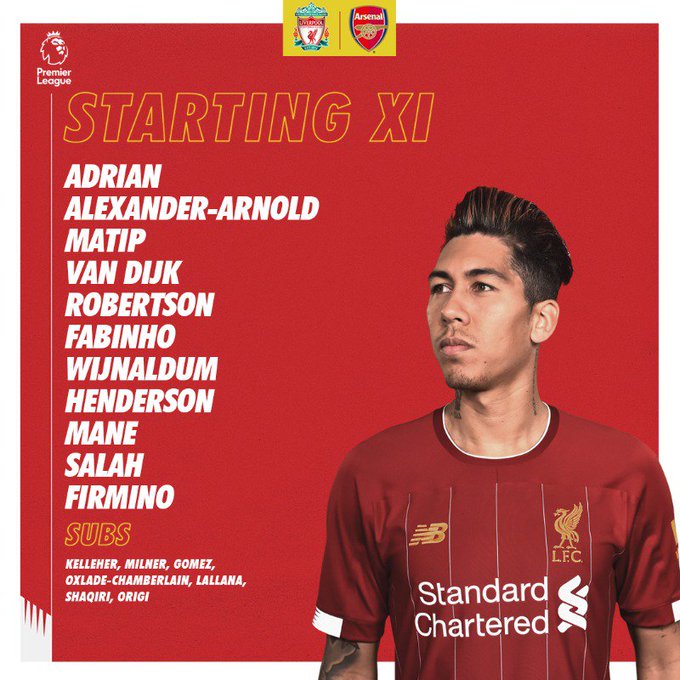 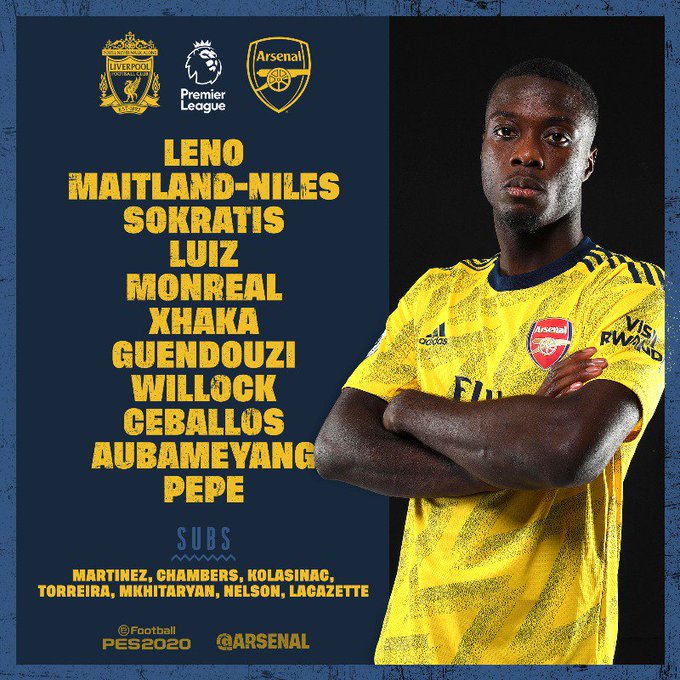