Unai Emery will be looking to maintain Arsenal’s 100% start to the 2019/20 Premier League season at Liverpool this weekend and can draw motivation from a vintage performance from the Gunners which saw the club equal a landmark record in the English top-flight on this day in football.

On a fine Saturday afternoon on this day in 2004, Arsenal lined up against Middlesbrough without the likes of Nwankwo Kanu, Patrick Vieira, and Sol Campbell, looking to maintain a long-running sequence of matches without defeat and equal the record for most games without losing in the English top-flight which was held by Nottingham Forest at 42 consecutive matches. 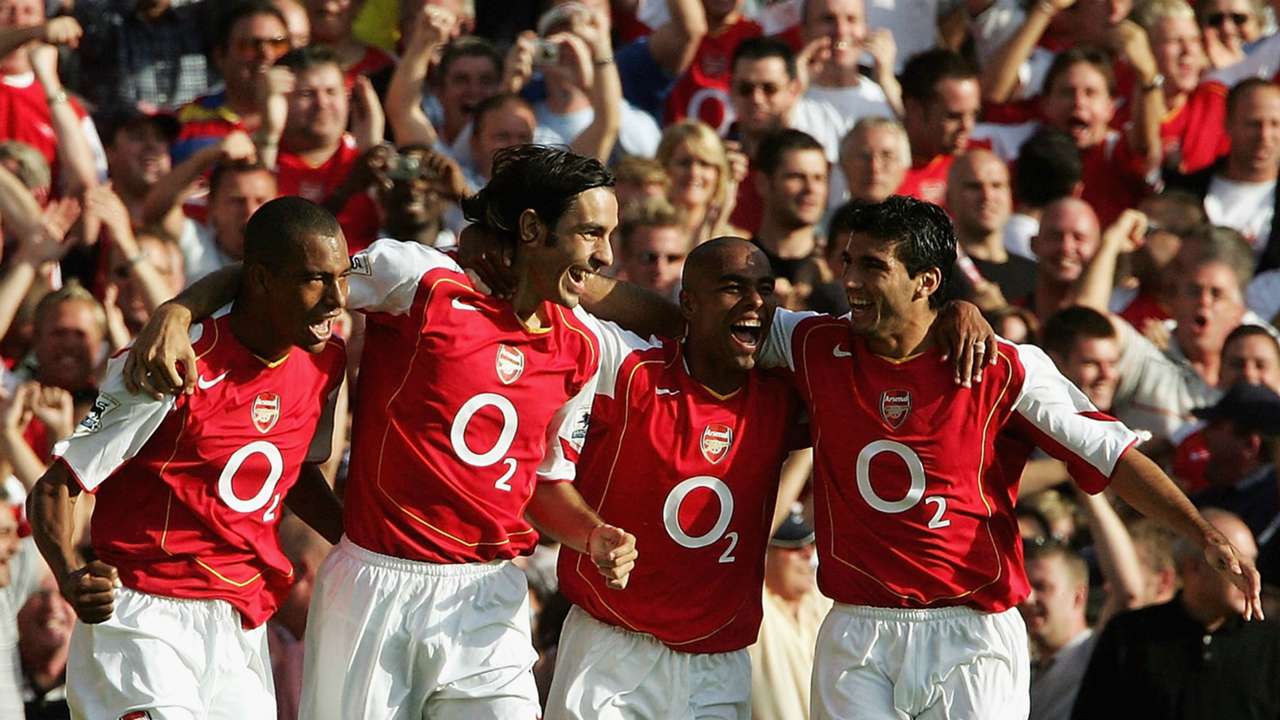 And the day started well for Arsene Wenger’s Arsenal as Thierry Henry opened the scoring with a cheeky lob over goalkeeper Mark Schwarzer in the 25th minute but Boro would leave Highbury stunned with three goals in 10 minutes either side of half time. 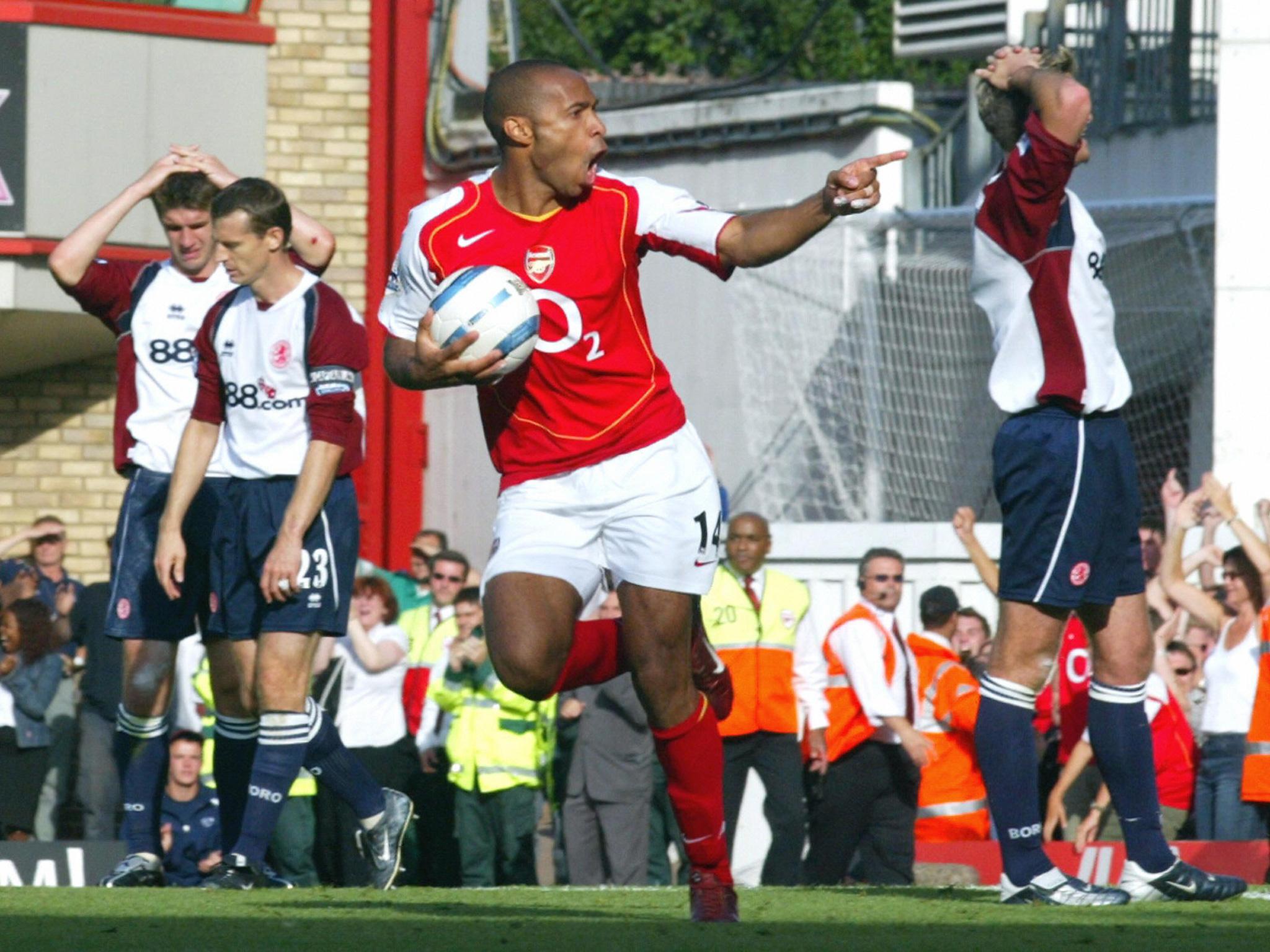 Cameroonian Joseph-Desire Job equalised for the visitors just before half time while further strikes from Jimmy Floyd Hasselbaink and Franck Queudrue in the 50th and 53rd minute respectively put the Riverside Stadium outfit 3-1 up and heading towards an unlikely feat. 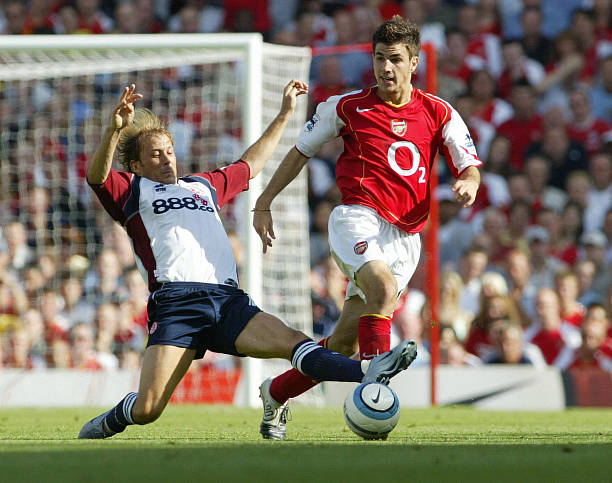 Before the game, Arsenal had gone 41 matches unbeaten in the Premier League and it took only a minute of going 3-1 down for the comeback to begin through Dennis Bergkamp’s speculative long-range effort before two goals in a minute from Robert Pires and Jose Antonio Reyes got the Gunners back in front in the 65th minute. 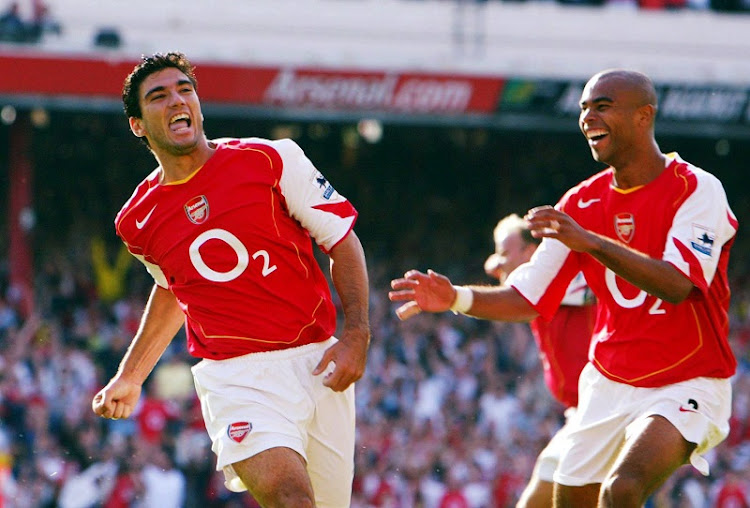 Henry put the cherry on the cake and sealed an incredible comeback win, tapping into the bottom corner at the end of a blistering counter-attacking move by Arsenal to equal the record of going 42 consecutive matches without losing in the English top-flight. 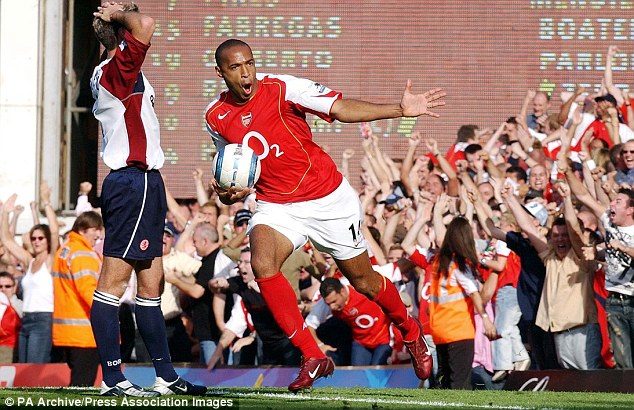 Arsenal would go on to stay unbeaten for seven more matches in the Premier League to set the record of going 49 league games without defeat, a feat which has remained unmatched in any of Europe’s top five leagues in the years that have followed.

? #OnThisDay in 2004: one of the most memorable matches of our 49-game unbeaten @premierleague run

What an afternoon this was at Highbury ? pic.twitter.com/F6Lby86LXH

And this weekend, Arsenal come up against a team which has not tasted defeat in 39 matches at Anfield yet would be hoping to start a league campaign with three successive wins for the first time since the 2004/05 season when the club ended in second place. 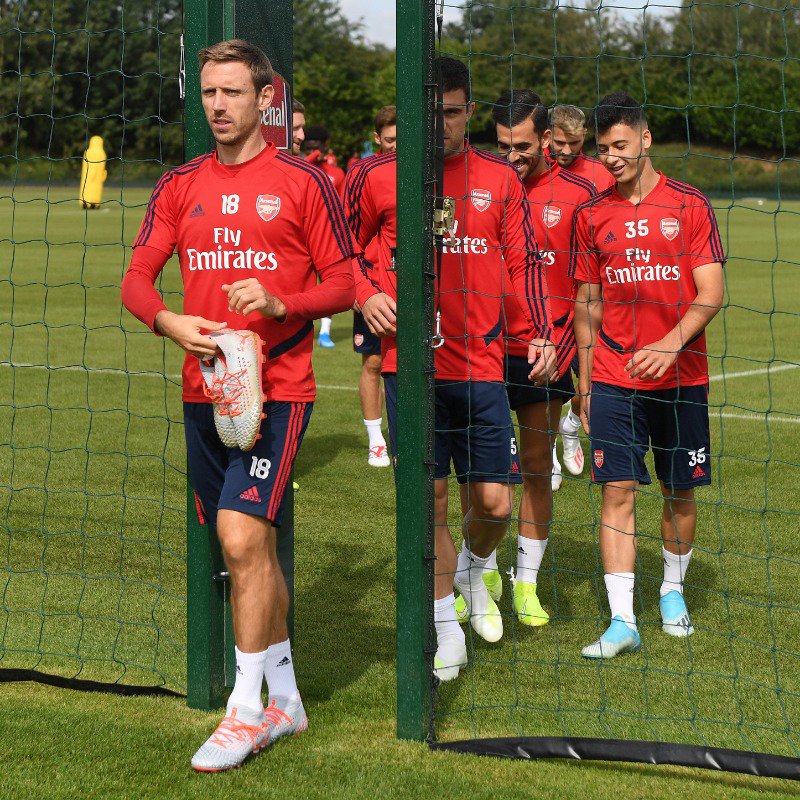 What are your favourite memories from the 2004/05 Arsenal team? Share them with us in the comment section.