Bayern Munich have completed the signing of Barcelona midfielder Philippe Coutinho on a season-long loan agreement including a €120 million (£110m/$133m) purchase option.

The club released an official statement on their website to announce the deal for the Brazilian midfielder.

“FC Bayern Munich have completed the transfer of Philippe Coutinho. The Brazil international passed his medical examination on Sunday and signed his contract at the club’s Säbener Straße headquarters,” the club stated.

“Coutinho will initially spend a season on loan from Spanish champions Barcelona. FC Bayern possess an option to buy the 27-year-old following the expiry of his loan contract on 30 June 2020. All parties have agreed not to disclose any financial details of the agreement.”

After his unveiling, the former Liverpool midfielder is happy to join the club as he anticipates the new challenge that awaits him.
Philippe Coutinho said: “For me, this move means a new challenge in a new country with one of the best clubs in Europe. I’m very much looking forward to that. Like FC Bayern, I have big ambitions and I’m convinced that I can achieve them together with my new teammates.” 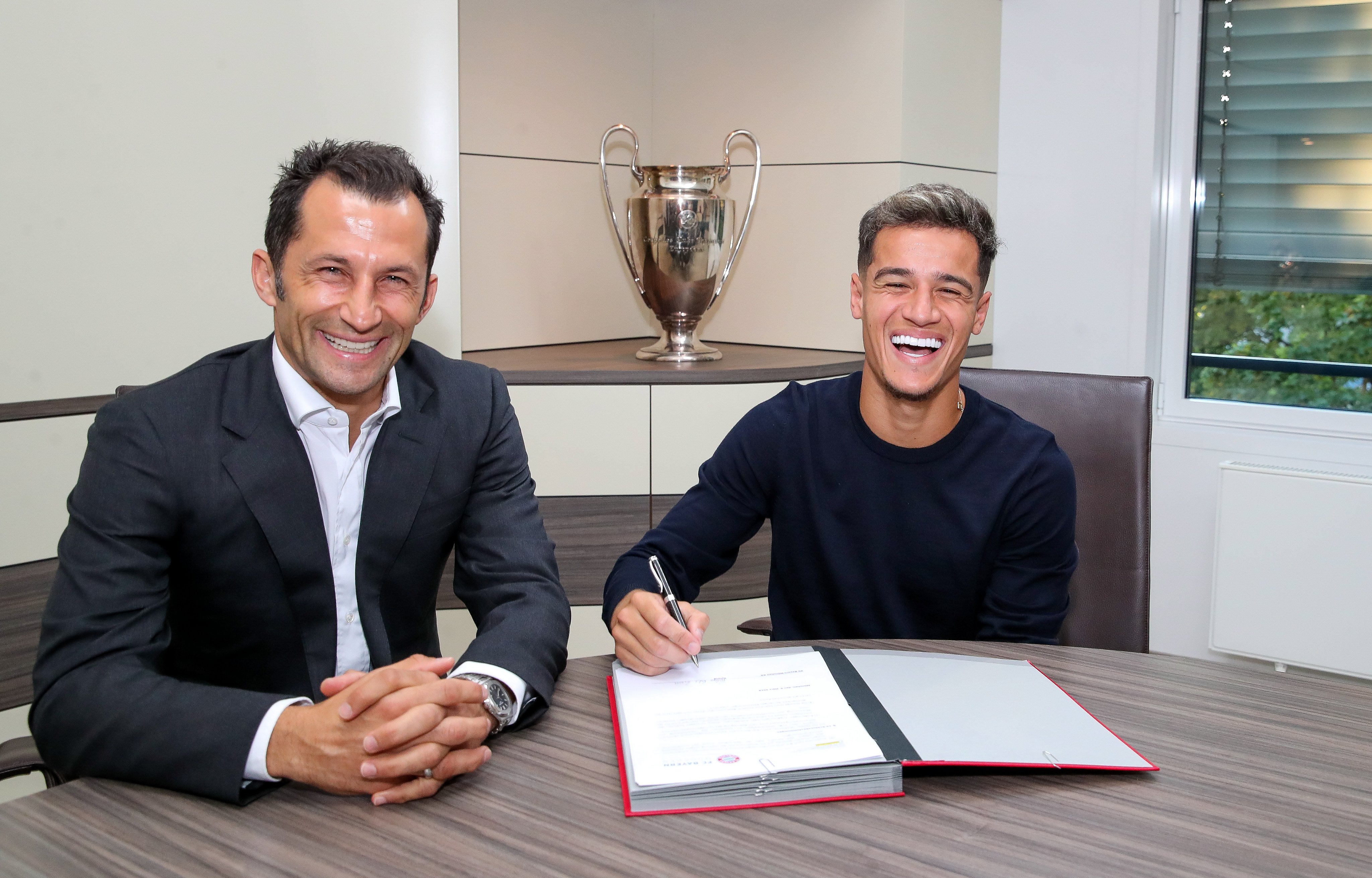 FC Bayern CEO Karl-Heinz Rummenigge commented: “We’ve been working on bringing in Philippe Coutinho for quite some time and we’re very happy that we’ve been able to complete this transfer. Our thanks go to FC Barcelona for agreeing to the transfer. With his creativity and outstanding skills, Philippe is a player who will immediately strengthen our attack.”

Sporting director Hasan Salihamidzic commented: “Philippe made it very clear to us during the negotiations in Barcelona that he absolutely wanted to move to FC Bayern. He’s a world-class player with great ability, who we can deploy in a number of positions in our forward line, so the FC Bayern squad has gained even more quality. Philippe Coutinho will help us achieve the ambitious targets we’ve set for this season.”

Coutinho progressed through the youth teams at top Brazilian club Vasco da Gama. In Europe he played for Inter Milan, Espanyol and Liverpool. When he moved from Liverpool to Barcelona in January 2018, he was the second most expensive player in the world after his compatriot Neymar.

With the Catalans, he won back-to-back Spanish championships and, in 2018, the Spanish Cup. He has made 55 appearances for the Brazilian national team, scoring 15 goals to date. This summer, as one of the most influential players he led the Seleção to victory in the Copa América, the South American continental championship.