Manchester City won the first trophy in England this season after defeating Liverpool on Sunday as they snatched the Community Shield with a 5-4 penalty shoot-out win after a 1-1 draw at Wembley.

England international, Raheem Sterling gave the Cityzens a first half lead before second half substitute Joel Matip grabbed a late equaliser for Liverpool in the annual curtain-raiser to the English top-flight season. In the shoot-out, City keeper Claudio Bravo saved from Georginio Wijnaldum, with Gabriel Jesus driving in the winning kick after successful efforts from Ilkay Gundogan, Bernardo Silva, Phil Foden and Oleksandr Zinchenko.

City’s boss, Pep Guardiola revealed after the game why they strugglesd in the second half. He also claimed he doesn’t know how the Premier League will look like this season but he hopes his team come out on top.

Manchester City manager Pep Guardiola on BT Sport: “An incredible final from both sides, no team can dominate for 90 minutes. We had real good moments, in the last 15 minutes we were exhausted and they had chances to win the game. 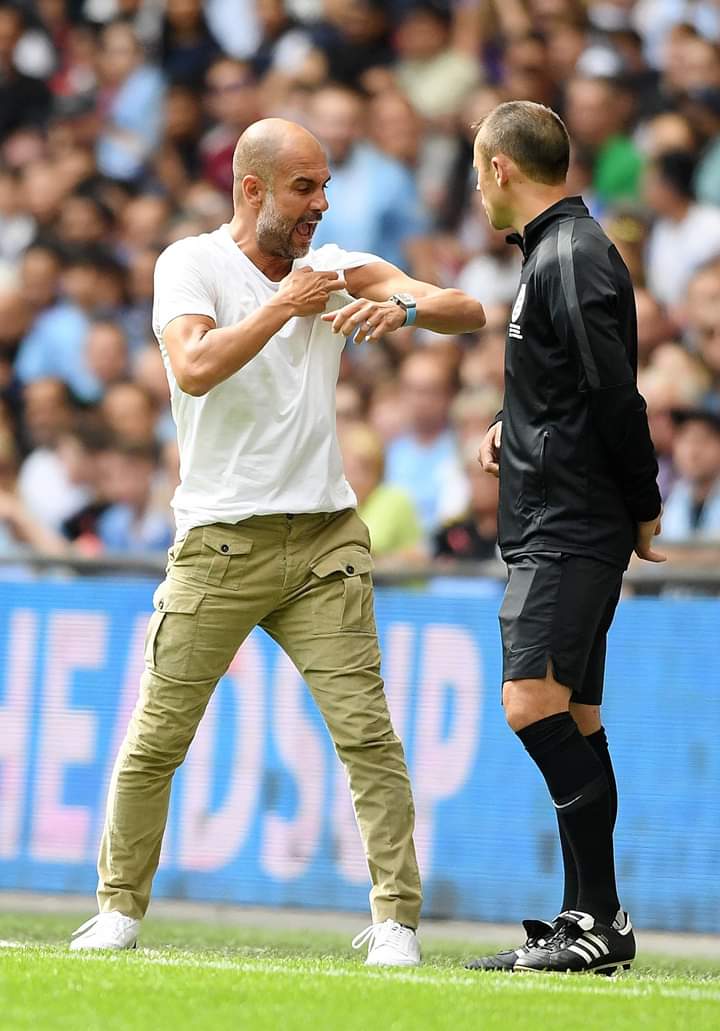 “It was a good test for both teams. It’s nice for the players to realise what they will face this season. At this level the difference is nothing. One penalty, one point.

“The first title of the season is in our sight. In the second half they played more long balls and we didn’t win the second balls. We could not control it. “United will be back, Arsenal, Tottenham, Chelsea…I don’t know what will happen.”