Players of Nigeria’s Super Eagles landed in Abuja on Friday, July 19, after their run at the 32nd edition of the African Cup of Nations (AFCON 2019) in Egypt. The expectation however, of so many Nigerians, was for the Super Eagles to bring along the title while  returning back home but eventual champions, the Les Fennecs of Algeria, cut short that dream in the semifinal. 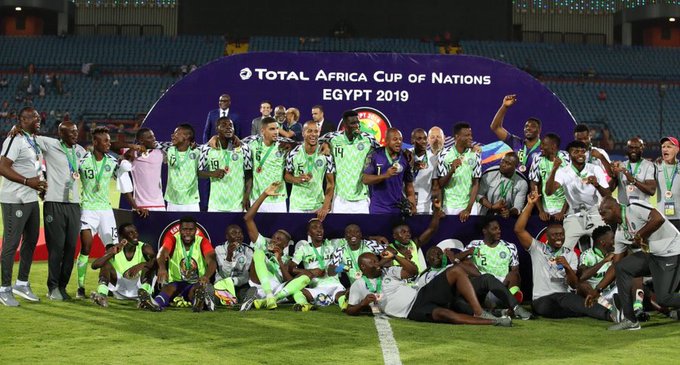 Nigeria and Algeria were tied at 1-1 in the semifinal game until the last minute when Manchester City striker Riyad Mahrez scored the winning goal for the Foxes. Mahrez’s late goal broke the hearts of Nigerians as the Super Eagles had to settle for the third place match against Tunisia.

Big Thank you to our wonderful @NGRPresident His Excellency @MBuhari who was represented by the SGF and other top dignitaries for giving us a rousing welcome from Egypt. #SoarSuperEagles #Team9jaStrong pic.twitter.com/BBSEdLj0qq

They however managed to beat Tunisia 1-0 in the third place encounter with Odion Ighalo scoring the goal for Nigeria to win bronze. 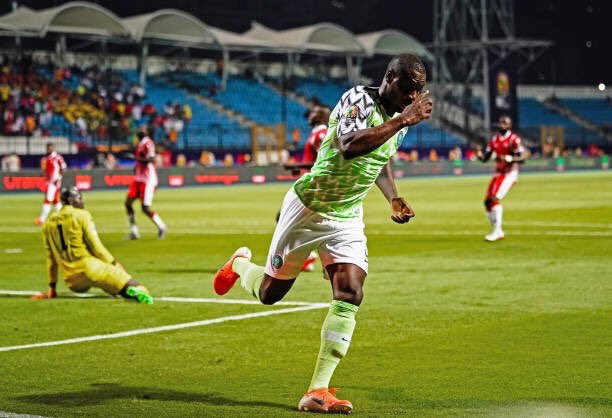 BEFORE THE TOURNAMENT
John Mikel Obi got recalled to the Nigerian squad ahead of the 2019 Africa Cup of Nations. The 32-year-old had not played for the Super Eagles since he captained the team at last year’s World Cup in Russia.

Leicester City’s Kelechi Iheanacho who was still searching for his first international goal since scoring against Argentina in November 2017 and was subject of strong criticism from Rohr earlier in the year, was most notable left out alongside Rotherdam United’s Semiu Ajayi.

The Super Eagles went into the tournament as one of the the favourites to lift the title after having done so in 1980 on home soil, 1994 and 2013, both in South Africa.