Super Falcons star Ini Umotong, scored a goal as Brighton thrashed Crystal Palace 5-1 to launch their preseason training activities in style.  The Nigerian was on target for Hope Powell’s side against their English opponents in their first preseason game .

The 25-year-old resumed action for the new English Women’s Super League season at the English topflight outfit after signing a new one-year deal last week. The Nigeria international joined the WSL side from Oxford United in 2017 on a two-year deal with an option of a 12-month extension which expired this summer.

FT: Albion record an emphatic win at Culver Road, thanks to A. Whelan's hat-trick and a goal each for Natkiel and Umotong. Oxford scored a consolation through Chivers. #BHAFC 5 #OUWFC 1 #FAWSL pic.twitter.com/WAqRSxWa0z

On Sunday, the Nigeria international, who was overlooked for the 2019 Women’s World Cup in France, came off the bench to register her name on the scoresheet. Aileen Whelan netted a brace while Kirsty Barton and Kate Natkiel scored a goal each to ensure the Palace thrashing at the American Express Elite Football Performance Centre. 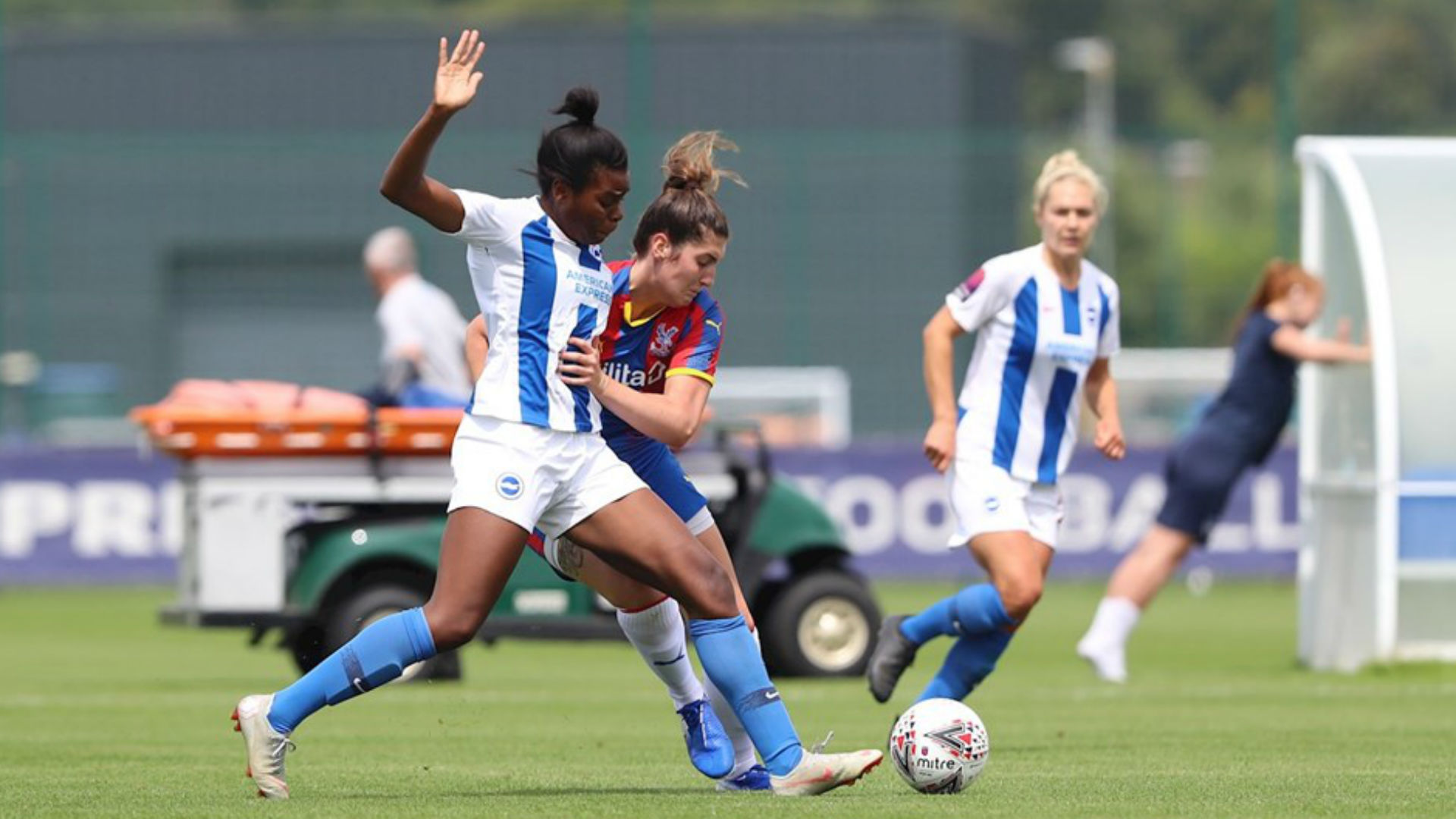 The forward is one of the 17 players retained by coach Powell as the English former international aims to better their last season’s ninth-place finish this term. Having pledged her future to the Seagulls, the English raised Nigerian will be eager to repay Powell’s trust with a better scoring record in the new domestic season.

Powell’s side will be opening their new league campaign at Bristol City on September 8 and Umotong will be eager to impress at the Stoke Gifford Stadium.