Real Madrid football club are mourning with the club’s manager and legend Zinedine Zidane following the death of his elder brother Farid Zidane. Farid, 54, has passed away after being struck down by cancer and it is believed Farid passed away early Saturday morning surrounded by his family.

Farid, who was Zinedine’s elder  brother grew up in France alongside the World Cup winner. Their parents, Smaïl and Malika, emigrated to Paris from the village of Aguemoune in the Berber-speaking region of Kabylie in northern Algeria in 1953 before the start of the Algerian War.

The family, which had settled in the city’s tough northern districts of Barbès and Saint-Denis, found little work in the region, and in the mid-1960s moved to the northern Marseille suburb of La Castellane in the 16th arrondissement of Marseille. 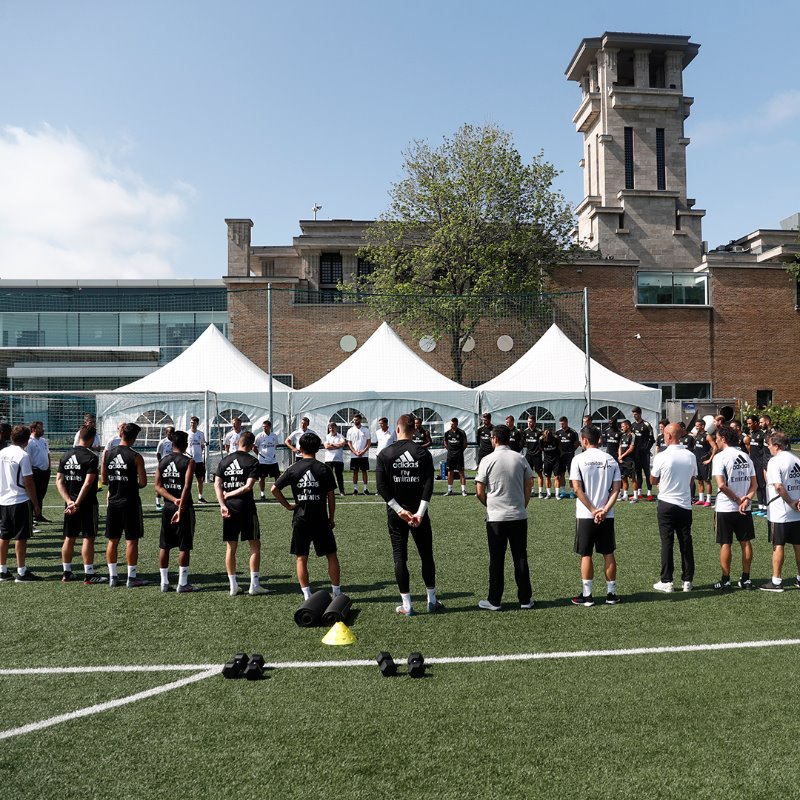 In an official statement on the club website, the club revealed that the players paid condolences and respect to the dead by holding a minute’s silence befpre the training session began.

The statement reads: “All members of the Real Madrid first-team squad held a minute’s silence ahead of training in Montreal following the passing of Farid Zidane, the brother of our coach, Zinedine Zidane.”

The La Liga giants released an official statement yesterday that the manager, Zinedine Zidane,  left the pre-season training camp in Montreal for personal reasons. His son, Luca Zidane, who had only just joined Racing Santander on loan, also requested he be allowed to leave his new club to be with his family.

Zidane leaves the training camp in Montreal for personal reasons.#RealMadrid

The Real Madrid boss is yet to make a personal statement as he takes time off to mourn his loss. Until he returns, sessions will be led by assistant coach David Bettoni.