While Barcelona fans await the outcome of the drama surrounding Paris Saint-Germain superstar Neymar’s future, they can look back fondly on this day in football which marks the fifth anniversary of the Spanish champions signing another controversial South American star. 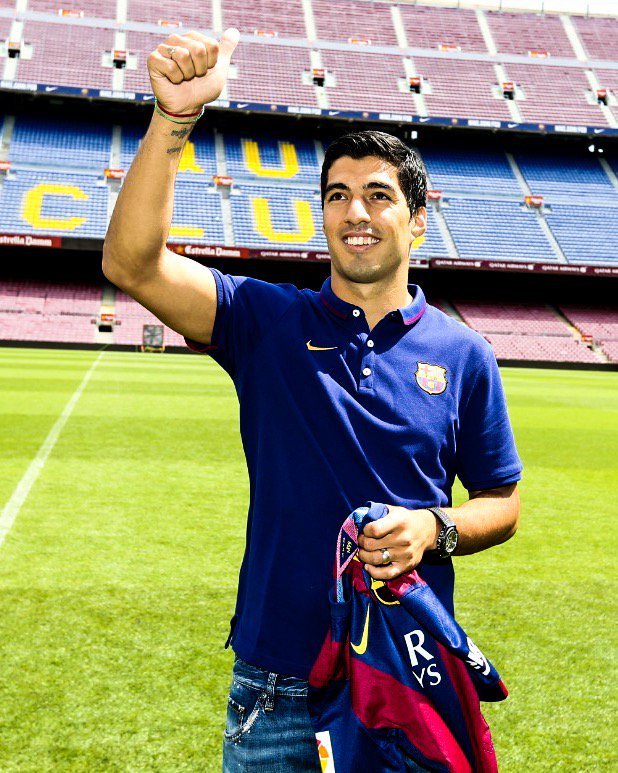 On July 11, 2014, Barcelona reached an agreement with Premier League side Liverpool for the signing of free-scoring striker, Luis Suarez, in a £64.98 million move, with the Uruguay international penning a five-year deal to join the Catalan giants.

He arrived the club on the back of a history of controversial moments in his career, serving a 10-match ban while a Liverpool player for biting Chelsea defender Branislav Ivanovic in a league match, and getting banned for seven matches while playing for Ajax after biting PSV Eindhoven player Otman Bakkal.

But after joining Barcelona, Suarez managed to keep away from many controversies and turned out to be one the Barcelona team’s key players alongside Lionel Messi and Gerard Pique, becoming the fifth highest scorer in the club’s history with 177 goals in 247 games. 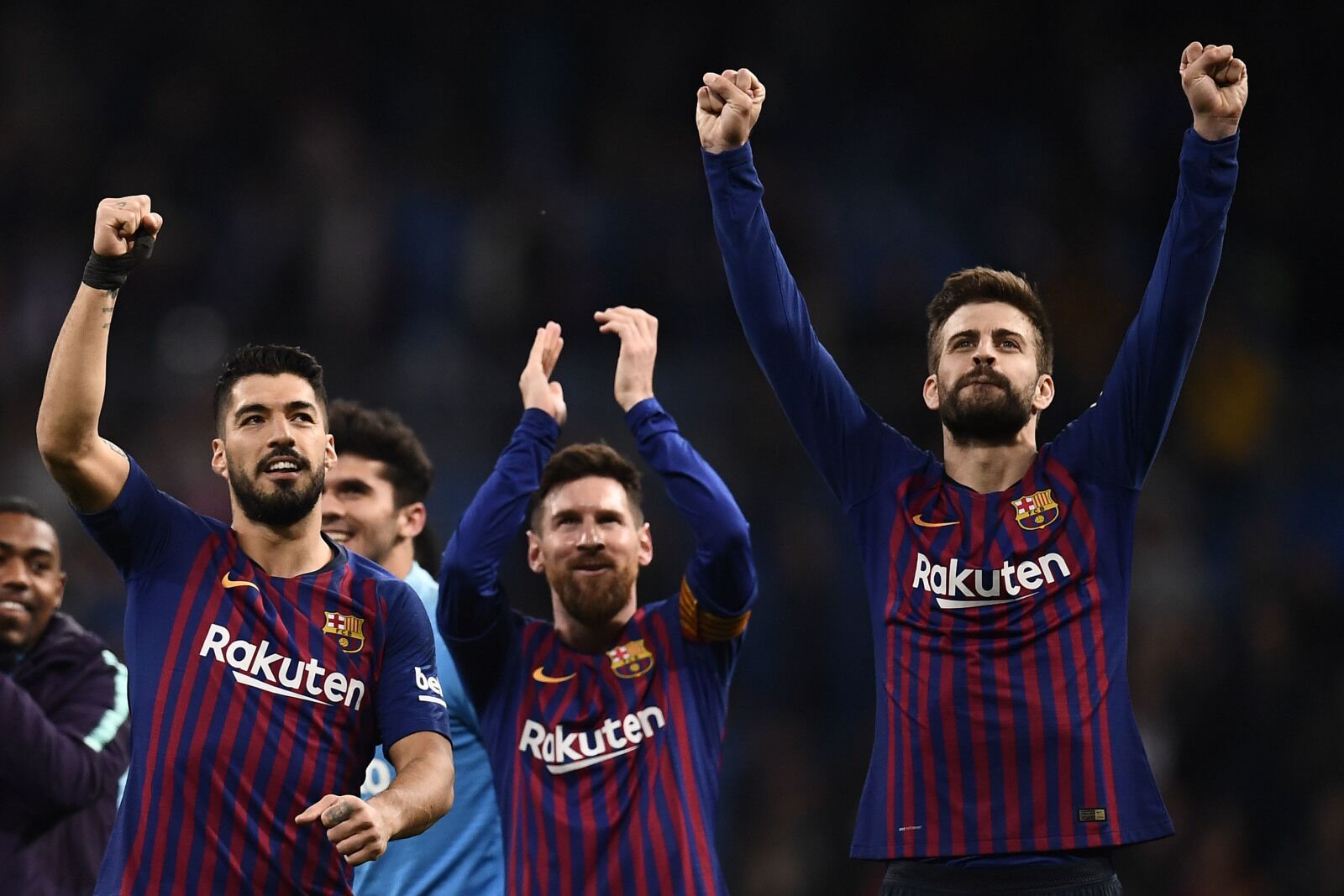 This is despite missing the first part of the 2014/15 season after being found guilty of biting Italian defender Giorgio Chiellini during a group stage match at the 2014 FIFA World Cup, with his suspension seeing him banned from ‘football-related activities’ which included training with Barcelona for four months.

Most significantly, Suarez has won 13 titles at Barca and was part of the fearsome trio comprising himself, Messi and Neymar affectionately called MSN, which fired the club to many of those titles won with the Spanish giants by the Uruguayan. 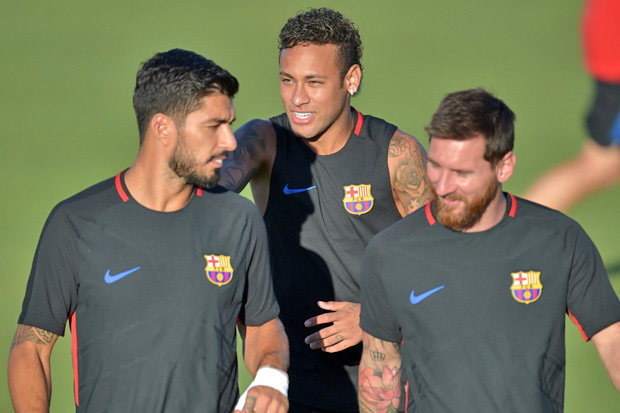 His first season at Camp Nou was a dream as Barcelona won the second treble in their history, with Suarez contributing 25 goals in 43 appearances, even though he did not make his competitive debut with the club until October 25 in El Clasico away at Real Madrid.

Suarez’s first competitive match ended in a 3-1 defeat but he has gone on to help Barcelona to four La Liga and Copa del Rey titles apiece, as well as the Champions League, the UEFA Super Cup and FIFA Club World Cup crowns all in 2015.

A year later in December 2016, Suarez was given a contract extension which is expected to keep him at the Camp Nou until 2021 when he would have turned 34 years old and possibly have played alongside Neymar once again seeing as PSG have stated the Brazilian will be allowed to leave if the right offer comes. 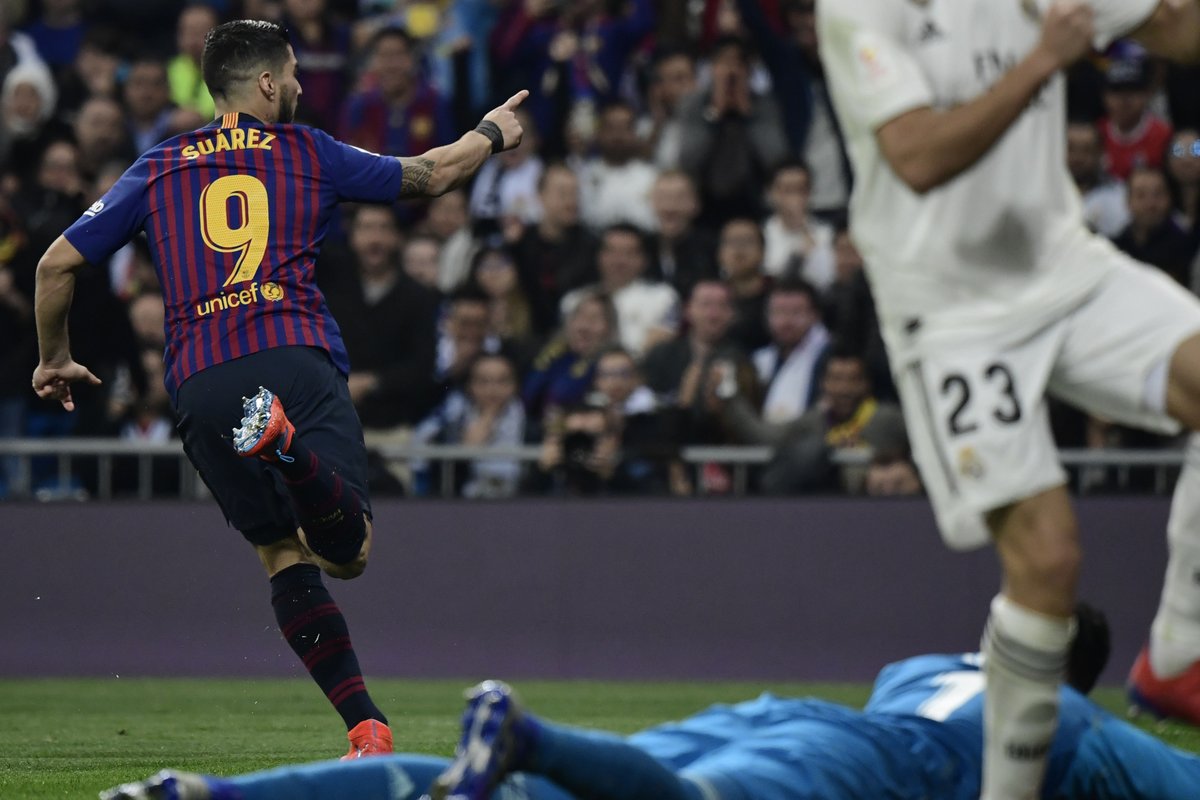 Another player who featured prominently for Barcelona, Andres Iniesta, also made his mark on this day in football after scoring the winning goal to earn Spain a 1-0 victory over Netherlands and with it, the 2010 FIFA World Cup title. 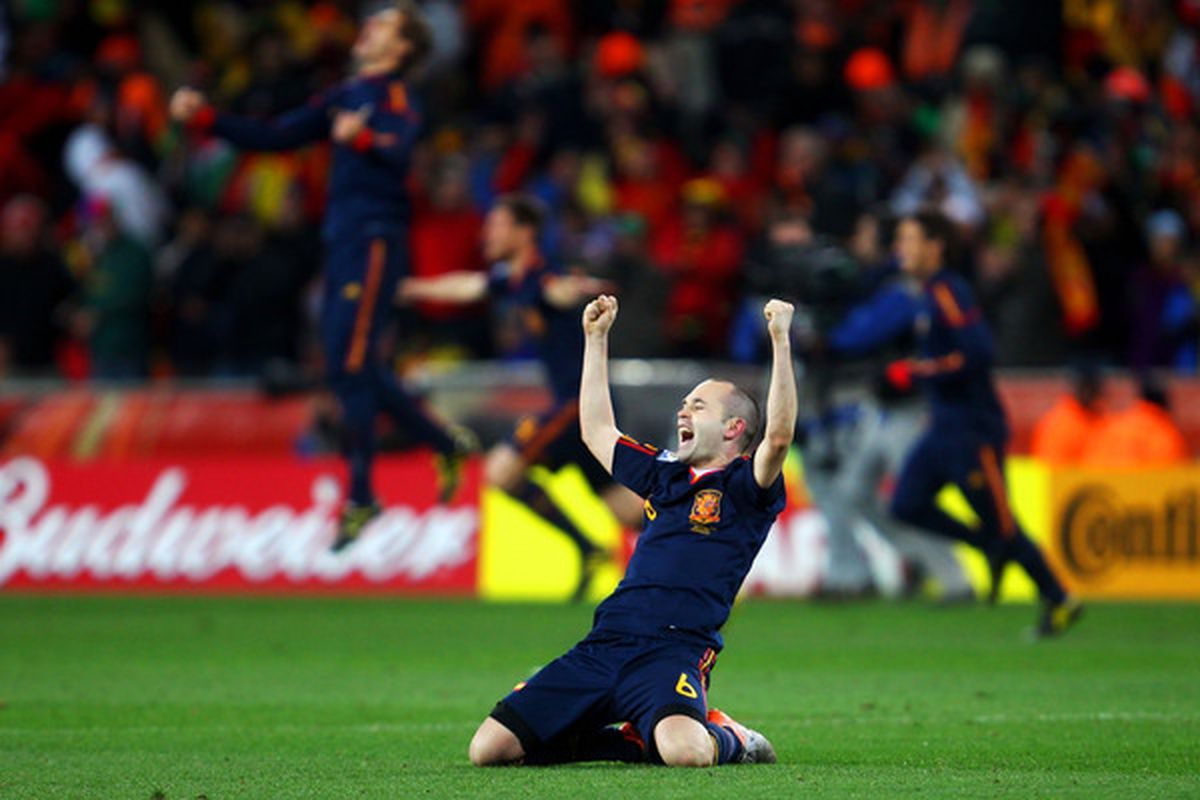 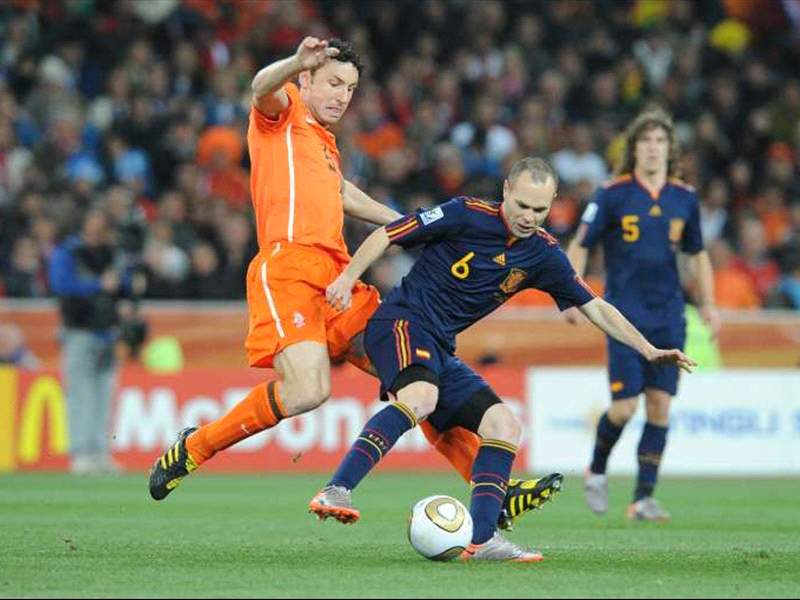 Just before the goal was scored, the Dutch team had a free kick that hit the wall (apparently taking a deflection off Fàbregas) before going out. Despite the deflection, which should have given possession and a corner kick to the Dutch team, a goal kick was given to the Spanish, starting the play that led to the winning goal scored in the 116th minute of extra-time.

The 2010 FIFA World Cup title is one of a slew of honours to his name, making Iniesta one of the most decorated footballers ever with more than 30 major titles at club and international level.