One of the 2019 Africa Cup of Nations (AFCON) favourites Senegal have suffered a big blow to their hopes of winning the title in Egypt after it was confirmed that first-choice goalkeeper, Edouard Mendy, will miss the rest of this year’s competition due to an injury.

Mendy kept goal for the Teranga Lions in their opening two matches against Tanzania and Algeria at AFCON and was getting ready for the final group stage clash against Kenya when he was dropped from the team at the last minute by Senegal head coach, Aliou Cisse. 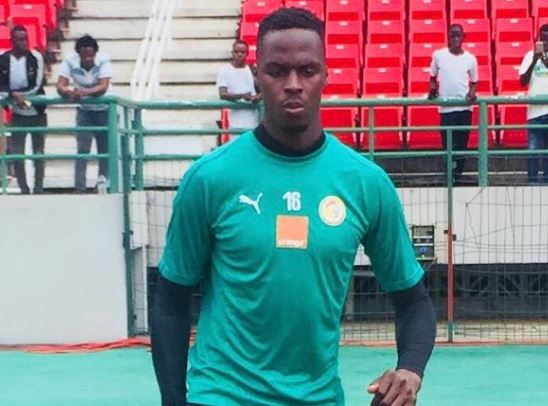 The goalkeeper, who plies his trade with Stade Reims in the French top-flight, suffered a broken finger during warm up and was replaced by Alfred Gomis for the match with the Harambee Stars which the Teranga Lions went on to win 3-0 thanks to second half goals from Ismaila Sarr and a Sadio Mane brace.

Following the injury which has ruled him out of the competition, Mendy has been given permission by the Senegal football federation to leave the Teranga Lions’ camp in order to undergo surgery in France. “After consultation with the authorities, the player Edouard Mendy was allowed to [leave for] France for appropriate medical treatment and follow-up,” read a statement from the (FSF).

READ MORE: Bad news for Super Eagles ahead of Cameroon clash at AFCON 2019

Senegal finished the group stage with six points after two wins and a defeat, setting up a round of 16 clash against the Cranes of Uganda who finished second in Group A behind host nation, Egypt. How big a blow will Mendy’s injury be to Senegal’s chances of winning AFCON 2019? Share your views with us in the comment section.