New Juventus manager Maurizio Sarri has hit out at Real Madrid star Eden Hazard and his former players at Chelsea over their style of play. Sarri left Chelsea after just a season in charge. The former Napoli won the Europa League with the Blues, while he also reached the league cup final and secured a top three finish in the league.

However, he failed to get along with the club’s fans while his tactics were also questioned during his time at Stamford Bridge. A combination of these led to his exit at the end of the season to join Serie A Champions Juventus. 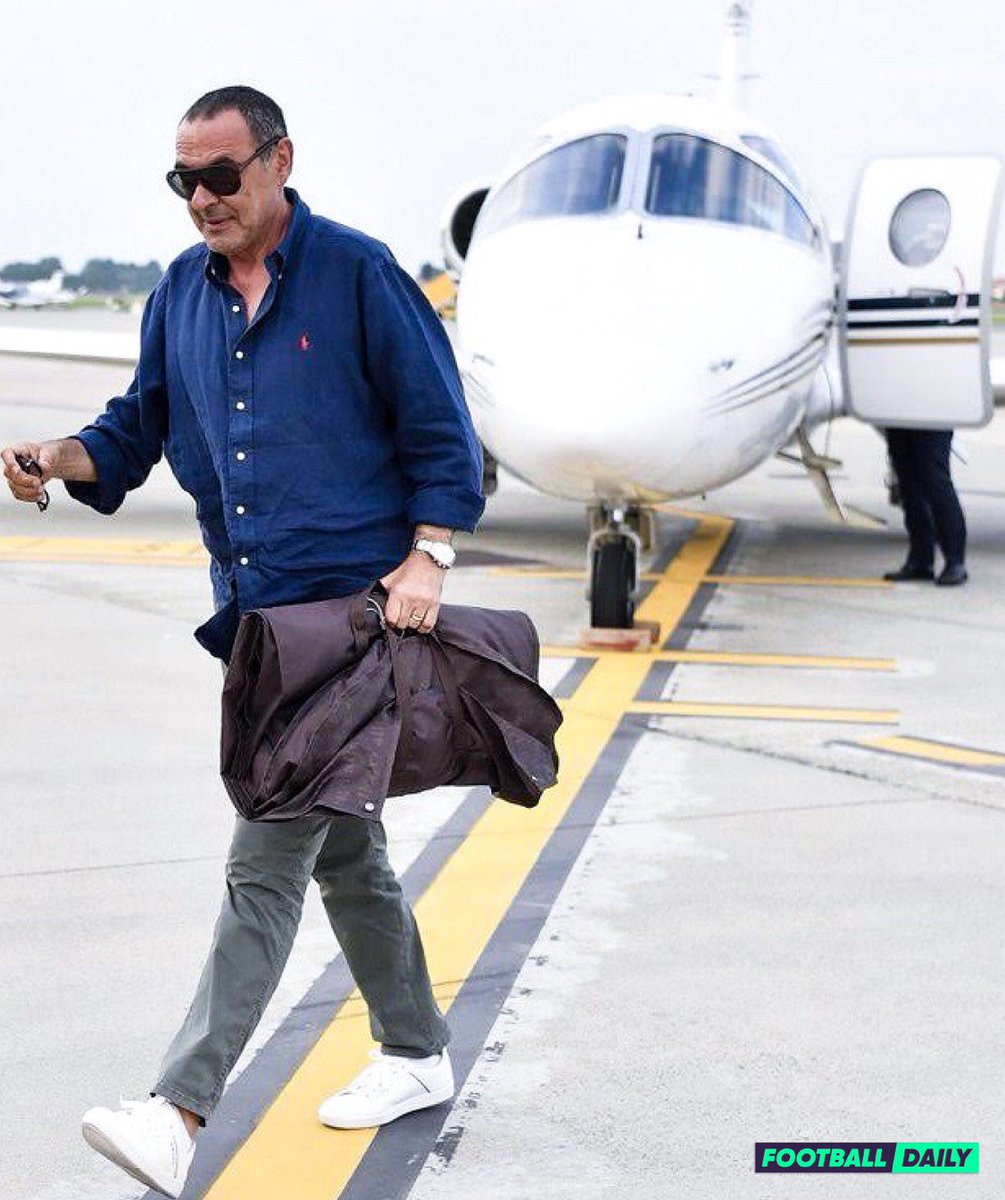 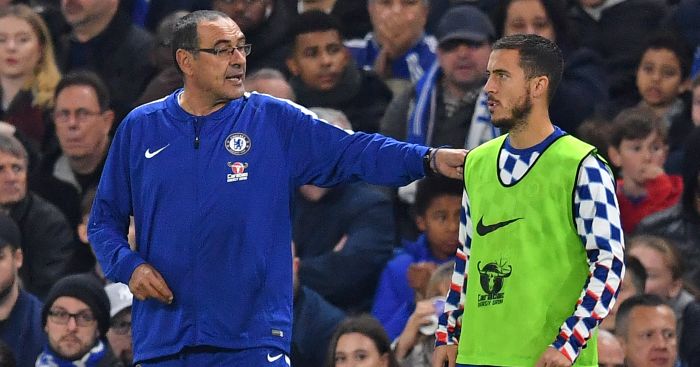 And he went on to add that none of the Chelsea players are of the quality of Cristiano Ronaldo, who will represent a step up in class. ‘I coached some very strong players, but training him will be yet another step forward,’ he added. ‘I’d like to help him break some new records.’

Sarri, who later strolled around Allianz Stadium, initially fielded questions from a packed out press conference and admitted to having his head turned as soon as the Italian giants came calling, with one factor being the chance to live closer to his elderly parents. ‘The feeling when Juve called me? Strong’, he said. ‘I’ve never seen a club so determined to get a coach before.

‘The Premier League was a great experience, but in the latter half (of the season), I felt professional and personal needs to return to Italy.’  Sarri also addressed the changes in style between Napoli and Chelsea, claiming the players at his disposal in London possessed different talents.  ‘What changes are the characteristics of the players,’ he said. Napoli had team players, who were totally at the disposal of the team and moved the ball at a decisively quicker pace. ‘Chelsea are made up of probably technically superior players, but with different individual characteristics. ‘They have wingers who want the ball at their feet and like to go one-on-one. It leads to a less fluid style of football, because Napoli had 11 who could play one-touch football, Chelsea had seven or eight who could do that and the others were individuals who could make the difference going by themselves.

‘We were fairly unbeatable in the last two-three months. You’d be insane to think you could change the characteristics of the players at your disposal. I’d be in the amateur leagues at that point. ‘You are dealing with players at this level who are already champions. The philosophy of football remains largely the same, but you must have the mental elasticity to adapt to the players and figure out how to win games.’

Sarri: "Juventus job is a step up" pic.twitter.com/WweoLLK2O9

When asked about the discontent among Napoli fans, many of whom feel betrayed by their former boss, Sarri admitted the opportunity was too good to turn down. ‘Juve are the best Italian club right now and offered me a chance to return to Italy. It’s the crowning achievement of a long career, that for 80 per cent of it was extremely tough. ‘I think I respected everyone. And in the last act I had to respect my profession and my professionalism.

Sarri's @sscnapoli team brought attractive football to the #UCL… More of the same at @juventusfc? pic.twitter.com/4uZjamS4q7

‘I expect to get up in the morning and study how to win games.’ Juventus sporting director Fabio Paratici offered his thanks to the Blues for the swift action and straightforward discussions. ‘The negotiation did not last beyond the month. We had clear ideas from the beginning,’ he revealed.  ‘I would like to take this opportunity to thank Chelsea. Between big clubs, you have to respect time and formality.’ 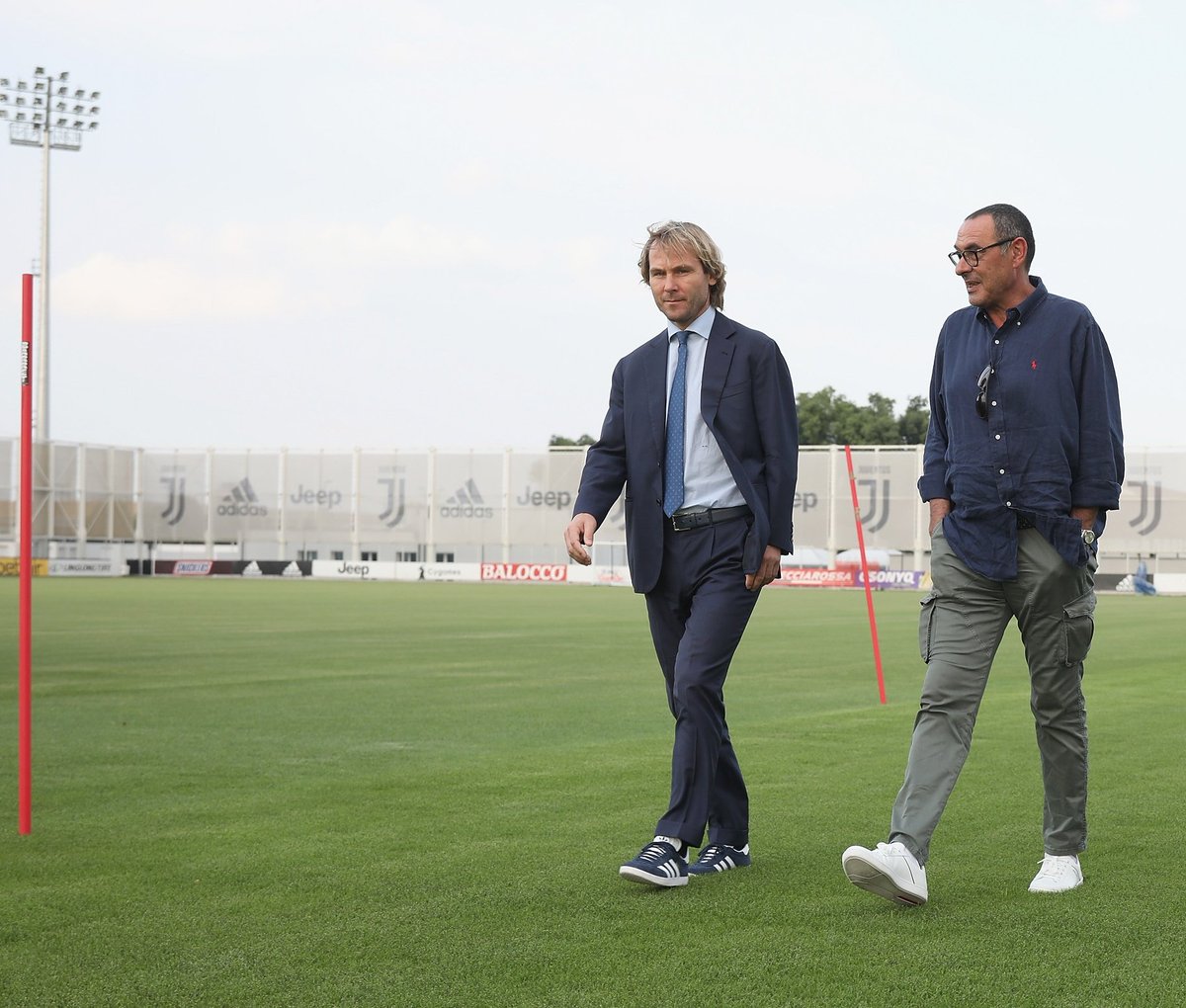 There was a moment of light relief as Sarri, famed for his casual tracksuit and cigarette in-hand look on the touchline, was asked if would smarten up on the touchline as Juventus manager.  ‘Suit on the pitch? I don’t know’, he said. ‘I’m going to talk to the club. We have not talked about this. The important thing is that at this age they don’t send me naked.’