Liverpool star and Champions League semi-final hero, Georginio Wijnaldum has turned his attention towards the Champions League final as it represents the opportunity for Liverpool to end the season with a ‘deserved’ piece of silverware. The Reds ultimately missed out on the Premier League title to Manchester City, despite amassing the third-highest points total in the history of the top flight. 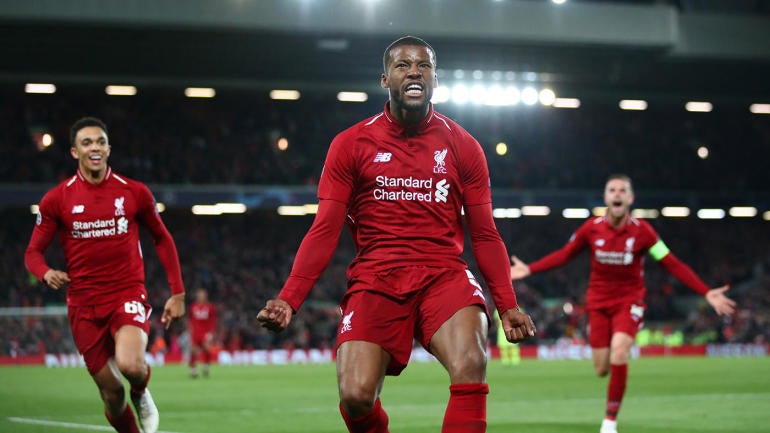 The campaign is far from over, however, as Jürgen Klopp’s side contest their second successive European Cup final when they travel to Madrid to play Tottenham Hotspur on June 1. The Reds were in the Champions League final last season but lost comprehensively to Real Madrid as Los Blancos walked over the Reds to claim their 3rd consecutive European crown.

“If you look back when you’re on vacation on this season, I think everyone will realise we had a really good season, a wonderful season,” Wijnaldum told Liverpoolfc.com. “Ninety-seven points, we’d normally be champion with. But in this case, City had one point more and they turned champions. Overall, I think we had a good season and now is the challenge to finish with a title to make the season complete.”

“It would be really sad if we finish the season without a title, especially because I think we were quite consistent this season and we did so good. I think this season deserves one.” Liverpool concluded their domestic commitments with a 2-0 victory over Wolverhampton Wanderers at Anfield on Sunday.

The victory over 7th-placed Wolves represented the 30th win of the Premier League season, leaving Wijnaldum relieved at the fact the Reds can determine the destination of the trophy themselves when they play Spurs. The midfielder who scored two goals against Barcelona in the semi final added: “We put everything in, everything we could.”

“If you look at the games where we still managed to win – Everton at home, Fulham away, Newcastle away and I probably forget five or six more difficult games that we still managed to win. We gave it our all but in the end it wasn’t enough. The last couple of games were basically games where we could only win and look at what City were doing. They won also, so fair enough that they are champions.” “But now we have a game that we can control, so we have to bring that to a good end. It would be really special, especially because this season deserves an end like that. We’re going to do everything to bring it to that end, but it’s going to be tough.” Liverpool would play Tottenham on the 1st of June at the Wanda Metropolitano to bring an end to what has been a fantastic season.