Chelsea star Eden Hazard, who scored the winning penalty for the Blues has dropped a hint about his proposed move to Real Madrid with his answer after helping his team qualify for the Europa League final against Eintracht Frankfurt. 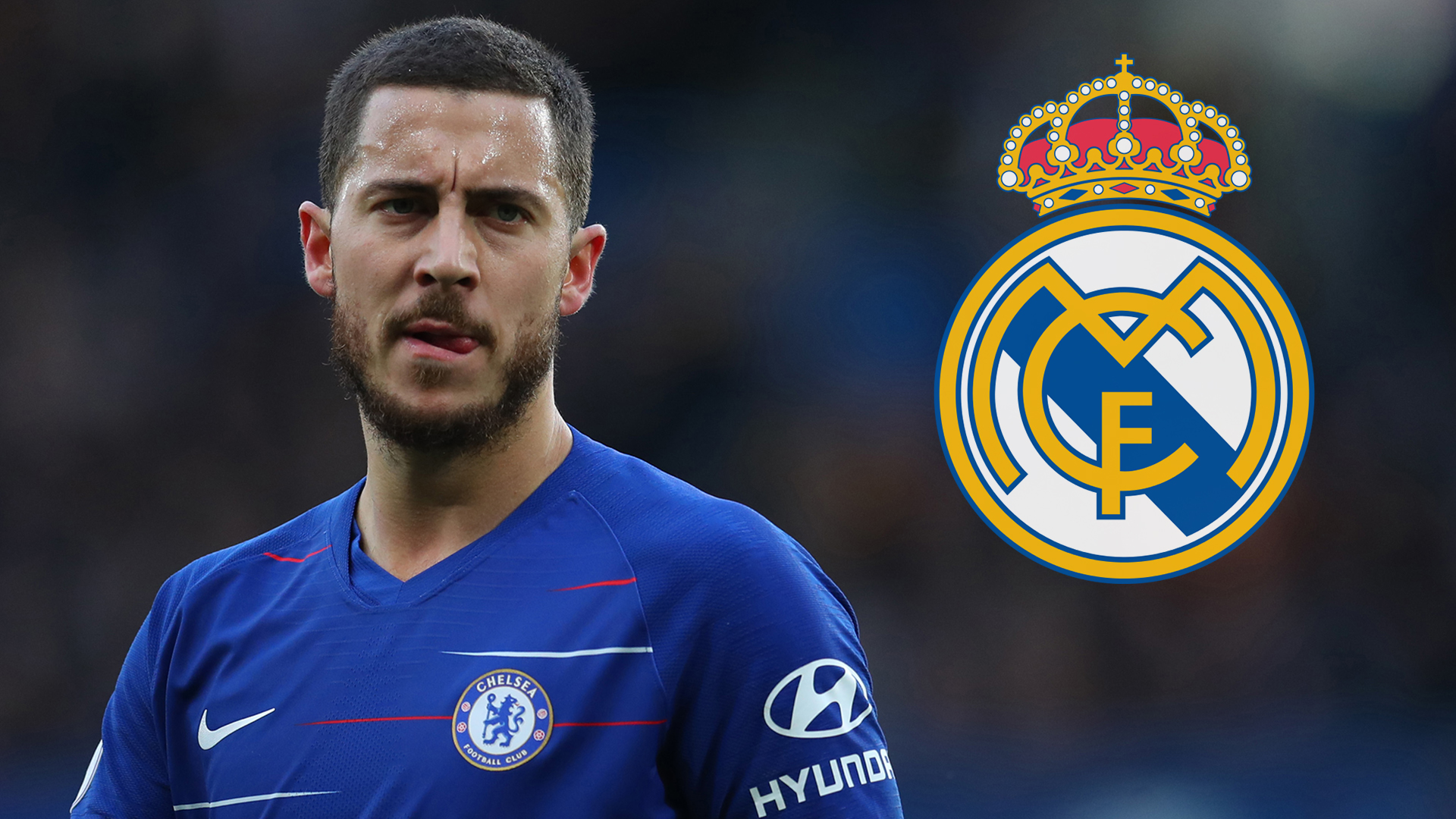 Eden Hazard admitted that the Europa League final in Baku could be his last game for Chelsea with his future still to be resolved. The talented Belgian, who is out of contract in 2020, scored the decisive penalty in the shootout after Thursday’s home tie against Eintracht Frankfurt went the distance. 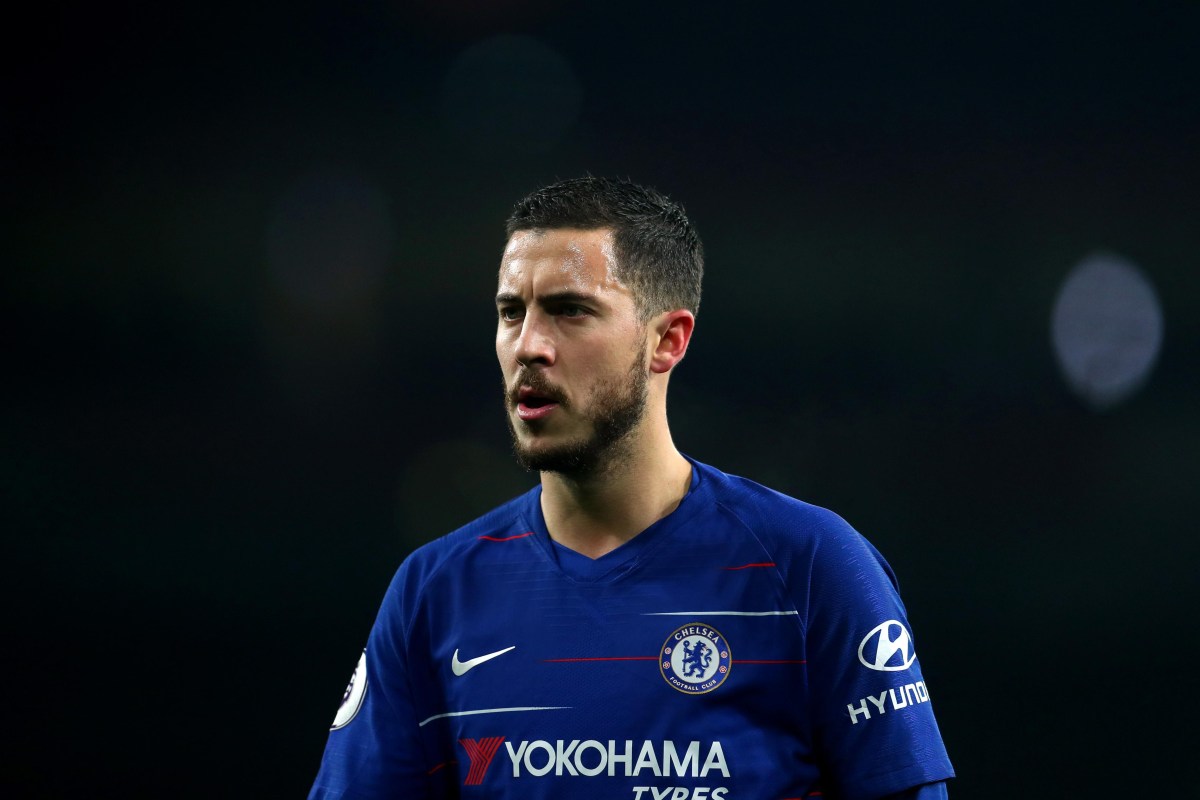 Chelsea conclude the domestic season away to Leicester City on Sunday and with links to Real Madrid refusing to disappear, it remains anyone’s guess whether the shootout win over the German side was his final outing at Stamford Bridge. Asked whether he feels it was to be his last game at Stamford Bridge, Hazard, speaking to BT Sport, said: “I don’t think that. I’m only thinking to win something for this club, for this squad. 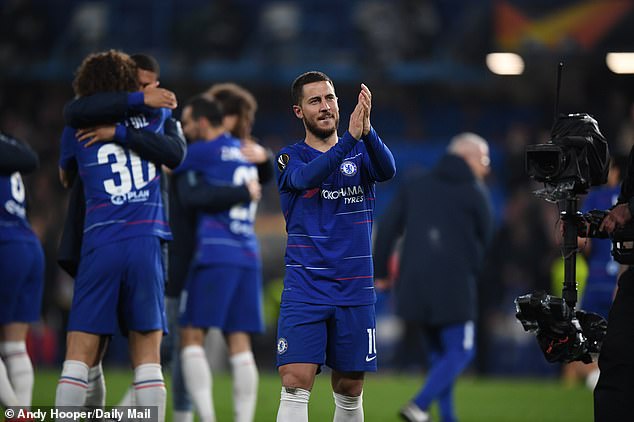 “If it’s my last game I will try to do everything, if it’s not we will see. In my mind I don’t know yet, I’m just thinking to win games and that’s it.” 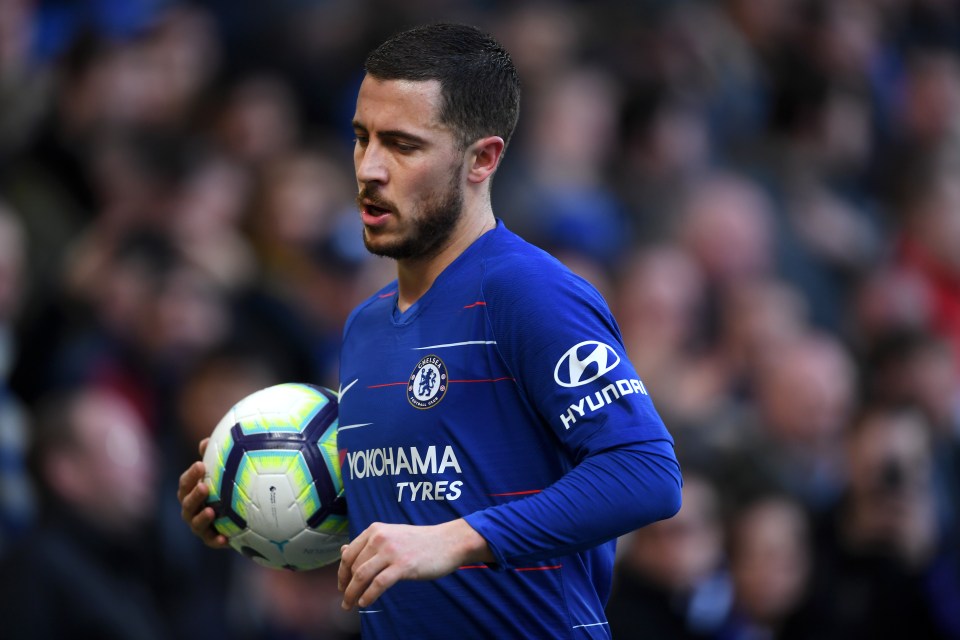 As Arsenal romped to victory away against Valencia – a hat-trick from Pierre-Emerick Aubameyang helping seal a 7-3 aggregate win – Chelsea were made to work before sealing their spot in dramatic circumstances. After goalkeeper Kepa Arrizabalaga saved Goncalo Paciencia’s spot-kick with his legs, Hazard was tasked with scoring to send the Blues into the final and the club’s talisman made no mistake. 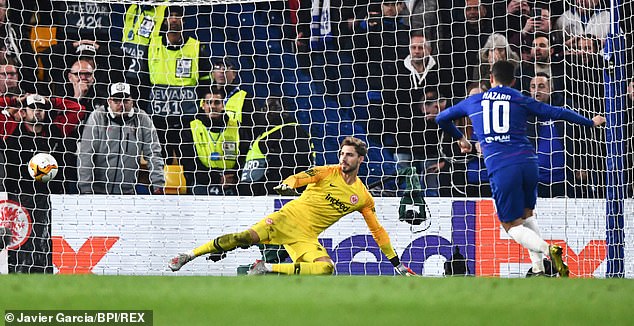 “Today I score, we won, I’m happy, the boys are happy, the fans are happy. But it’s not finished. It was hard but yes when you start the game you think you can reach the final especially when you draw the first game away and play the second game at home. I think we played a great game but a semi-final of the Europa League is not so easy. In the end we won on penalties, we are happy, and we go to Baku and try to win the trophy,” he added. 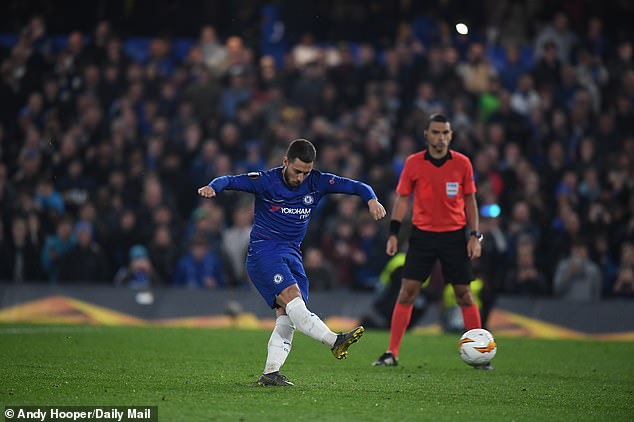 Hazard was involved all evening and was instrumental as Chelsea got the game’s opening goal in the first half when he teed up Ruben Loftus-Cheek. But Chelsea’s dominance waned and they were pegged back by the Bundesliga side when the in-demand striker Luka Jovic converted a Mijat Gacinovic pass. 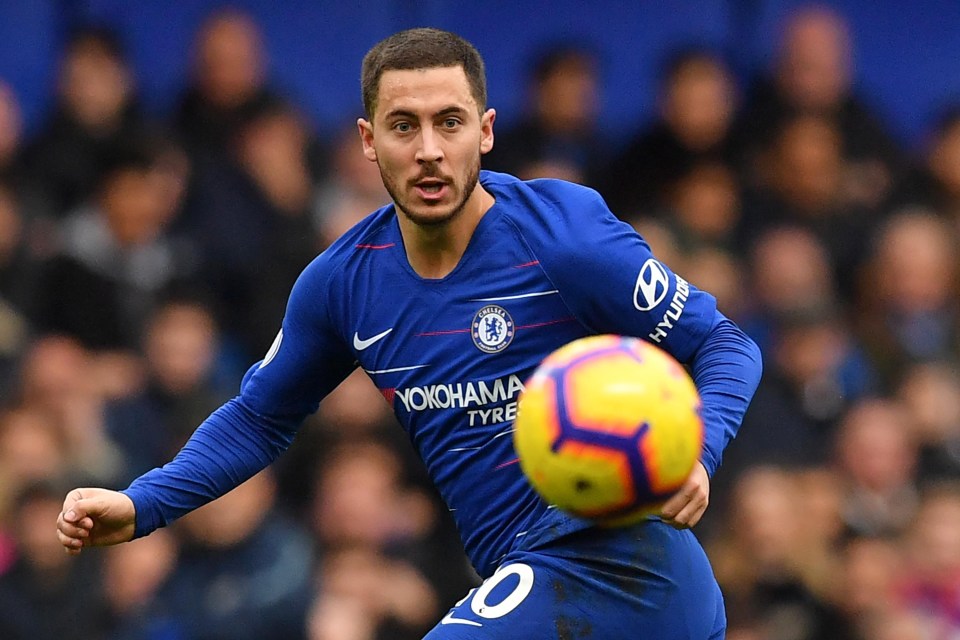 Asked about the level of performance across the 90 minutes, Hazard said: “In the first half yes, then always like this season we concede a goal in the second half. They create maybe one or two chances in the game, we created more, I think it was 50/50 in the end. It was not the best game to play but at the end the character was good and we go through. 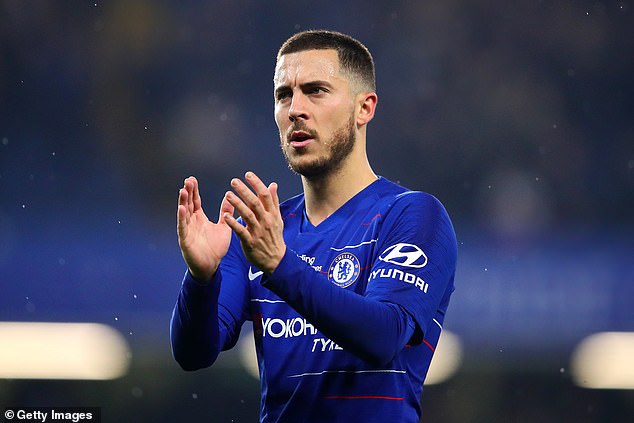 “Now we have another game to play against Arsenal. Against them we’re struggling a bit the last two or three years so we need to go there and play with quality and win the game.” The two London rivals will meet in Azerbaijan on May 29 with both a European trophy and a place in next season’s Champions League up for grabs.