Former England National team player and Lioness’ coach; Phil Neville has revealed his plan to name his England Women squad for the World Cup by the end of the month of April. This means that he is currently conducting his final screening process for places during the friendlies against Canada and Spain. 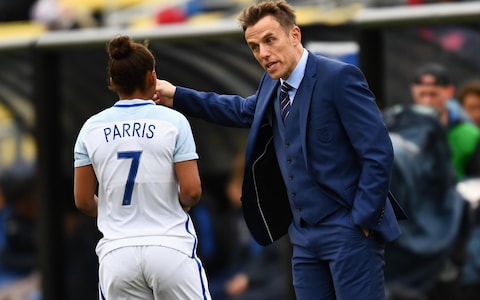 The manager who has been in charge of the English Women team since 2018 has increased the player pool to 30 but he can only take 23 players to France where the World Cup will take place this summer after the regular season.  “The players know they’re in the final straight towards the World Cup,” he said.

“They’ve got the final selection coming up in the next three to four weeks and they’re fighting for places, so there’s no complacency whatsoever. Nobody has been told they are in the squad yet, nobody is complacent or confident or booking flights for their families or anything. I’ve made sure of that. There is competition.”

Although the former Manchester United star; Neville has picked only 25 players for the games against Canada at Manchester City’s Academy Stadium on Friday and Spain in Swindon the following Tuesday, he insists that there is still a chance for the players on the backup team who have not been invited for the friendlies.

“There’s probably three or four on the outskirts still in my plans and there are places to fight for,” he said. “You’re going to get injuries, so there’s always a chance for players like Hannah Blundell, like Beth England, who are still in my thoughts.”

There is a worry for the Lionesses as Chelsea playmaker Fran Kirby will not be involved in the next two games after being sent home from England’s training camp at St George’s Park nursing what the FA termed “knee pain, requiring careful management”. 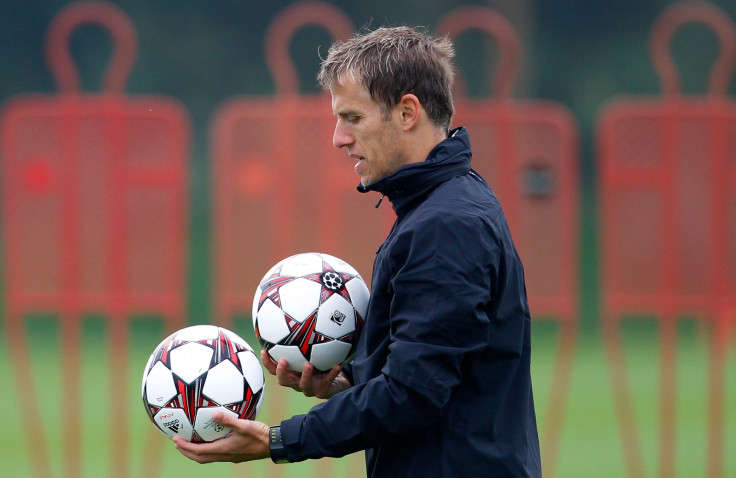 Her place has been filled by Manchester City’s Gemma Bonner but Neville will be anxiously awaiting updates from Chelsea’s medical team as Kirby is a potential star of France 2019 who could be integral to England’s chances of success. The surprise is that she has been replaced by a defender rather than England, her fellow Chelsea forward.

“Beth’s been so unlucky, she’s just got to keep doing what she’s been doing and I’ve told her that a few times,” Neville said. “Aoife Mannion; the Birmingham defender is so unlucky too – and Hannah Blundell; another defender too who plays for Chelsea. Their problem is the other players in their positions are playing really well. It’s a nice problem for me.”

“But these [fringe] players have all got age on their side and, even though they’re not in the squad now, they’re part of the England DNA. Lauren Hemp; the Manchester City forward is back with the under-19s after impressing in the SheBelieves Cup but we’re monitoring her.” 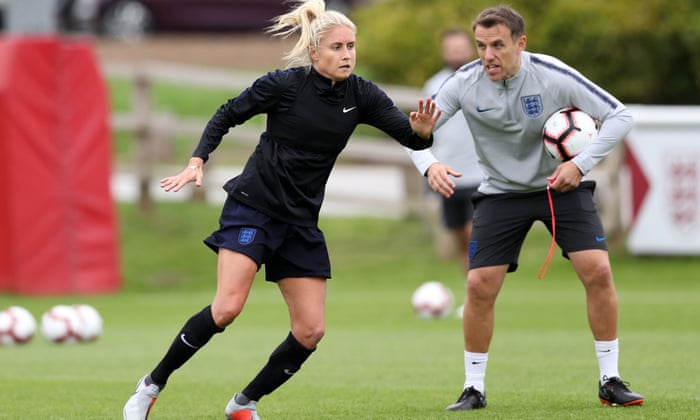 “The [established] players probably don’t enjoy the fact we’ve got 30 in the pool now but it’s keeping their performance levels high.”