Barcelona’s Ousmane Dembele is a huge doubt for the champions league clash against Lyon after limping off in the team’s 3-1 win over Rayo Vallecano on Saturday evening.  B Dembele came on as a second half substitute and helped set up the the third goal as Barca restored their seven-point lead at the top of La Liga. But the France forward ended the game in discomfort and tests have since revealed he strained his hamstring in the final minutes. 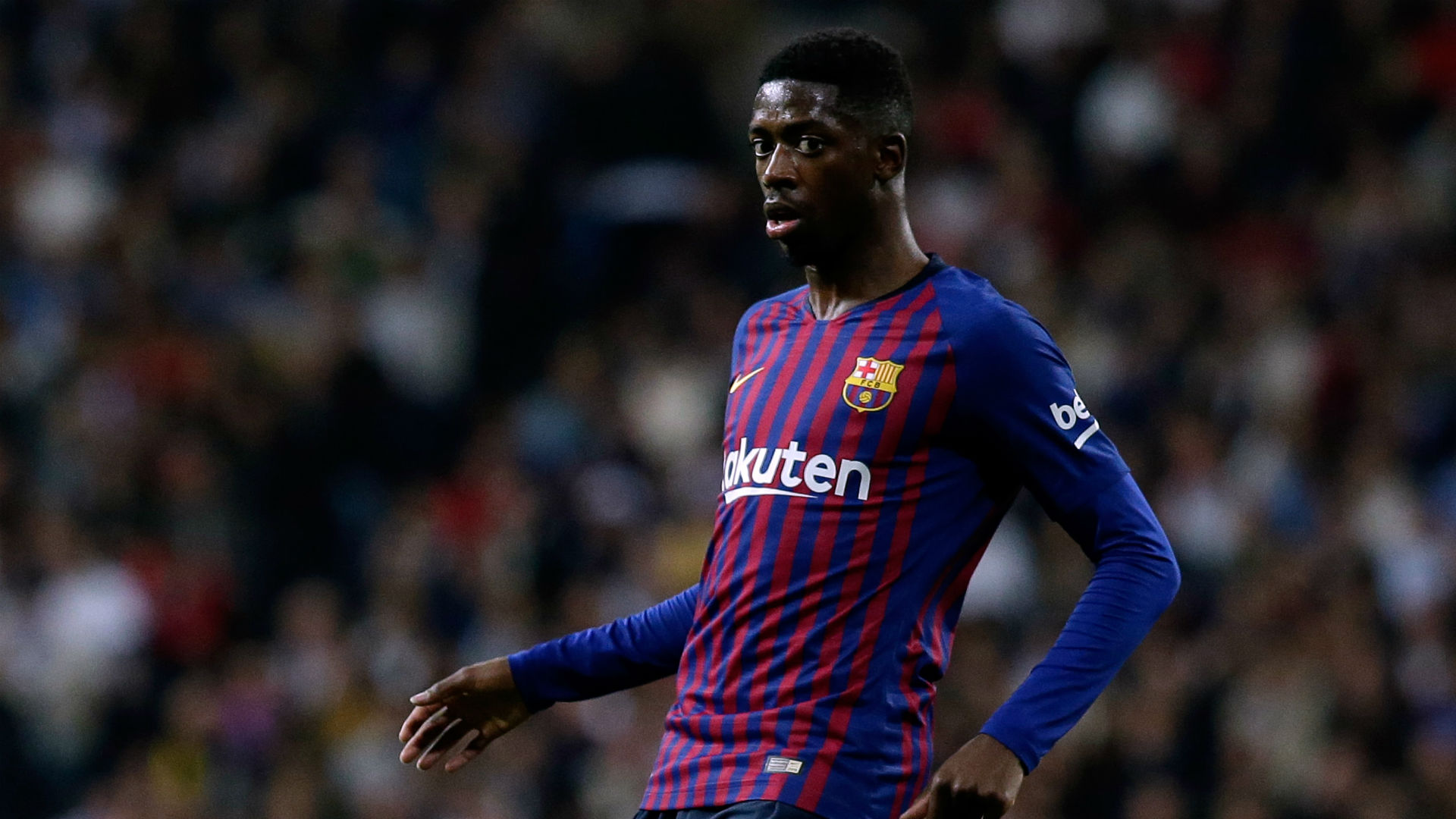 Barca have not revealed how long they expect him to be sidelined for but he’s unlikely to be fit for the round-of-16 second leg game against Lyon. The first leg ended goalless in France. Dembele has established himself as a key player in Ernesto Valverde’s side this season after an injury-hit first campaign in Spain. He has scored 13 goals in 33 appearances in all competitions and has relegated Philippe Coutinho to a bench role. Coutinho, who was whistled by home supporters when he was substituted in the second half against Rayo, is most likely to step in against Lyon if Dembele doesn’t make it. Malcom is also an option, while coach Ernesto Valverde could also choose to deploy Arturo Vidal and play with a four-man midfield. 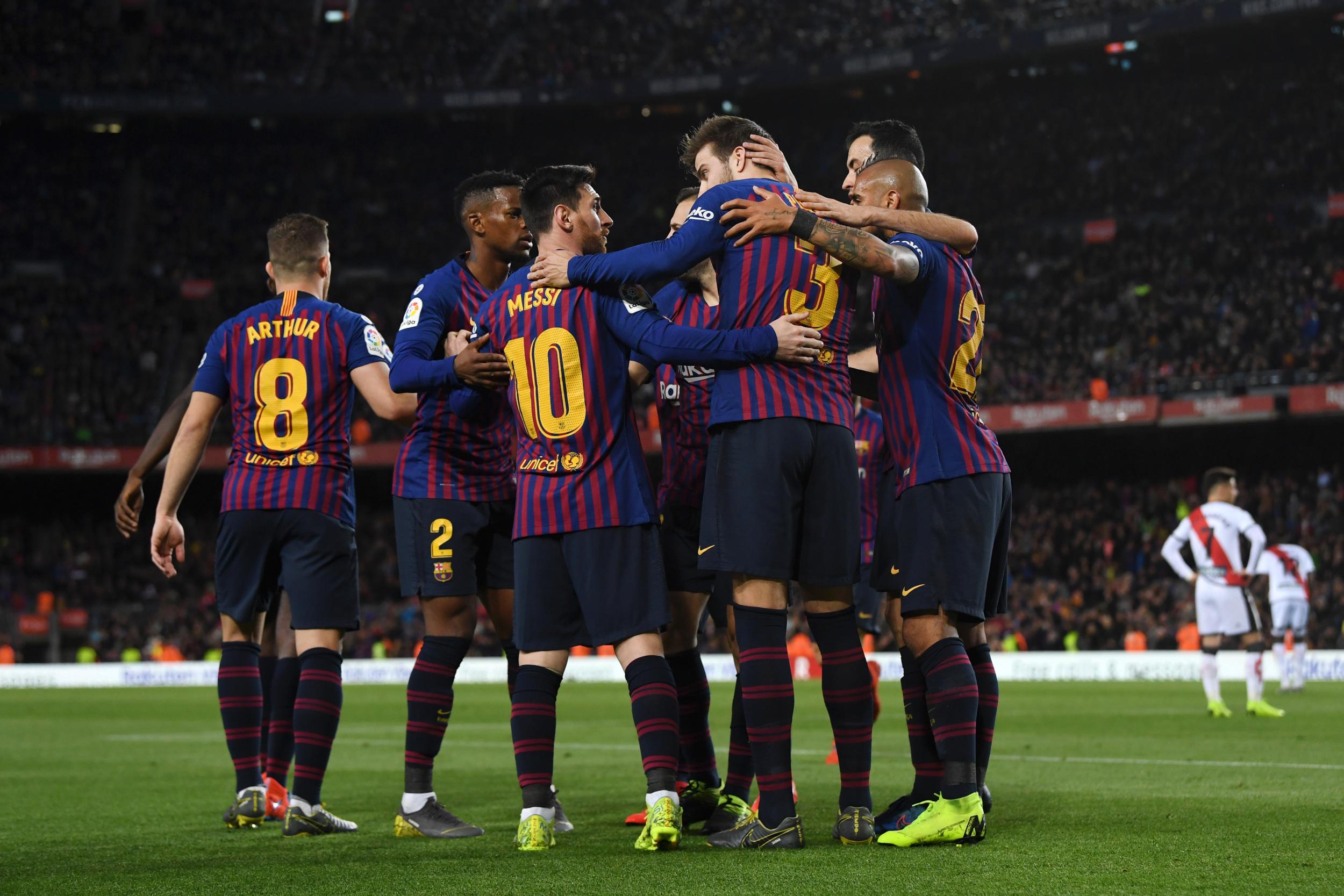 Meanwhile, Gerard Pique says Philippe Coutinho must accept the jeers from the Barcelona supporters but backed the Brazilian to finish the season strongly. Coutinho was whistled by a minority inside Camp Nou when he was replaced by Ivan Rakitic in the second half of Barca’s 3-1 win over Rayo Vallecano on Saturday. The club’s record signing has lost his place in the side to Ousmane Dembele but started against Rayo with the Frenchman rested ahead of Wednesday’s game against Lyon. 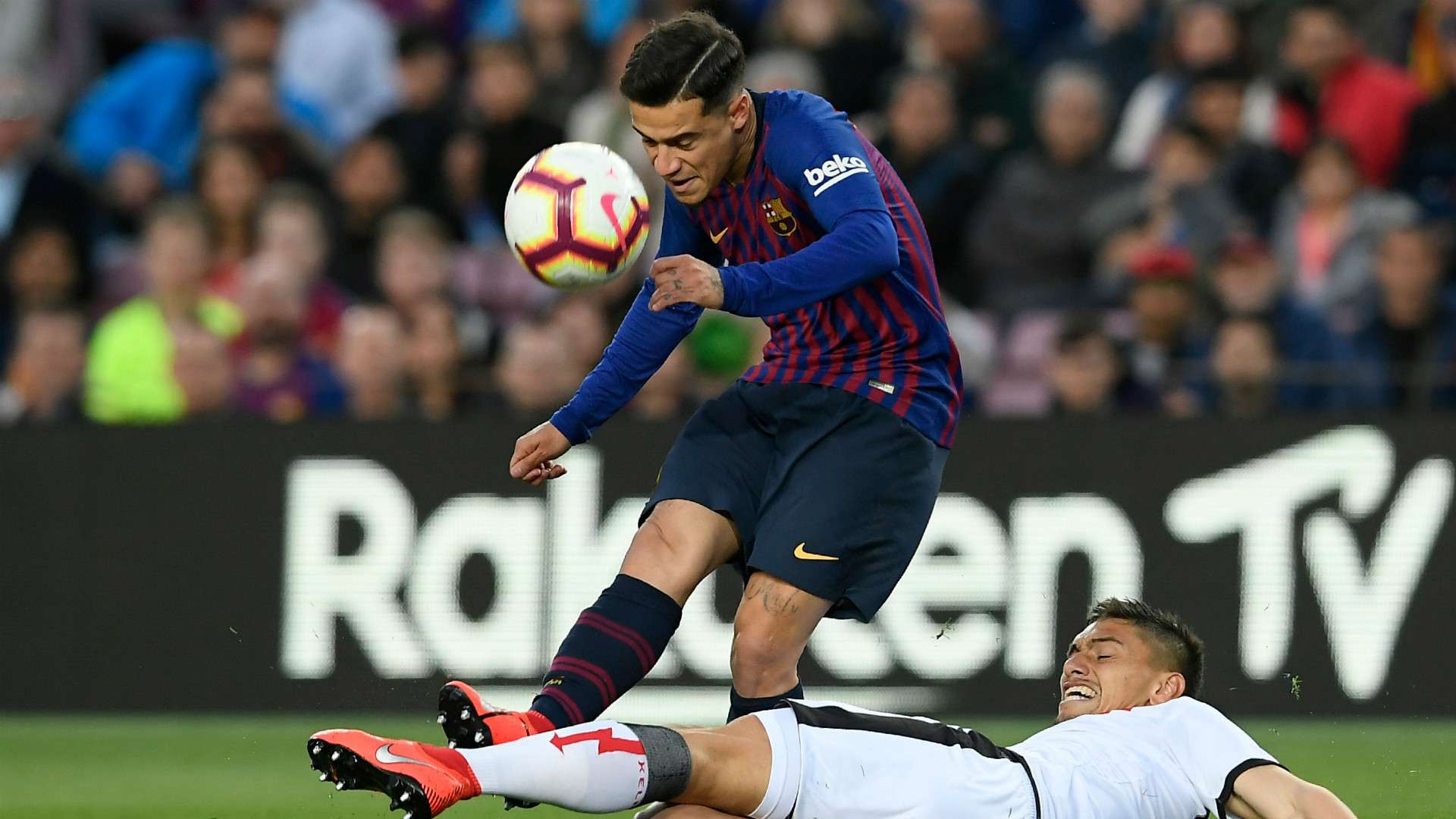 But Coutinho, who cost an initial €140 million when he joined from Liverpool last January, was unable to make the impact which would have given coach Ernesto Valverde a headache going into the Champions League game.  “Philippe is having a good season,” Pique told reporters when asked about the fan reaction to Coutinho’s 80th-minute substitution. “Obviously, he cost a lot and that means there are higher expectations surrounding his performances. It is what it is. You have to accept the reaction of the fans because at the end of the day they’re our supporters, you have to respect [their opinion].

“We — his teammates and people at the club — have to give him all the support in the world. We need him at his best in the final stage of the season and I’m sure he will be.”

Valverde also attempted to play down the negative reaction Coutinho was subjected to from parts of the stadium. “We’re at a club where there’s an incredible demand to win,” the Barca coach said in a news conference. “That’s the case at all clubs, but especially here. “We don’t have to give [the whistles aimed at Coutinho] too much importance. He was fighting all game to score. We’re always hoping our players are going to pull a rabbit out of the hat, but it’s not always the case.

“Sometimes things come off, sometimes they don’t. But his work rate is there to be seen for everyone. The secret is in persevering.” Raul de Tomas gave Rayo an early lead at Camp Nou but Barca responded with goals from Pique, Lionel Messi and Luis Suarez to restore their seven-point lead at the top of the table. After a run of four away games against Lyon, Sevilla and Real Madrid (twice), Pique was happy to overcome Rayo in what he felt was a potential banana skin before the midweek visit from Lyon.

“We’ve had a tough run of games,” the defender added. “[Rayo] was, in theory, a more winnable match, but games like this are historically difficult to play. Before Roma [last season], we didn’t play well against Leganes. “We have to try and focus on Wednesday. We have three objectives in our head [La Liga, the Copa del Rey and the Champions League] but there’s a long way to go. Lyon is a final. All or nothing. We’re now focused on that.”