Why Ndume Might Be the Bane Of The National Assembly, If He Becomes Senate President

The fight for the seat of the senate presidency, as we know it, has  grown thinner after Goje had decided to step down and endorse Lawan.

The seat of the third citizen of the Federal republic of Nigeria is not one to be toyed with, and therefore whoever sits on it should be chosen carefully, as decision made will make a great impact on the nation for the next four years. This is why the importance of taking a critical look at the candidates we have left cannot be over emphasized.

Let us take a walk down history and see the men who have occupied this very powerful seat so far.

Since the inception of Nigeria’s independence we have had 12 Senate presidents till date. Nnamdi Azikwe and Nwafor  were the head of the ceremonial Senate in the first republic. They were followed by Joseph Wayas, who was the Chairman of the National Assembly in the second republic, Dr. Iyocha Ayu and Ahmed Ebute, led the third republic. Late Chief Evans Ewerem, the late Dr. Chuba Okadigbo, Pius Ayim, Adulphus Wabara, Ken Nnamani, General David Mark and Dr. Bukola Saraki, have been the senate presidents for the last 20 years.

The importance of the seat of the Senate presidency cannot be over emphasized. The senate president is a key member of the president cabinet, he automatically becomes the acting  president in the absence of the Commander-In Chief of the armed forces and his deputy. It is important that whoever finally takes the seat remains impartial while maintaining a cordial relationship with the executive arm of government.

When there is a gulf between the senate presidency and the the executive then the nation is in for a very turbulent ride. Problems such as denial of approval of presidential nominees, delay in passage of budget, defections and executive tension will be the order of that administration. The very troubled relationship between the last Senate President and the presidency had quite a destabilizing effect on Nigeria’s economy, one of them being the delayed passage of the yearly budgets. Let us take a look at the prospective candidates available, we will begin with Ahmed Lawan.

Ahmed Lawan is a third time senator, a former two-time house of representative member who is from Yobe state. His fight for the senate presidency began a while back in 2015 when he had lost to Saraki.  Lawan has the support of APC senators from the Southwest, North central, Northwest where his campaign manager, Senator Yahaya Abdullahi, hails from, and the lone Young Party of Nigeria (YPN) senator from Anambra State, Ifeanyi Ubah. Also, the two senators from the South, Senator Aliemekena (Edo North)  and Ovie Omo-Agege (Delta Central) are toeing the party line. He is the chosen candidate of the APC party.

Mohammed Ali Ndume on the other hand is from Borno state and has fought various battle in the senate. He is known to be very controversial and definitely not a team player.  Ndume was suspended from the senate in 2017, after going head to head with the then senate president Bukola Saraki. He has categorically stated over time, in no uncertain terms, that he would definitely not be stepping down for Lawan. Ndume spent 8 years as the former Minority Leader of the House of Representatives, and later moved to the Senate.

The fact that Ndume does not have popular support from the All Progressive Congress sends a strong message that he is an extremely controversial individual and definitely one who would burn the house down if he can’t have his way, are we sure this is the man we want for the job? We have had enough of Senate presidents who simply go against the executive to massage their bruised ego and not for the good of the nation. While it is important that a senate president remains impartial he must also be ready to  work with the executive arm of government to make way for a smooth administration.

Ndume’s infamous personality does not end with the APC, but extends to a faction of the PDP Senate, whose loyalty to Saraki remains unwavering still. Let us not forget Ndume alleged  connection to terrorism. This allegation to Boko Haram was made in 2011, following the Nigerian State Security Service’s interrogation of a suspected Boko Haram member and spokesman, Mallam Ali Konduga. He was also the Senate Majority leader in the Nigerian Senate House after the 2016 elections and got impeached by the APC Senators on the 10th January 2017. So many controversies and allegations trailing one individual. Is he the man we should be handing power over to? 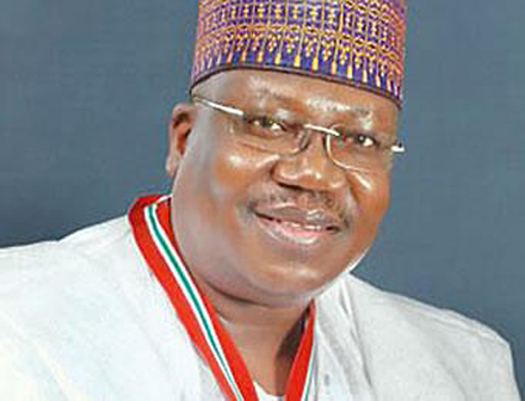 Ndume’s refusal to be a team player is one of the reason why he refused to step down even after APC declared their support for Lawan. The noble thing Ndume would have done should  have been to vie for other key positions, and leave the battle for another day. It seems Ndume will not be giving up until the ship has truly gone down, while a man that has grit is highly appreciated, there is a thin line between being courageous and being insensible. Ndume, if he becomes senate president will definitely burn the nation down if he has to  just because he has  to prove a point. While the country needs a man with grit, we also need one who is highly diplomatic.

Being the senate president means having a wealth of diplomacy and an acute sense of finesse. Knowing when to strike the balance and move the country forward. Also while putting aside one’s personal vendetta  and putting the need of the country first. Lawan slogan is  ‘a Senate and National Assembly that works for Nigeria, if he is a man that truly shares a strong connection with his slogan, then he might just be the man for the job.