Unlike many in showbiz who have a kid or two out of wedlock with folds and folds of baby mama and baby daddy drama’s, CEO Mavin Records Michael Ajereh popularly known as Don Jazzy is an exception and has to be one of the most fun celebrity on social media.

While most fans have utter love for the iconic music producer, his singledom is still disturbing to most ladies who want to become “Mrs Don Jazzy”. Even worse, his dedication to keeping his relationship and intimate life private is torture to some of these ladies. So mostly, every chance they get, some ladies claim that the music producer is their one in all. 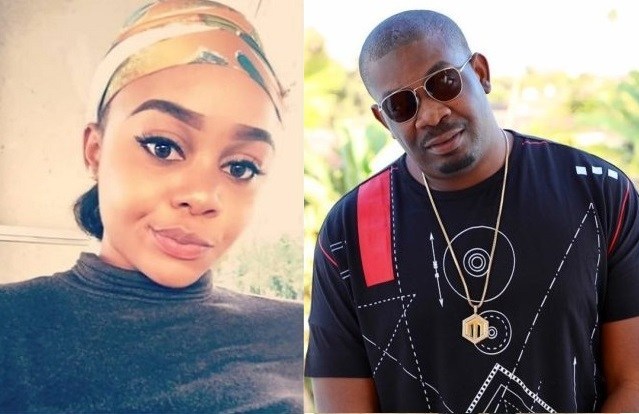 Recently, a young lady identified as Lahaadee on social media claimed that she was carrying the child of the 37-year-old super rich record label owner. Jazzy immediately jumped on the post and demanded to know where and how she got pregnant for him. This is not the first time a lady will be claiming to be pregnant for Don Jazzy and if his relationship life wasn’t secret, these claims might be believable and worse, land him in huge trouble. Recall that in April 2019,  Don Jazzy had said that he didn’t have a child out of wedlock when he touched on his plans to get married in an interview.

When asked about rumors making the rounds that he may have a child stashed somewhere, Don Jazzy replied to the best of his knowledge: “I didn’t hear anything about having a child outside wedlock. I don’t have a child yet or maybe somebody has a child for me somewhere and they don’t want me to know about it but I don’t know why they won’t want me to know about such a thing. If anyone has a child for me, they should bring the child forward. To the best of my knowledge, I don’t have a child yet.”