It has been reported that Nollywood actress and billionaire wife, Regina Daniels has been appointed as the Youth Ambassador of
the Super Eagles Supporters Club. The appointment, which comes ahead of the commencement of the 2019 edition of the African
Cup of Nations (AFCON) Tournament in Egypt, was conveyed through a letter signed by the National President of the supporters club, Mr Vincent Okumagba.

According to the letter, Princess Regina Daniels Ned Nwoko was chosen for the prestigious soccer ambassadorial appointment due to her motivational endeavours and passion shown over the years. The supporters club cited one of the endeavours as the recent Regina Daniels Childrens Carnival which was staged in Agbor, Delta state and attracted thousands of people particularly children and youth. It is noteworthy that Regina’s husband, Prince (Dr) Ned Nwoko, the Senator-elect for Delta North is a veritable pillar of sports in the country. He is also the Chancellor of the proposed Stars University, Delta State, a pioneer tertiary institution that would combine comprehensive sports development and academic pursuits. #educationethusiast #starsuniversity #mountnednwoko #princenednwokofoundation #pnnf #nednwoko

Recall that the presidential candidate of the Peoples Democratic Party (PDP), Atiku Abubakar, appointed  the Nollywood actress, Regina Daniels, as a youth campaign coordinator for Nollywood. The young actress made the news of her appointment public on Instagram. 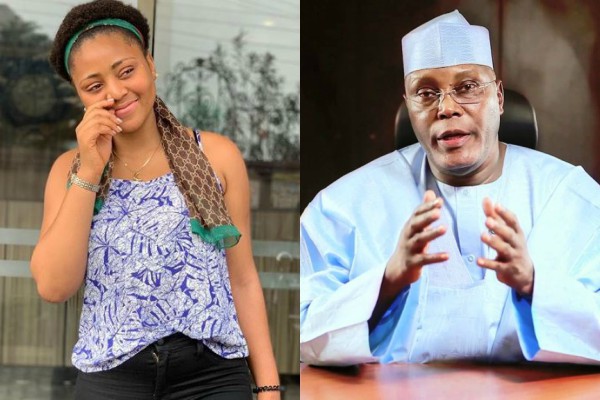 She said: “I’m Regina Daniels. Proud to be 100% Atikulated with Atiku Abubakar who is in the race to become Nigeria’s next  President,” she wrote on Instagram. I accept my appointment as Youth Campaign Coordinator for Nollywood with humility and youthful zeal.” “Atiku is a youth-friendly leader who has assured that every 4 out of 10 of his cabinet will be a youth. The drift is brazen,” she  wrote.The drift is brazen. The nation is at crossroads. The land bleeds from hunger and inertia. It’s time to steer the ship away from ca put. From Bama to Bori, Aba to Abuja, Kaura Namode to Kaduna, the sky is gloomy.Time for Nigerian Youths to join me and vote Atiku/Obi 2019 to protect our future.”

The star who is best known for her roles in movies like ‘Hour of Tears 1 & 2’ and ‘5 Virgins’ was one of the Nollywood actors to endorse Mr Abubakar’s election bid on social media. After bagging this appointment from Atiku who later lost the presidential race, she went ahead to bag a marriage certificate, which cannot be contested by anyone. She is currently the wife to popular politician, Ned Nwoko.