Simi Proves She Is Beautiful With Low Cut Or Wig, Which Is Your Favourite Look?

Singer, Simisola Ogunleye popularly know as Simi is in a league of her own when it comes to style. The lovely songbird has endeared herself to us not only with her songs but also with her simple stated way of dressing.

Anyone who knows Simi would quickly tell you that low cut is so beautiful on her and it is beyond comparison as she has stated on several occasions that she was once a tomboy and only decided to infuse some girly vibes. 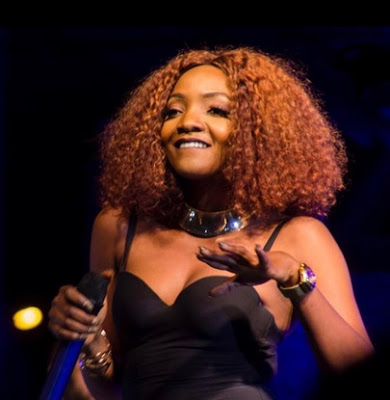 The ‘Joromi’ crooner is one of our favourite celebrities when it comes to sticking with fashion items she is comfortable in and here are few photos of Simi proofed she is just as amazing when she ditches the wig.

One can’t help but notice the tiny voice of our celebrity sweetheart, Simi. Simisola “Simi” Ogunleye is a Nigerian singer and songwriter. Simi started her career as a gospel singer, releasing her debut studio album in 2008 titled Ogaju.  Her career came into spotlight in 2014 after she released “Tiff”, a song which was nominated in two categories at The Headies 2015 and further brought her to mainstream recognition.  Simi is currently signed to X3M Music under which she released her second studio album Simisola.

Simi’s final album for her former record label was ‘Omo Charlie Champagne’ — which was released on April 19, 2019. In the album, Simi featured Patoranking for ‘Jericho’, Maleek Berry for ‘Immortal’, and Adekunle Gold, her husband, for ‘By You’ X3M Music was founded in 2008 by Steve Babaeko as part of the X3M group.

In January 2014, Simi released an EP titled Restless that eventually earned her a record deal with X3M Music. The EP contains a 5-track cover of popular songs by international acts like Rihanna’s “Man Down” and Adele’s “Set Fire to the Rain”.

What do you think? Which is your favourite look?