It has been reported that Nollywood comic actor Baba Suwe has finally met with popular cleric, Iya Adura Esther Ajayi, who gave him the sum of N10 million after seeking help publicly when he was seriously down with an unknown illness. 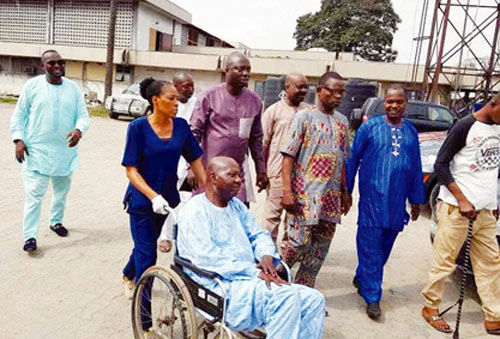 Baba Suwe was very lucky to have met help exactly when he needed it because it was few weeks after he got the money, he was flown abroad for a better medical treatment. 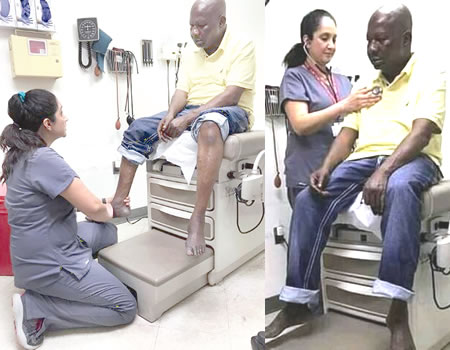 Baba Suwe in a bid to show gratitude to his benefactor decided to pay her an August Visit. Baba Suwe alongside his son went to meet the woman at Sheraton hotel in Lagos where the woman expressed her joy of seeing him on his feet again and she used this medium to bless him more spiritually. See pictures from their meeting : It can also be recalled that Vice President, Yemi Osinbajo has made the sum of N1 Millionaire donation to veteran actor, Babatunde Omidina, better known as Baba Suwe. Osinbajo made the donation through the Office of the Youth Organising Secretary, APC Lagos, Aregbe Idris who was also in the company of popular Nollywood actress, Remi Surutu and Nkechi Blessing. The donation was made as a kind gesture supporting the treatment of the comic actor whose supposedly battling with diabetes amongst other ailments.

While making the donation, the vice president offered prayers of quick recovery and further urged well-meaning Nigerians to lend their support to the actor. “God is to us a God of deliverance, and death has no power over your life. I am positive that his healing hands will restore your health and cast out every form of infirmity in your body,” Osinbajo added. All these happened few months ago after it was reported that Veteran Nollywood actor, Babatunde Omidina popularly known as Baba Suwe was down with an unknown sickness.

A Lagos based seasoned radio broadcaster said that no one among Baba Suwe’s friends and professional colleagues was willing to help solve his challenge.

He said; “Baba Suwe is a good man. None of his people can say he is bad. And they are not helping him not because he behaved badly to them. 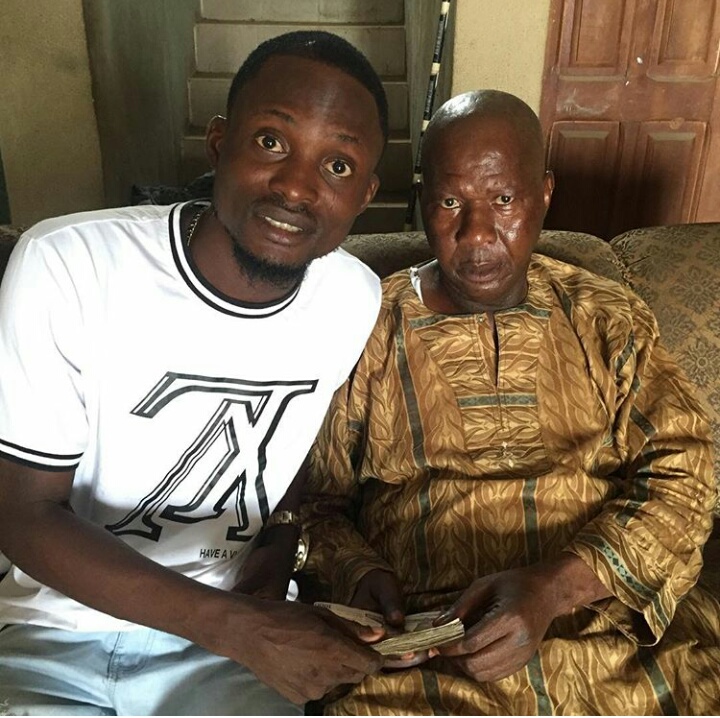 Baba Suwe who looks like he is better now and also back on his feet has since shown appreciation to actors, actress and his well-wishers who came through for him when he desperately needed help.

Who else thinks Baba Suwe is a very lucky man ?