The drama has moved on to the next level as media personality Toke Makinwa and her former interior designer, Sandra Edoho  exchanges words directly at one another on Instagram after they badly fell out over the alleged deteriorating condition of the new furniture at Toke’s multi-million naira home in Lagos.

After which Sandra Edoho slams Toke referring her former client as  ‘a client from hell’. Not taking things lightly Toke fires back with her instagram handle as she replies her former interior designer.

Toke claims she tried her best to reach out but was met with rude customer service. This has also been denied by Sandra, who also now claims that Toke went as far as insulting her husband during their private back and forth. Read what they both wrote below; 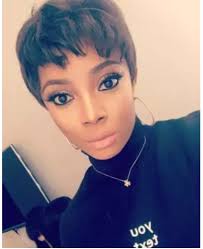 “Your rudeness I can overlook but lying is one thing I would not tolerate. You have zero customer service, your attitude to issues is not to resolve but to shift blame.” 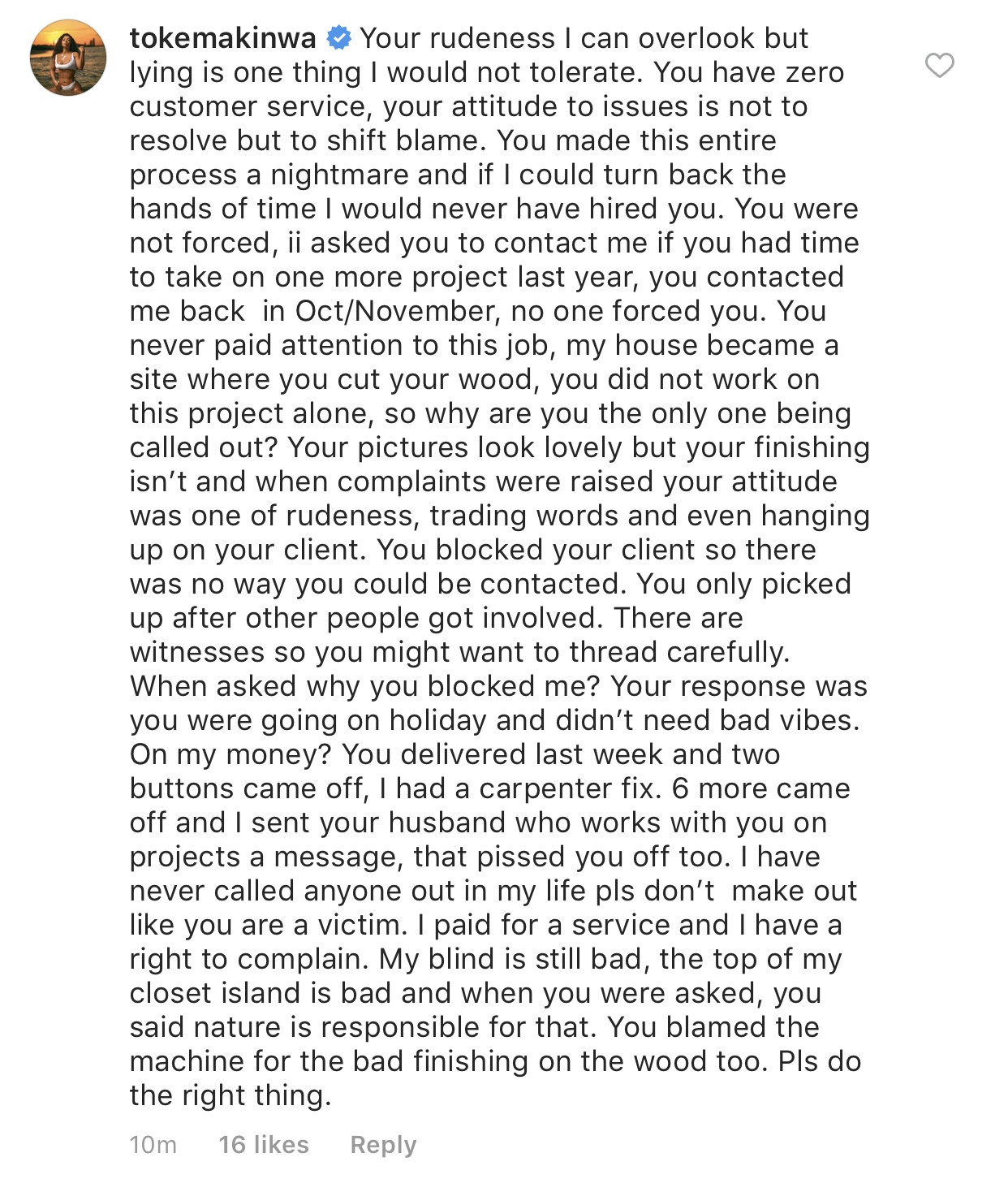 ”You made this entire process a nightmare and if I could turn back the hands of time I would never have hired you. You were not forced, ii asked you to contact me if you had time to take on one more project last year, you contacted me back in Oct/November, no one forced you.”

”You never paid attention to this job, my house became a site where you cut your wood, you did not work on this project alone, so why are you the only one being called out? Your pictures look lovely but your finishing isn’t and when complaints were raised your attitude was one of rudeness, trading words and even hanging up on your client.” 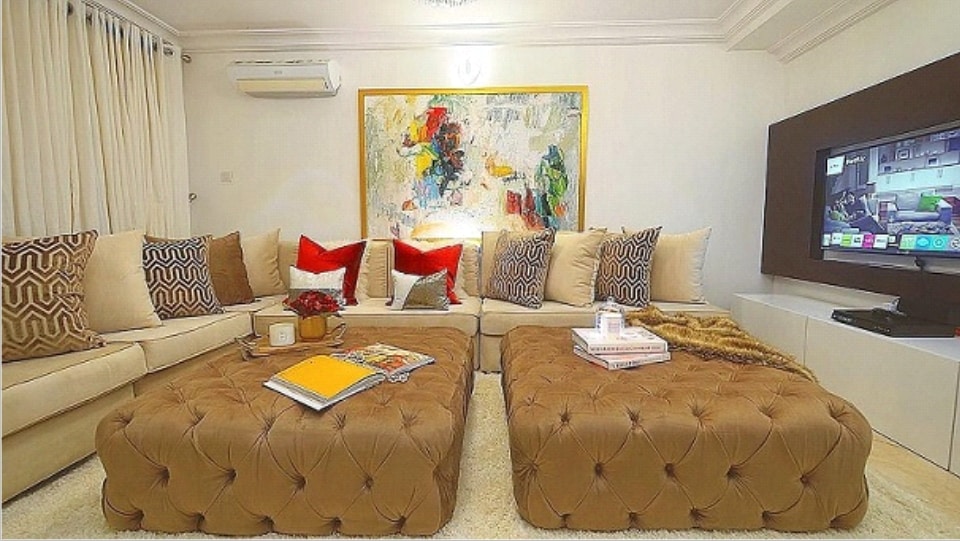 ”You blocked your client so there was no way you could be contacted. You only picked up after other people got involved. There are witnesses so you might want to thread carefully. When asked why you blocked me? Your response was you were going on holiday and didn’t need bad vibes. On my money?” 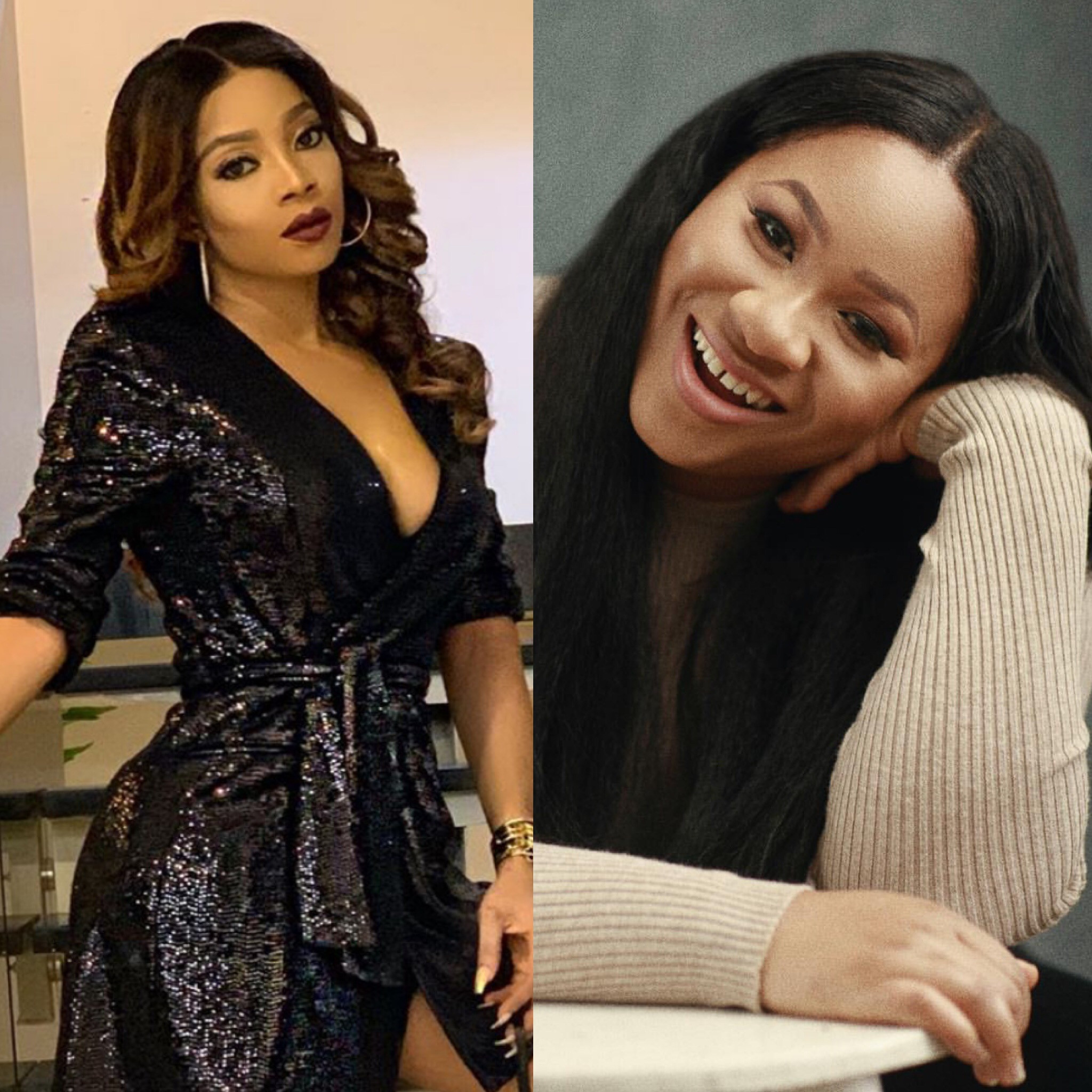 ”You delivered last week and two buttons came off, I had a carpenter fix. 6 more came off and I sent your husband who works with you on projects a message, that pissed you off too. I have never called anyone out in my life pls don’t make out like you are a victim.”

”I paid for a service and I have a right to complain. My blind is still bad, the top of my closet island is bad and when you were asked, you said nature is responsible for that. You blamed the machine for the bad finishing on the wood too. Pls do the right thing,” Toke wrote.”