“Small d*ck pastor, pay me what you owe me!” Cossy Orjiakor slams Apostle Johnson Suleman because of this viral video – See shocking details!

Controversial actress and socialite,  Cossy Ojiakor  has come after Apostle Johnson Suleman  once again. She hides nothing in the comment section as she slams him with embarrassing insult. I wonder how she knew, the insult is one that comes from either deep knowledge or blatant lies.

After Tunde Ednut shared a video of Suleman saying he didn’t acquire his private jet  by using the offering and tithes. Cossy Orjiakor  then replied  and had the gall to call The General Overseer and Senior Pastor of Omega Fire Ministries International, Apostle Johnson Suleman a mini pricked pastor.

She commented on the video, insulting him for having a small d*ck and asking him to pay her off. Seems there’s a lot we don’t know about their relationship or lack of it. 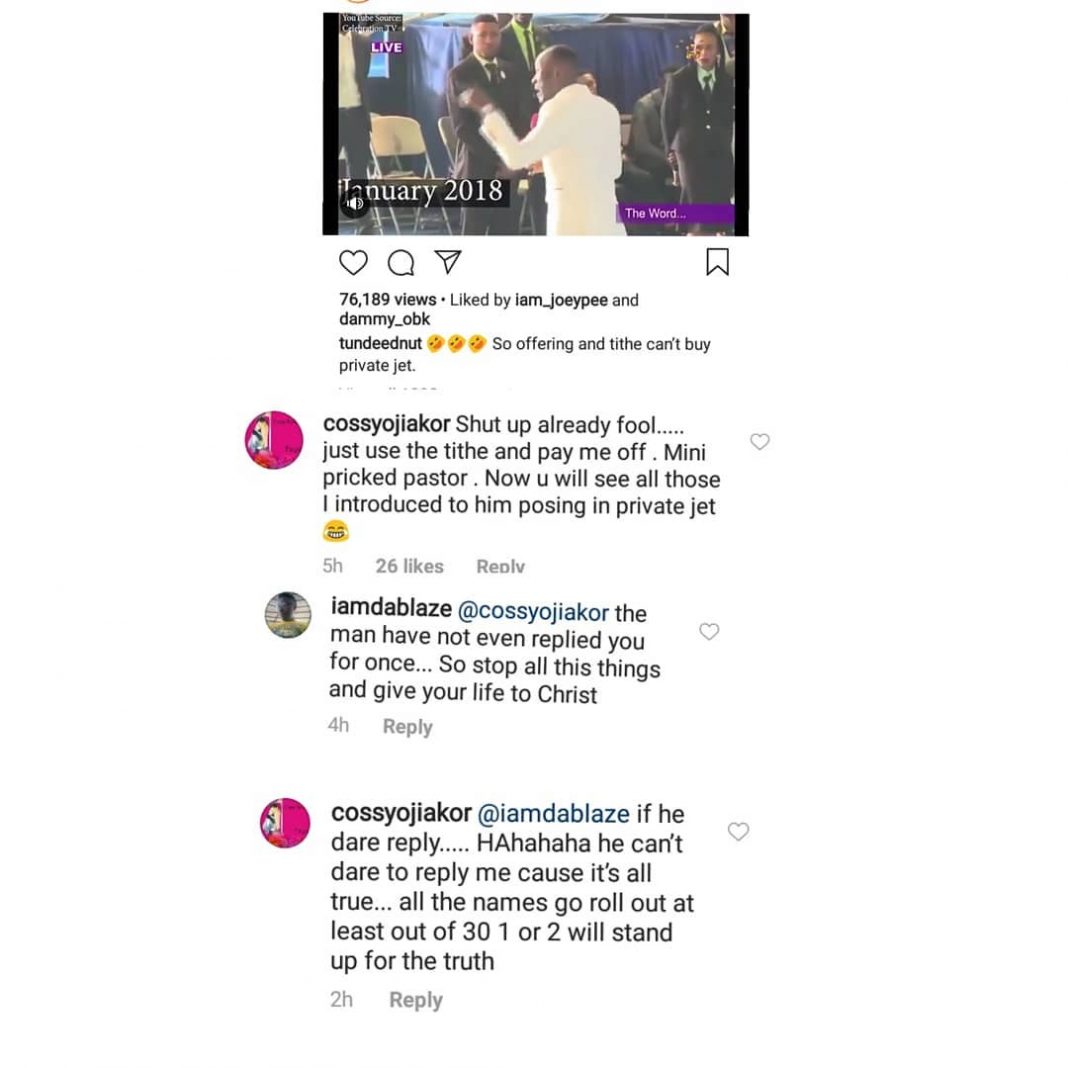 Someone in the comment section have a funny reaction tho the video saying “So Oga how u take acquire yours. Simi see trouble ,are you a yahoo pastor ???”

She claimed that she pimped several actresses to a Pastor, of which one boycotted her to become the pastor’s main pimp. She revealed that, the pastor did not fulfill his promise of buying her a Range Rover but went on to lavish the said actress with cars and houses. 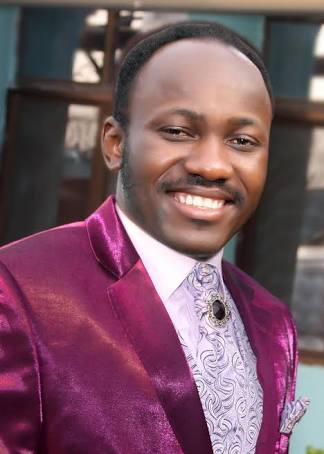 Cossy Orjiakor in her Instagram post, dropped a shade for Apostle Johnson Suleman over buying a private jet as reported few days ago. The actress who further stated that the renowned pastor still owes her a Range Rover Sport, added that she isn’t scared of death when followers criticized the call out post. 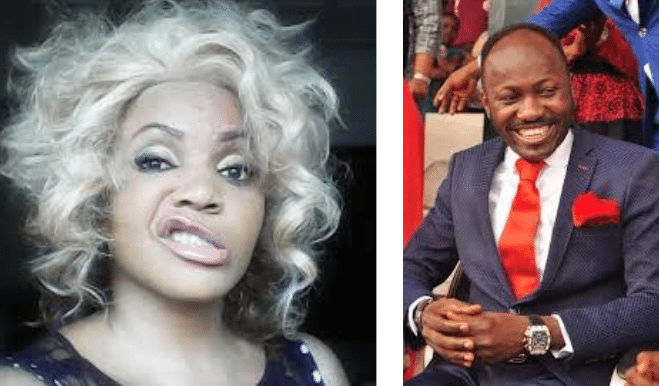 Hmmm… I wonder if she really has something against him or she’s just trolling him because he keeps rising. Especially now that the apostle has been flaunting his private jet and even received appraisal from Bishop David Oyedepo

Since she keeps coming back to draw blood, I wonder who will surrender first, Cossy or Suleman, trust us to keep you posted