5 Famous Nigerians who are “Prophets without honour” in their fatherland – No.1 was a Nigerian president!! (Pictures)

Ever heard of the phrase “a prophet is always without honour in his own country?” This phrase has always played out rather well in Nigeria. Although the reasons for this may stem from familiarity or the simple fact that they are not doing enough to move the country forward, despite their success (by the citizen’s assessment).

But the truth remains that these successful men and women have carved niches for themselves in their respective fields. They might be underrated a bit in Nigeria but their worth is recognized beyond the shores of this country and they have been able to garner attention for themselves globally. Meet 11 notable Nigerians who are more appreciated and respected abroad than at home. Born in the city of Ibadan, Sade is a British Nigerian songwriter, composer and record producer. Her first claim to fame was back in 1980 as the frontwoman and lead vocalist for the band Sade. The group won a Grammy in 1986 for Best New Artist. In recognition for her services to music, Prince Charles bestowed upon her the Officer of the Order of the British Empire.

She has also been nominated six times for the Brit Awards under the Best British Female category. Her albums usually top the charts in many countries and in 2010, The Sunday Times named her the most successful solo British female artist in history. Nneka is a German-Nigerian singer, songwriter and actress who sings in both Igbo and English. From Warri, Nigeria, she is a popular name beyond the shores of Nigeria as she had her open act performing with dancehall reggae star Sean Paul back in 2004 at hamburg Stadtpark. Her first album “Victim of Truth” which was released in 2005 was released in Germany, England, France, Netherlands, Japan as well as Nigeria which brought her instant positive raves.

Taking a look into Nigeria’s problems, she released her second album in 2008 titled ‘No Longer at Ease” which is taken from the novel of the same name of literary legend Chinua Achebe. In 2009, the lead single from the album ‘Heartbeat” entered the UK Singles Chart at number twenty while it became her first song to break into the German Top 50. She won the Best African Act at the 2009 MOBO while in 2010 won the reggae category of the Museke Online Africa Music Award 2010 with her hit song, “Africans”. Her track “Kangpe” is also featured as a soundtrack on the EA Sports FIFA 2010 video game.

Oluchi Orlandi (née Onweagba) is a Nigerian model who is married to Italian fashion designer Luca Orlandi. Growing up in Lagos, Nigeria, the proud mother of two boys decided to compete in the inaugural edition of the Face of Africa competition in 1998  (now called the Nokia Face of Africa) at the age of 17. She won the pageant, which was the first-ever continent-wide model competition, organized by the South African channel M-Net in collaboration with Elite Model Management, thanks to the support of her family and friends.

As a model, she has graced the covers of several international magazines such as, Italian Vogue, i-D, Pop, ELLE, Untold, and Surface; she also was featured in Nylon, Marie Claire, Allure, and other national editions of Vogue around the world.  Oluchi’s runway experience has been with John Galliano, Christian Dior, Costume National, Chanel, and Giorgio Armani, amongst others, in London, Milan, Tokyo and Paris. She is a force to be reckoned with in the world of modelling but is relatively unknown in her country. Some attribute this to the fact that Nigerians say she feels too big to work with Nigerian Magazines and artists. Ben Okri was born on 15 March 1959. He is a Nigerian poet and novelist. Okri is considered one of the foremost African authors in the post-modern and post-colonial traditions and has been compared favorably to authors such as Salman Rushdie and Gabriel García Márquez.

He is sought after, he has outshone the shores of the country and he has numerous international awards to show for it. Even though not everyone in the country will agree with this, former president, Goodluck Ebele Jonathan is a darling of the international community. His glorious act of conceding defeat in 2015 to current president, Muhammadu Buhari, wowed the global community. Several world leaders hailed Nigeria and President Goodluck Jonathan for conducting successful and peaceful general elections and also for his show of sportsmanship in conceding defeat to Buhari, a development, which they said has put the country on the good books of the comity of nations. 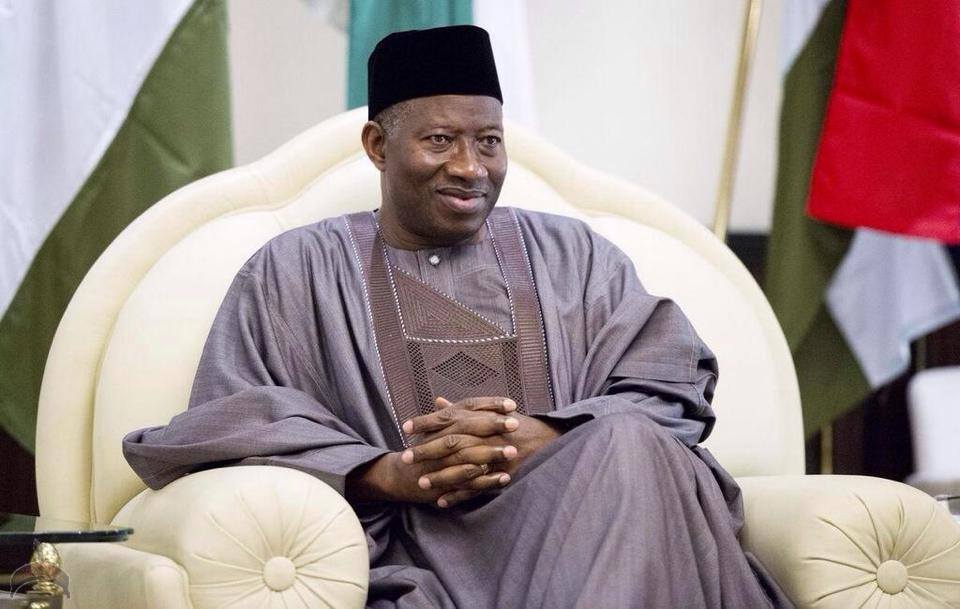 The former US President, Barack Obama, was quoted to have said after the elections that “President Jonathan has placed his country’s interests first by conceding the election and congratulating president-elect, Buhari, on his victory.”