OMG! See what Peter Okoye of P-Square was caught doing

One half of the defunct group Psquare, Peter Okoye aka Mr P took to his social media space to show off his music studio as he was working on a new project. Months back after the duo broke up, Peter okoye revealed that ‘I waited for months before I could get myself together again’ Apologizes to fans who are not happy with them By Iyabo Aina After months of speculations on their uncertain future, Peter and Paul Okoye a.k.a Psquare finally went their separate ways last September, and there has been no sign that the singing twin brothers will reunite again. One of the twin brothers, Paul, who spoke with Showtime Celebrity opened up on their break-up, his music and plans to rebrand himself.. How have you been coping as a solo performer? It’s been good because it’s still the same old thing. There is nothing new per se. It’s the same music, same style, same performance and same studio. The only difference is that I’m performing alone. At the initial stage, I wasn’t used to it but now, I’m getting used to it. Are you saying you are not missing your twin brother? I don’t even want to talk about the past. There are certain things you would ask me that will benefit you as a journalist, but won’t benefit me. So, the best thing I will do is to skip it because I don’t like discussing family issues. Except you want to know more about my personal family. As for my fans who want to hear my own side of the breakup story, I have my own way of communicating with them. L-R Peter, Jude, Paul Okoye Are the shows still coming your way since you went solo? Yes, that’s normal. I’m still attending shows.

Though there was a big breakdown when the breakup happened. Everybody was in shock because usually when things happen like that I always feel really low. I didn’t do anything again. I waited for almost nine months without doing anything. But this time, I’ve turned my life around, and in less than two months of doing so, things have started working for me again. Since then, I’ve released three songs. Will Psquare ever come together again? I didn’t leave the group and I don’t know why everybody keeps asking me that question. This is the fourth time it’s happening and I always wait. So this time, the difference is that I didn’t wait so I don’t have anything to say on the issue. But how are you trying to create your own brand after the breakup? When we were going for shows people used to call me ‘Rude Boy.’ It started from when we released one of our songs, ‘Busy Body.’ So, ‘Rude Boy’ has been there.

Even when I travel out of the country, our fans still ask me certain questions, which I don’t usually answer because I have certain things to protect. I didn’t work hard for twenty years just to throw it to the wind. I worked so hard for a reason and I’m keeping that reason to myself. That’s the reason I’m focused. How is your wife taking your breakup with your brother? I can’t say because it’s not my opinion, but I think she’s cool with it. When you started pursuing your solo careers, mouth-started wagging that you are not different from up and coming artistes? They know who they are referring to and whoever the person is referring to knows his or herself. Like I said earlier, nothing has changed. If you listen to our songs, it’s the same thing. 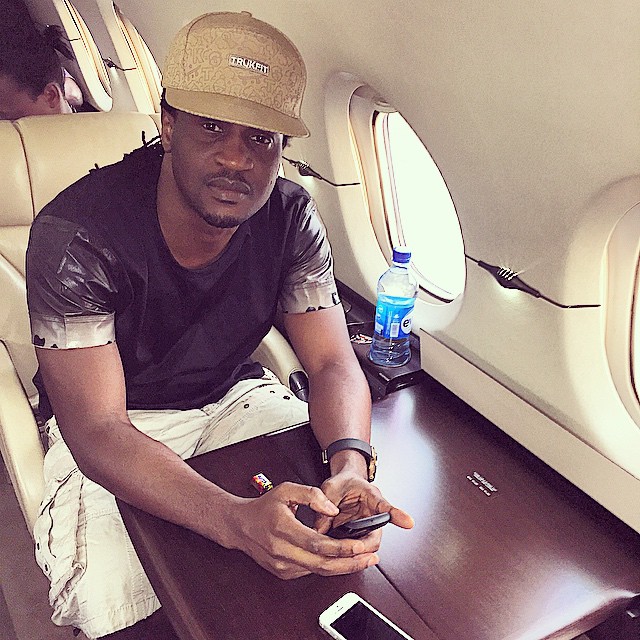 So, I cannot start overnight to discover new things because it’s still the same thing that I’m doing. I know we are in the new age of information technology, and people are free to say whatever they want to say. I know people are angry but there are certain things I cannot say because it’s a family issue. Like I said earlier, I don’t want to talk about the breakup because I need to protect my image. It won’t benefit me, but it will benefit the media. Anybody that knows me before now, would agree that I am not the social media type. We all have our respective jobs, my own part is what I’m playing which is to go to the studio to sing and write a good song. That’s what I’ve been doing over the years. But the difference now is that because I’m doing my own thing alone. I have to be out there and that’s what I’m trying to do for myself now; trying to be active on social media. In fact, I started being active on Instagram about two years ago. Before now, I used to spend my time in the studio. 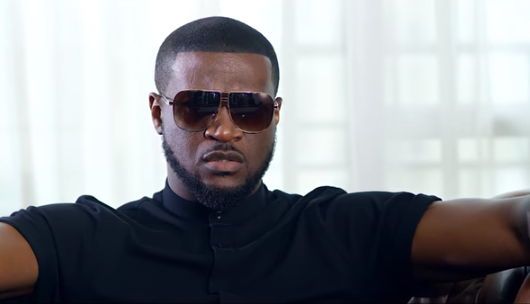 That’s why you can never hear anything about me then. The only thing now is that I’m still doing the same old thing- music. I know our fans are feeling happy, I’m sorry. I never hurt anybody. Sometimes, there are things that would happen to you and you would prefer to be silent and move on with your life. I’m fine with it because my silence means I’m protecting my family. Whatever is happening nobody is good. So, the best thing I’m doing is just to keep quiet and continue doing my music. Buying songs is becoming a trend in the Nigerian music scene. Do you think it’s the way to go? I’ve never had that experience before. I understand the part of production but the part of buying song is a normal thing in the music industry. I don’t see anything wrong with that as long as there are two ways of going about it; The artist earning his pay after the song is out or you paying the artist outrightly. Whichever way you are doing it make sure it’s documented. There is what we call coincidence in music, somebody might release a song now and two days later, another artist releases the same song. The former will accuse the latter of copying his songs. That’s why no matter who you are I don’t collect artiste’s CD for any reason, so they don’t come back to accuse me of copying their songs. Why do you want to change the name of your record label ? I don’t want it to be attached to my name for now. That’s why I want to change it because I am Rude Boy now and there are so many things I also need to change about myself. I will say 2018 is not a re-branding year for me, but for my record label. This is because I’m still the same person I have not changed. What inspires you to write songs ? It’s a gift and there’s a way I usually explain it, in as much as the voice is there. It’s how to put things together and it has been happening to me since I was a child. Gradually as I grew up, I realized that this thing is a gift that should not be wasted. I could remember buying a recorder then. I would keep it by my bed side and each time, I woke up from sleep at night, I would record the song playing in my mind. there was this melody that usually played in my head and while doing that, I would be doing the beat too.

Most of the songs I recorded back then are the ones that have become hits today. I can still remember how I got the inspiration to write songs like “Do me” “No one like You”, “Busy Body” and “Temptation.” I can still remember which room and where I was when I got the inspirations for the songs. Any retirement plan aside music ? I won’t say it’s a business but an investment. I mean property investment. Trust me, music is not for life though it can be for life as you get older. The best investment you can make today is going into real estate. Just be buying properties and keeping them because one day you will turn back and be proud of the investment that you have made.