It appears Davido’s online giving spree is showing no signs of stopping anytime soon – He gave another lucky fan the sum of N1million -The excited fan took to his Twitter page to thank Davido and Chioma Davido has continued his giving spree online.

this is unbelievable bro??,I was half asleep when the alert beep came in,It was expected but still felt unreal,big ups to @iam_Davido More blessings in your name,more big tunes in your name bro?1❤️@thechefchii,Thankyou so much , I’m grateful,God bless you #DMW❤️#ASA??? pic.twitter.com/IZOd72sv38 David Adedeji Adeleke (born November 21, 1992), better known by his stage name Davido, is a Nigerian singer, songwriter and record producer. His 2011 single “Dami Duro” was well-received throughout Nigeria. Along with his elder brother Adewale Adeleke, Davido is the co-owner of HKN Music (a record label home to Sina Rambo, B. Red and DeeKay).

The popular Nigerian musician has given out another large of money to a fan. It was earlier revealed that OBO had announced that he will be surprising a number of fans online. This move is aimed at promoting his new song with Duncan Mighty and Peruzzi.

The fan who has been identified as @Claudiuusss took to his Twitter page to thank both Davido and Chioma for changing his life with the money. “this is unbelievable bro,I was half asleep when the alert beep came in,It was expected but still felt unreal,big ups to @iam_Davido More blessings in your name, more big tunes in your name bro @thechefchii,Thankyou so much , I’m grateful,God bless you #DMW”

He has produced songs for Naeto C, Skales, Tiwa Savage and Sauce Kid. In April 2012, he signed an endorsement deal with MTN Nigeria. On October 23, 2013, Davido partnered with Guinness Nigeria for the “Guinness World of More” concert. Born in Atlanta, Georgia, Davido relocated to Lagos at a young age.

His debut album Omo Baba Olowo, released in 2012, was initiated by the bringing out of singles “Back When” featuring Naeto C, “Dami Duro”, “All of You”, “Overseas” featuring Sina Rambo, “Ekuro”, “Gbon Gbon” and “Feel Alright” featuring Ice Prince. Between 2013 and 2015, Davido released the singles “Gobe”, “One of a Kind”, “Skelewu”, “Aye”, “Tchelete (Goodlife)” featuring Mafikizolo, “Naughty” featuring DJ Arafat, “Owo Ni Koko”, “The Sound” and “The Money” featuring Olamide. The aforementioned singles were reportedly intended to be singles off the album, The Baddest. 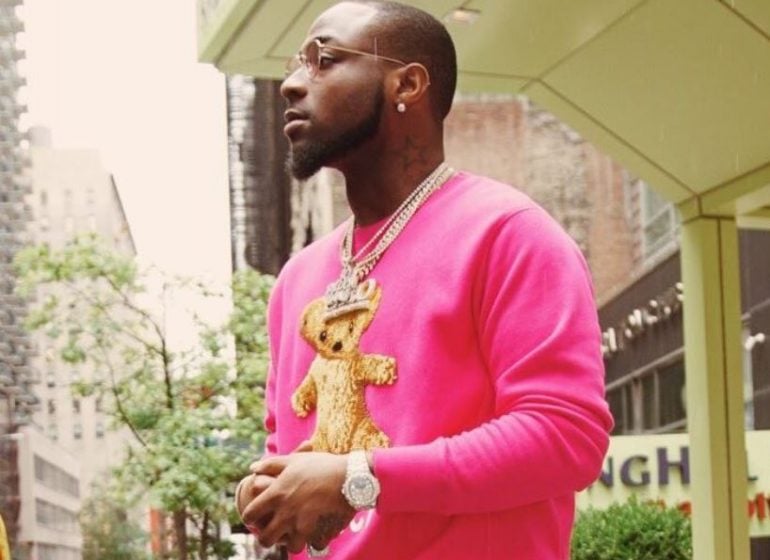 In January 2016, Davido announced via Twitter that he signed a record deal with Sony Music. His announcement was met with mixed reactions. The record label put out a press release to confirm the deal.Davido started his own label, Davido Music Worldwide (DMW), few months after signing with Sony. Dremo and Mayorkun are currently signed to the label. In July 2016, Davido signed a record deal with Sony’s RCA Records.