A South African man suffered the worst fate possible after he was suspected to have allegedly violated a five-year-old girl.

According to Twitter user @uYesuKrestu, the unidentified man had his privates cut off. Pictures were attached to the tweet. 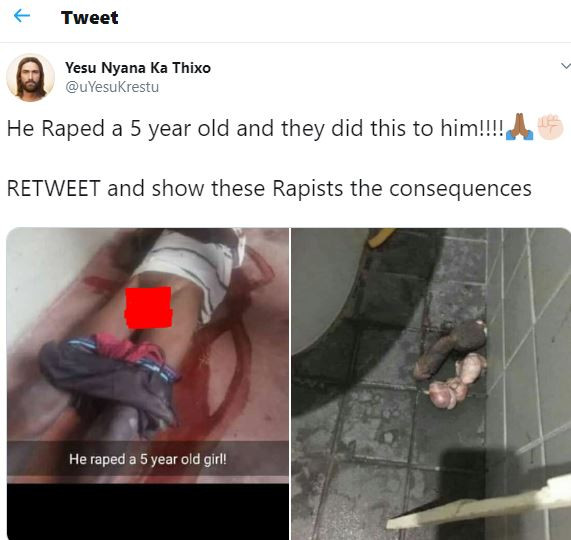 As South Africa battles with the problem of xenophobia, the country is also fighting against gender-based violence which has seen a large number of women and children violated in the past couple of months.

Cyril Ramaphosa, the President of South Africa who addressed the issue of gender-based violence in a series of tweets, wrote, ‘…and to MEN we say you have an important role to play in speaking out against gender-based violence, actively playing a role in transforming your own and other men’s attitudes towards women based on their sex, sexual orientation, gender identity and sexual identity’.