Hundreds of Nigerians are reacting to the killing of three policemen by the men of the 93 Battalion of the Nigerian Army Takum, Taraba State, most of them mocking the unfortunate incident.

In a statement signed by the Public Relations Officer of the Nigeria Police Force, DCP Frank Mba, the soldiers opened fire on an Intelligence Response Team (IRT) led by ASP Felix Adolije.

“The Operatives, who were taking the arrested suspect, Alhaji Hamisu to the Command Headquarters in Jalingo, were shot at severally by the soldiers despite sufficient proof that they are Police personnel on legitimate duty,” the statement said.

But the Acting Director of Public Relations of Nigeria Army, Col. Sagir Musa, said the team refused to stop when they were halted by the troops at three consecutive checkpoints. 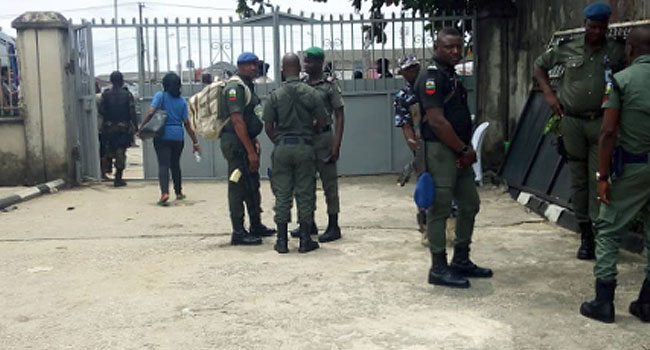 Reacting, a Twitter user Thundazz said, “But you guys can show power against non-violent protesters…. jokers”

Another user said, “So na only peaceful protesters you useless police Can do sakara for abi? This is just the beginning, let the #RevolutionNow start from your end. #Lifeless,” Revolutionary.
Ayemojubar described the sad incident as a food chain, “Soldiers feeding on Police, Police feeding on citizens. Who we go feed on?” 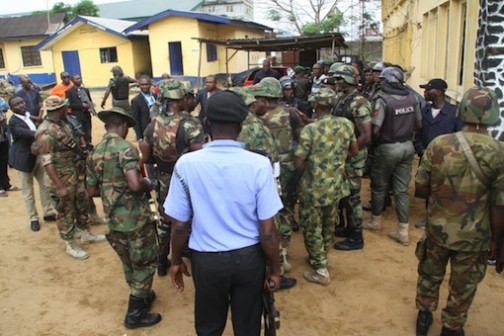 Mr Stephen called the attention of the police to the abnormality that is ravaging the country, “Who are you writing this letter to? Next time, when we protest against this evil regime, you guys will join us & not kill us,” he tweeted.

A sarcastic HumaneLeaderWanted tweeted, “We know how this will end. The army will deny its men carried out the attack Police will insist army carried out attack Presidency will ask them to settle as they are brothers in arms Buratai and IGP photoshoot amidst smiles. Police bury their dead Case closed! Magana ya Kari!”

One thought on “‘Soldiers feeding on Police, Police feeding on citizens’- Nigerians mock killing of police officers by soldiers ”