The presidency has spoken on why officials of the Nigeria Police Force used live bullets during a protest by the members of the Islamic Movement of Nigeria (IMN) in Abuja Monday, July 22, 2019.

There are conflicting figures about the exact number of casualties at the time of this report, but a Deputy Commissioner of Police and a reporter with Channels Television were among those who lost their lives when Shiite members who were demanding the release of their leader Ibrahim Zakzaky clashed with the police.

Speaking on Sunrise Daily, a programme on Channels TV, Femi Adesina, the Special Adviser to President Muhammadu Buhari on Media and Publicity said the police had to respond accordingly when the group went violent.

The media aide who tried severally to avoid the question why the police used live bullets, said the police would be the right channel to answer the question, however, he said, “The protest had been handled well so far until Shiite members went violent.

“You don’t expect the police to watch when protesters went violent by killing a DCP, burning cars, setting ablaze government facility,” he said.

Adesina’s statement is similar to what another presidential media aide, Garba Shehu, said on July 21, 2019 on the same TV station that the Shiites should not push the government to the wall.

Mr. Shehu had described the protesting members of IMN as “stupid.”

The Shiite members had been protesting against the continued detention of their leader Sheik Ibrahim El-Zakzaky who has been in the custody of the Nigerian authority since December 2015.

His members had barricaded the convoy of the Nigerian Army during one of their processions in Kaduna state which turned violent when they clashed with the soldiers. They reportedly lost several members during the fracas. 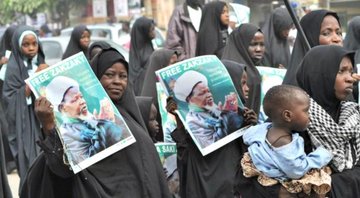 He had said, “Those guys are not intelligent. If they had read our statement correctly, they would have seen an olive branch. What is the government saying? We are still open to dialogue and we are willing to abide by adjudication by the court of law,” he said. 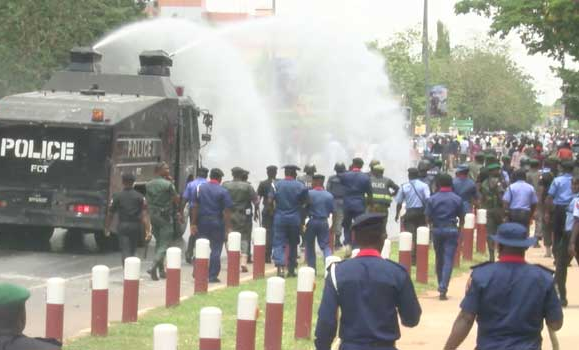 He said the security operatives would take action against the group if they toe the lie of violence,  “If they decide otherwise and they want to continue attacking the National Assembly, throwing stones at the police and burning down police vehicles and they think the army and the police are meek and powerless, they shouldn’t test those elements,” Shehu stated while featuring on Sunday Politics.

The latest violent clash has been condemned within and outside Nigeria.

Let’s know what your thoughts are about the latest reaction of the presidential aide to the violent clash between the police and Shiite members.