A commercial motorcyclist identified as Charles Enifa, has allegedly stabbed his wife and son to death, then proceeded to hang himself over allegation of infidelity.

The incident happened on Thursday, at 12, Obafemi Eruja Street, off Agbola Awojobi Street, in Aga Ikorodu, Lagos State.Their bodies were discovered around 5am, after their older children, Success, 12, and Favour, 10, opened the door and alerted neighbors.

However, other tenants at the residence fled their apartments following the incidents. Although it is not clear what exactly happened but people familiar with the family said the man has always disputed the paternity of the killed son. 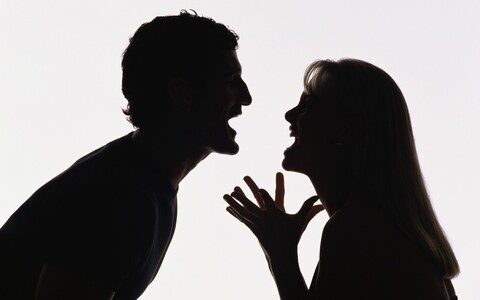 Jamiu Odukoya, son to the deceased’s landlord, disclosed, that, the couple had been enmeshed in fights and disagreement in the past two years, and the man always claimed he was not the young boy’s father.

He said: “I do not live here. I was called this morning (Friday) that something has happened and I rushed down to the house.I came here around 10am. Before I got here, I went to the police station but I was told that the police were already at the scene. When I came here, I met a lot of security people and emergency workers.

He added, “What I heard was that one of the tenants killed his wife and son over infidelity. They had been having issues. I know that when my father was alive, he tried talking to them and even advised the man to let the woman go if he thinks the boy was not his son.”