BBNaija: What Happened When Nollywood Actor, Kunle Afolayan Visited The Final Five In The House

Nollywood actor, film producer and director, Kunle Afolayan paid a visit to the Big Brother Naija house to see the final five and a couple of things went down.

Being their last Friday in the Big Brother Naija House, the Pepper Dem five had a task from Bet9ja to develop a witty comedy skit on responsible gaming. There was a prize attached to this; an all-expense-paid trip to Inagbe Resort. That was not all, winning team members can bring one person along.

In regards to the task, Kunle Afolayan was brought in to the house for a visit. From talking about his film making to his clothing line, the final five got a glimpse of what made him successful. His conversation with them was filled with tips on how to make it in the world of make-believe. 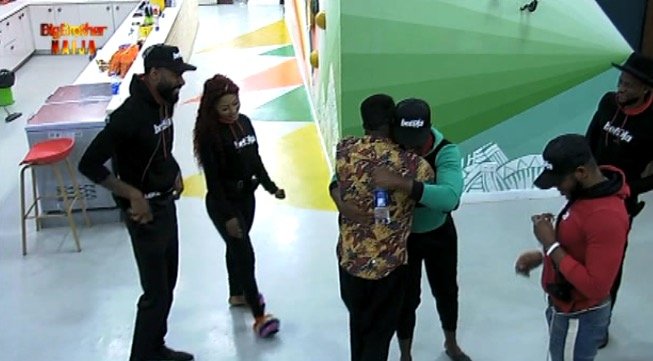 Before he left, the teams presented their skits and few corrections were made. He also offered to mentor the housemates outside the House. All they have to do is reach out to him.